Simply right-click on the Taskbar and choose “Taskbar settings” to choose which system icons appear.[/caption]

[General]
[Chat from Microsoft Teams]
[Microsoft Store] The following issues were fixed in the most recent Store updates: 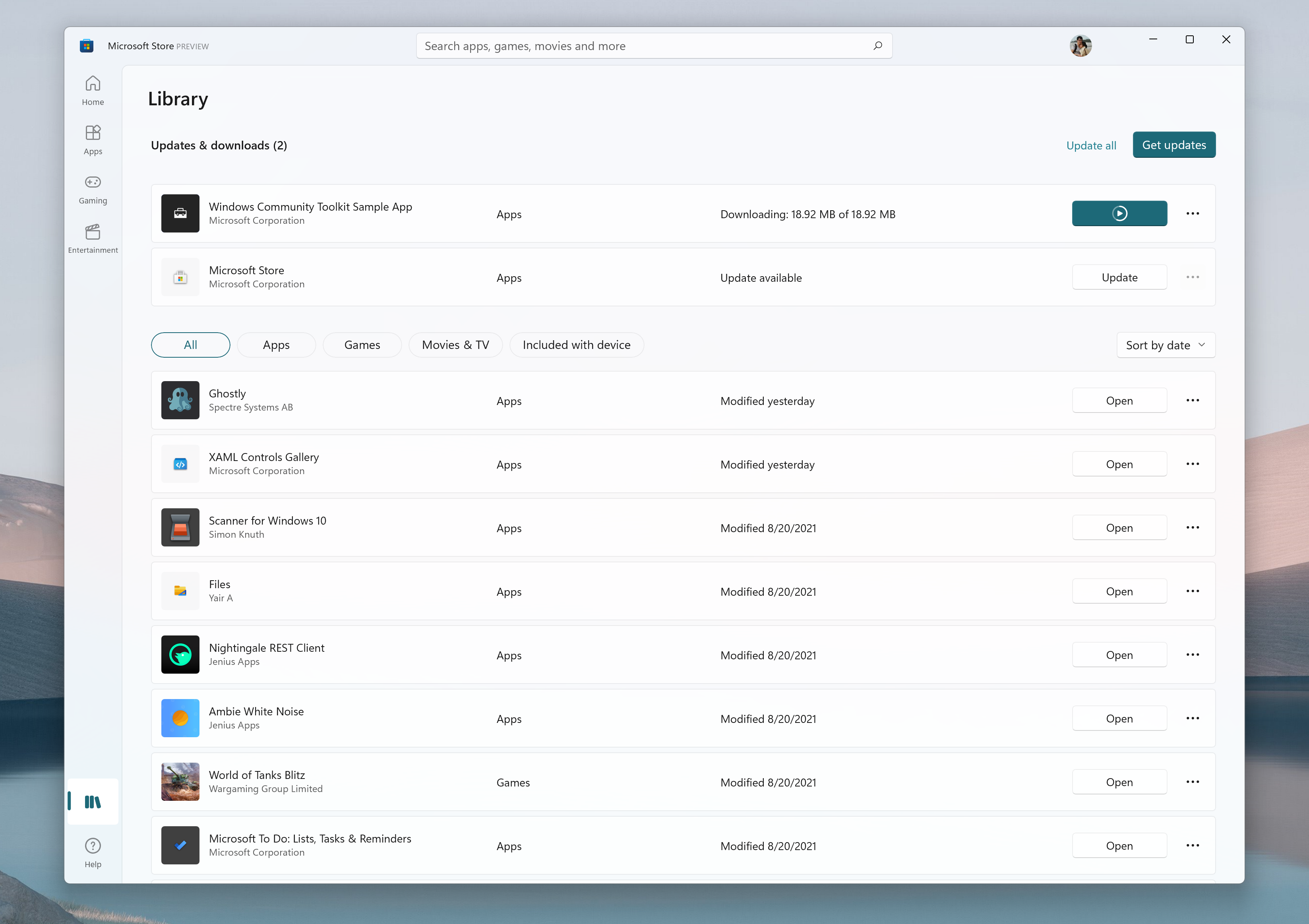 The new visual overhaul of the Library page in the Microsoft Store.[/caption]
[caption id="attachment_175254" align="alignnone" width="1620"]

You can now hover over items in Spotlight in the Microsoft Store to see more details.[/caption]