To continue celebrating our anniversary this week, we will begin rolling out 7th anniversary badge. Windows Insiders will soon see it in the Feedback Hub achievements section in the coming weeks. Thank you all for participating and supporting Windows Insider Program! [caption id="attachment_175354" align="alignnone" width="207"] 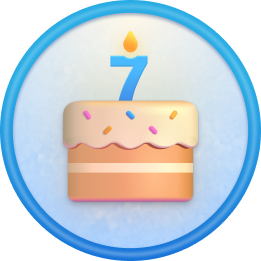 [Search]
[Settings]
[Other]
NOTE: Some fixes noted here in Insider Preview builds from the active development branch may make their way into the servicing updates for the released version of Windows 11 that became generally available on October 5th.