News Feed
Hello Windows Insiders, Starting today, we are releasing updates to the Beta Channel that put Windows Insiders into one of two groups similar to what we did back in 2019:
This approach will help us validate our ability to release updates with features turned off by default. It will also allow us to have greater insight into the impact of enabling new features. By comparing feedback and usage data between Insiders in these two groups, we will get to see if a feature is causing issues with reliability, for example. Based on this insight, it will help us make decisions on whether to make new features available for more Insiders by increasing their rollout or, in some cases, disable a feature to address bugs. The goal is to use the comparison data to ensure the best possible experience as we try out new features and experience with Windows Insiders in the Beta Channel. The majority of Insiders in the Beta Channel will automatically get the update (Build 22622.xxx). It is important to note that not all features will be immediately turned on with this update as we plan to roll them out and monitor feedback and see how they land before pushing them out to more Insiders. We realize that Insiders in the Beta Channel will want to choose which update they get. Insiders who land in the group with new features turned off by default (Build 22621.xxxx) can check for updates and choose to install the update that will have features rolling out (Build 22622.xxx). As part of this transition to using the enablement package, some Insiders who had previous features rolled out to them may see them disappear. If this happens to you, please install the enablement package and they should return shortly. We realize this isn't ideal, and we are learning how to best adjust our rollouts going forward to minimize disruption in previewing experiences. This approach is being used for the Beta Channel only and is not indicative of any changes or plans for final feature rollouts. The enablement package artificially increments the build number for the update with new features getting rolled out and turned on to make it easier to differentiate from devices with the update with features off by default . As a reminder, features we try out with Windows Insiders will ship when they are ready and not every feature that we try out in the Beta Channel will ship to general customers. Today we are releasing Windows 11 Insider Preview Build 22621.290 and Build 22622.290 (KB5014959) to the Beta Channel.

Windows Insiders can try out a new feature in this build for making everyday tasks quicker in Windows 11 through inline suggested actions. When you copy a date, time, or phone number, Windows will suggest actions relevant to you such as creating calendar events or making phone calls with your favorite apps. This feature is currently only available to Windows Insiders in the U.S., Canada, and Mexico.
[caption id="attachment_175727" align="alignnone" width="602"] 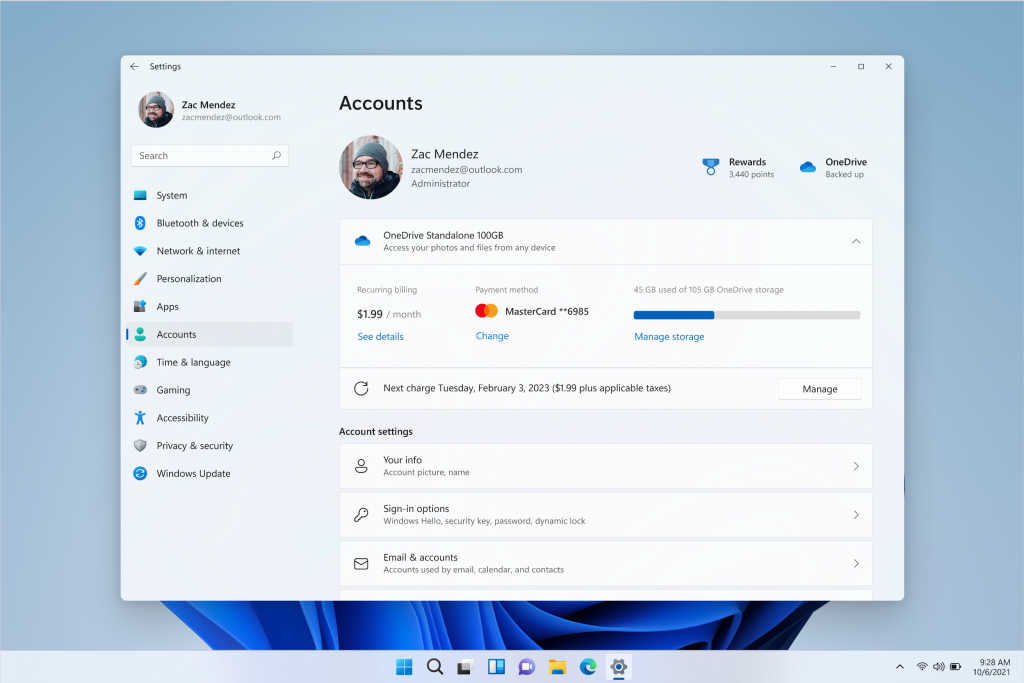 The OneDrive Standalone 100GB subscription management experience is live on Accounts page in Settings.[/caption] Starting with today’s build, we have begun enabling OneDrive Standalone 100GB subscriptions in the Accounts page within Settings, similar to the Microsoft 365 subscriptions. This will allow you to view your recurring billing, payment method, and OneDrive storage usage within Windows 11. Additionally, if you are close to or above your OneDrive storage limit, you will be informed on the same page. [caption id="attachment_175706" align="alignnone" width="1024"] 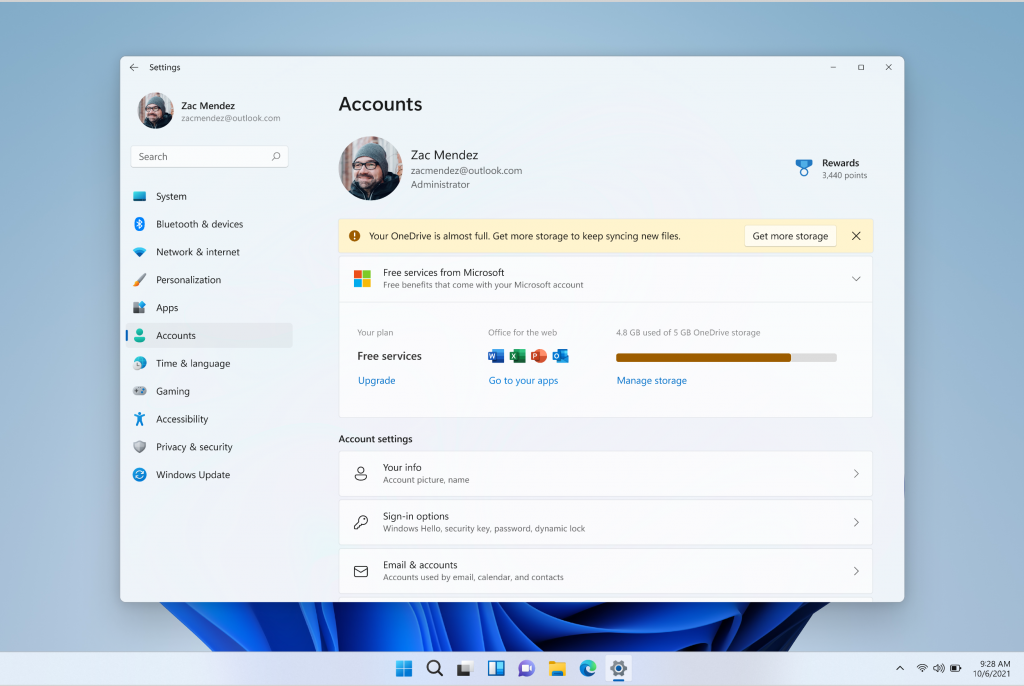 Banner shown on Account settings page alerting you about your storage usage.[/caption] [We are beginning to roll those features out, so the experience isn’t available to all Insiders just yet as we plan to monitor feedback and see how it lands before pushing it out to everyone.] FEEDBACK: Please file feedback in Feedback Hub (WIN + F) under Settings > Settings Homepage.

This update includes the following improvements:

About the Beta Channel​