We're reintroducing taskbar overflow, with a newly designed experience for Windows 11. This taskbar experience has been thoughtfully crafted to offer you a more productive switching and launching experience when space is constrained. Your taskbar will automatically transition into this new overflow state when it has hit its maximum capacity. In this state, taskbar will offer an entry point to an overflow menu that allows you to view all your overflowed apps in one space. [caption id="attachment_175763" align="alignnone" width="1024"]

Taskbar will offer an entry point to an overflow menu that allows you to view all your overflowed apps in one space.[/caption] The overflow menu will contain many of the current taskbar behaviors users are familiar with, such as supporting pinned apps, jump list, and extended UI. After invoking overflow, the menu will quietly dismiss once you click outside of it or navigate to an application. FEEDBACK: Please file feedback in Feedback Hub (WIN + F) under Desktop Environment > Taskbar.

The discovery of devices under nearby share when sharing a local file from the desktop, File Explorer, Photos, Snipping Tool, Xbox, and other apps that use the built-in Windows share window has been enhanced by using UDP (Network needs to be set to private) along with Bluetooth to discover nearby devices. You will now be able to discover and share to more devices including desktop PCs. [caption id="attachment_175758" align="alignnone" width="412"] 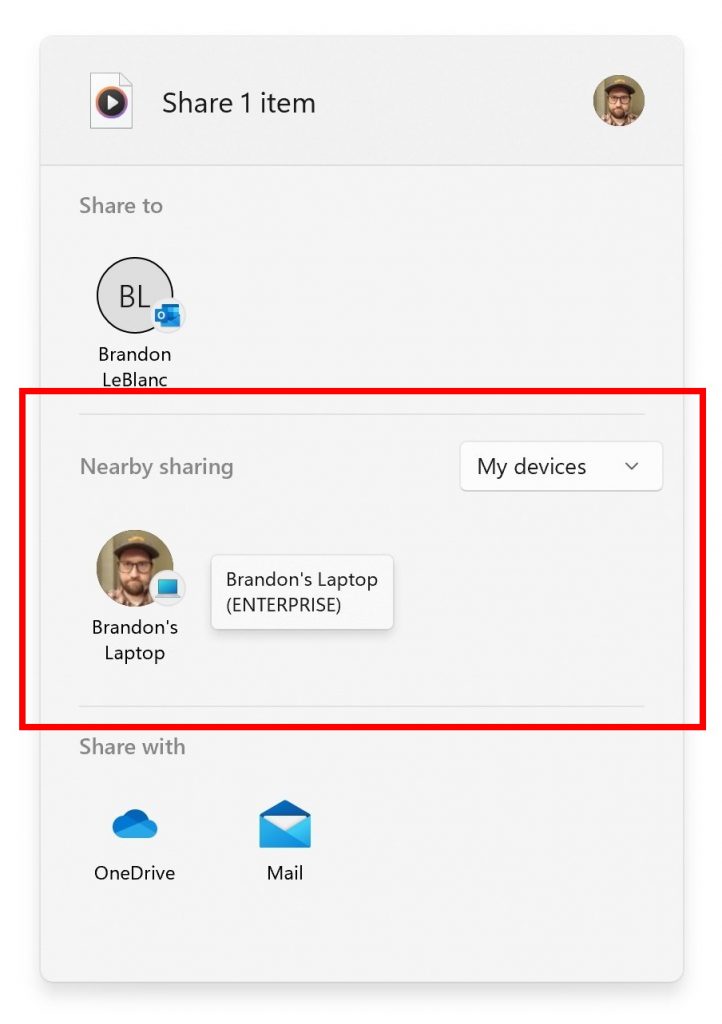 You can now discover and share to more devices with nearby sharing via the built-in Windows share window.[/caption] FEEDBACK: Please file feedback in Feedback Hub (WIN + F) under Files, Folders, and Online Storage > File sharing.

When sharing a local file from the desktop, File Explorer, Photos, Snipping Tool, Xbox, and other apps that use the built-in Windows share window, you can choose OneDrive as a target to directly upload the file to OneDrive and share it further along with access control options. All this can be done right from sharing local files in File Explorer without any context switches or opening the OneDrive app. [caption id="attachment_175759" align="alignnone" width="431"] 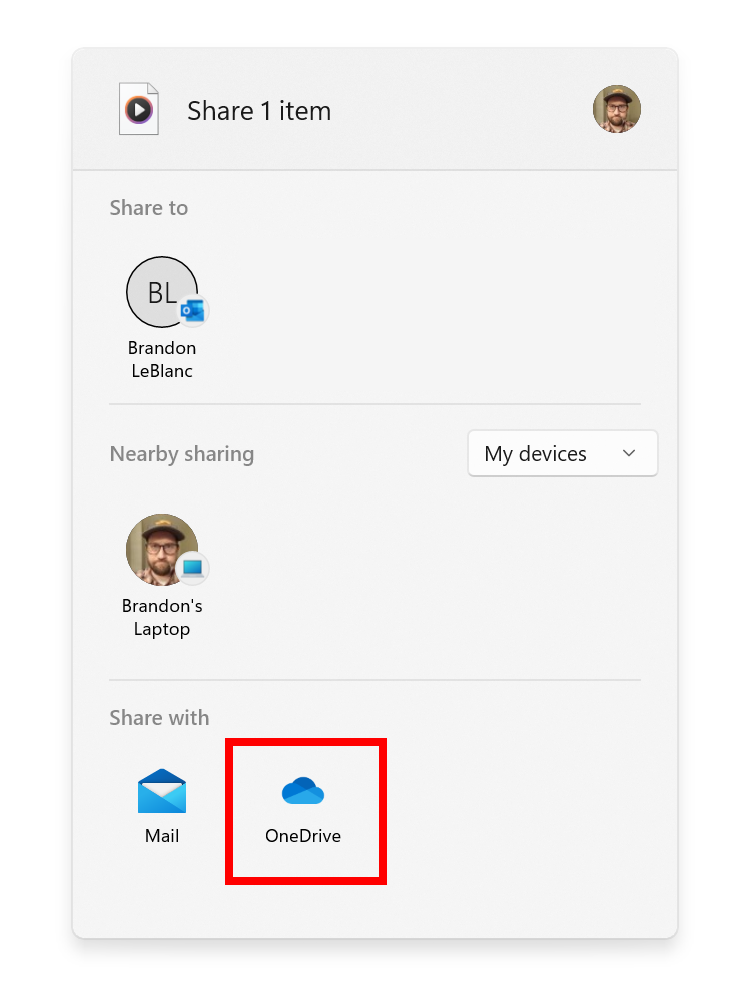 You can choose OneDrive as a target to directly upload the file to OneDrive via the built-in Windows share window.[/caption] (Please note this feature is currently only available for Microsoft accounts. A user will need to switch to their Microsoft account via the top right profile icon in the share window if logged in via AAD. AAD support will be added in a future update.) FEEDBACK: Please file feedback in Feedback Hub (WIN + F) under Files, Folders, and Online Storage > File sharing.

We are beginning to roll out a Microsoft Store update (version 22206.1401.2.0) with the following improvements: Browse and search with updated price designs: We made it easier to understand the prices, so you have all the info you need when searching for a new app, game, or movie. [caption id="attachment_175764" align="alignnone" width="704"]

Updated pricing designs in the Microsoft Store.[/caption] New ways to find game editions: We made it easier to find different editions of a game. View standard and deluxe editions so you can choose the game you want to play. [caption id="attachment_175765" align="alignnone" width="433"] 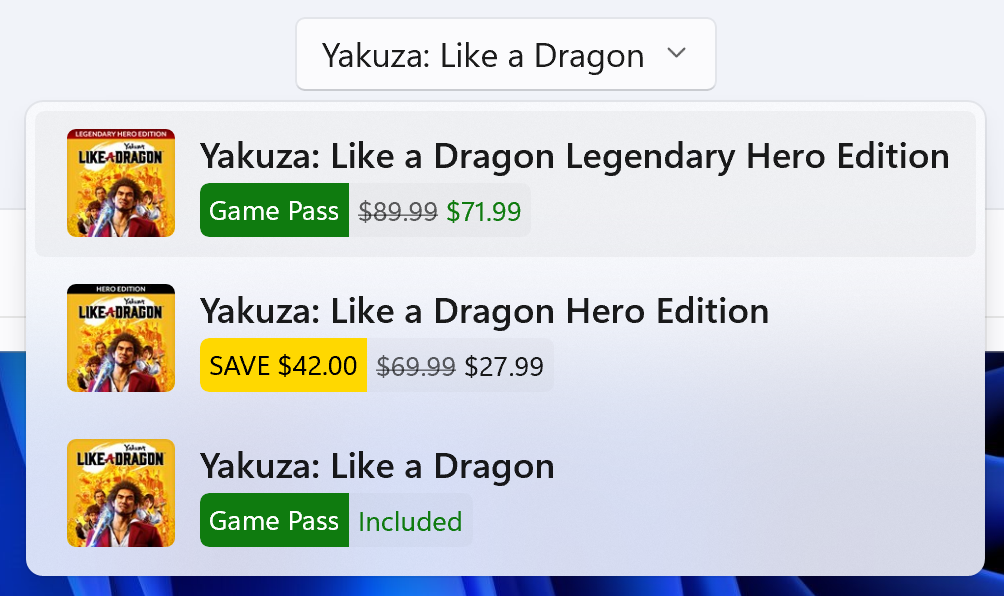