In this update, we have separated the widget picker and Widgets settings to make it easier for you to find and interact with each view. Now, the widget picker is opened by the "+" button and Widgets settings is opened by the “Me” button. We re-used the space the picker used to take in Widget settings to cover the highly requested taskbar settings based on Insider feedback to give you control over how the Widgets entry works on your taskbar. [caption id="attachment_175869" align="alignnone" width="320"]

The button that shows at the top right of the board to launch Widgets settings.[/caption] When you open Widgets settings by clicking on the “Me” button shown above, you will see three taskbar behaviors that you can toggle on or off. [caption id="attachment_175870" align="alignnone" width="600"]

Context menu when right-clicking on the taskbar shows Task Manager.[/caption]


Try the new Outlook for Windows ​

Windows Insiders who are also Office Insiders can try out the new Outlook for Windows. Office Insiders running Beta Channel or Current Channel (Preview) will see a “Try the New Outlook” toggle located in the upper-right corner of your classic Outlook for Windows. Just toggle this on and follow the onscreen instructions. In the coming weeks, this experience will also be made available for Windows Insiders in a similar toggle within the Windows Mail app. [caption id="attachment_175872" align="alignnone" width="1280"]

We are rolling out an update for Snipping Tool (version 11.2209.2.0) to Windows Insiders in the Dev Channel. With this update, Snipping Tool supports automatically saving your screenshots so you can recall them later. Look for your screenshot history in the Screenshots folder inside Pictures. This feature is on by default, but you can also change this behavior in app settings. [caption id="attachment_175873" align="alignnone" width="552"] 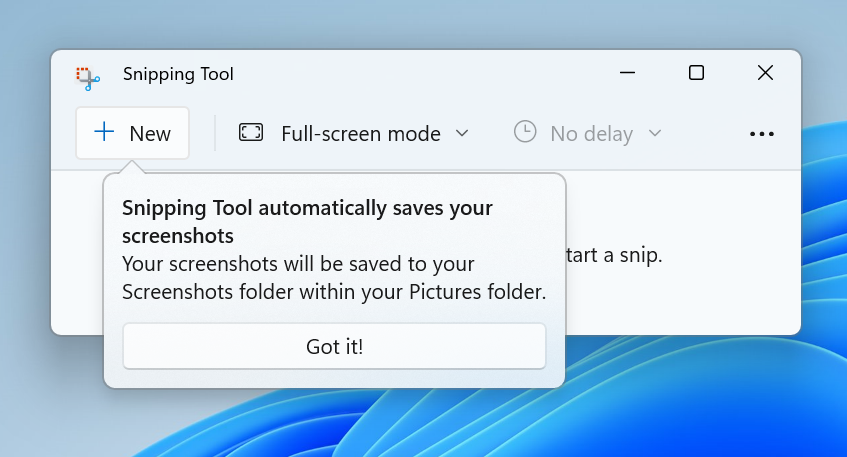