Ensuring consistent and predictable timing of restarts for Windows updates is a key part of a successful update strategy. To improve the predictability of restarts, we have made the following changes for the Update Stack Orchestrator:
[caption id="attachment_175913" align="alignnone" width="506"] 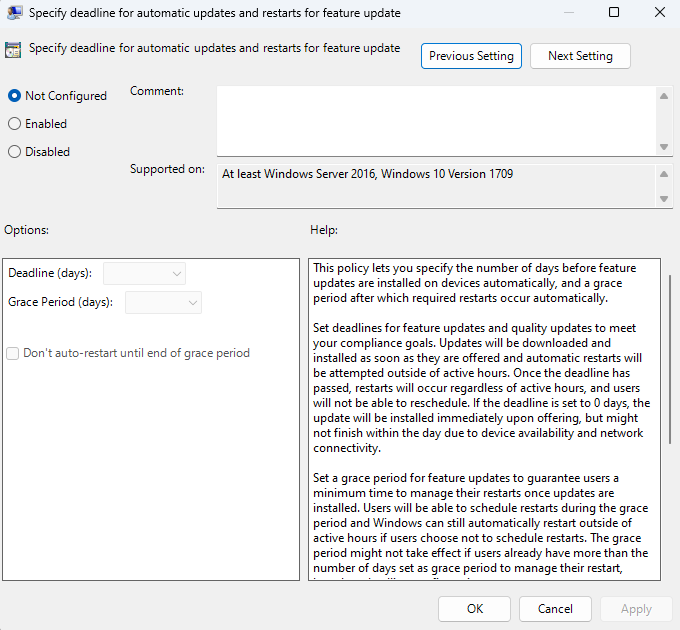 Screenshot of the Group Policy setting “Specify deadline for automatic updates and restarts for feature updates”.[/caption]
FEEDBACK: Please file feedback in Feedback Hub (WIN + F) under Install and Update > All other issues.

We’re trying out some different positions of the header with new icons for the Widgets board.[/caption]

NOTE: These fixes will only show if System Tray Updates (documented here) is enabled on your device. Tablet-optimized taskbar is still rolling out to Windows Insiders and not yet available for everyone.

Learn how and why we made features in the Windows 11 2022 Update. Check out our Inside Windows 11 website to hear and meet our makers from our Engineering, Design and Research teams as they share their insights and unique perspectives throughout this journey. Episode 1 – Windows 11 Accessibility Windows 11 makes it possible for anyone to be at their best, regardless of ability. Check out the full story about how we made Narrator, Live Captions and Voice Access features.

Windows Insiders across all channels running version 22209 of the Microsoft Store will see the following improvement:
[caption id="attachment_175915" align="alignnone" width="714"]