We're excited to announce that you can now instantly access your mobile phone's hotspot on your PC via the Phone Link app. The instant hotspot feature lets you securely start and connect to your phone’s Wi-Fi network without touching your phone. When your phone is within range it will appear in the Wi-Fi network list on your PC where a single click turns on the phone’s hotspot and connects to it. No more remembering and typing passwords or searching for hotspot settings on the phone. This provides an easier and faster way to repeatedly connect to your hotspot when you are on the go. This feature is rolling out to the Windows Insider community on select Samsung devices (details below). Please try out the feature and let us know what you think! [caption id="attachment_175929" align="alignnone" width="486"] 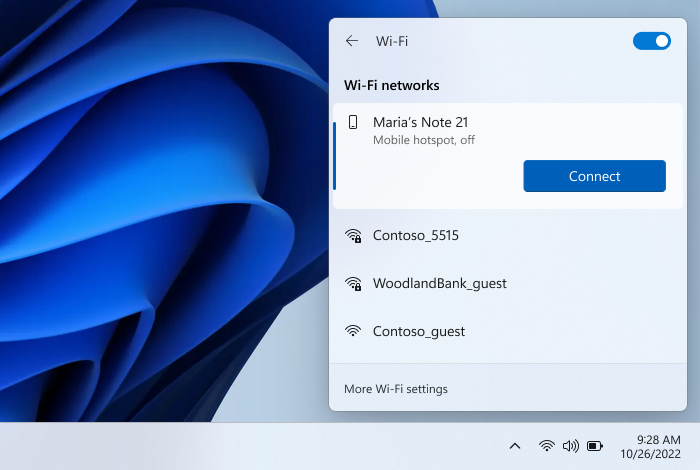 Quickly connect to your mobile hotspot on your Samsung device via Phone Link.[/caption] To use this feature, you will need:
The set-up flow can be triggered from the following places:
FEEDBACK: Please file feedback in Feedback Hub (WIN + F) under Apps > Phone Link.