Microsoft MVP
Just thought i'd share what my current project is for C# development so far... It will be public when i'm done with this.

It's an application that will walk through the steps of crash dump analysis and write output for you in a format of your customization. Including parts of what is outputted, it will recognize valuable output and parse that from driver queries when debugging, as well as any checked output from the configuration "Output" tab in my app's config.

You'll specify your own set of commands to run, and it will create a quick template of the output for each dump after being scanned, and will move these dumps to a processed folder, along with keeping track of which files you have scanned by collecting file checksum's for each file that went through the debugger....

Among many more features, which will be revealed when I'm even close to having a release candidate of this application. 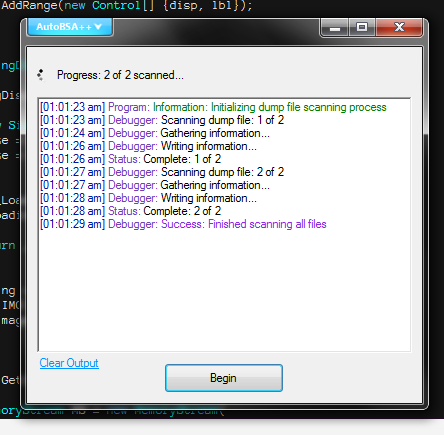 I lost all of my work a while back though so I finally got to the point where i've re-written everything, considering the paradigm of the OOP structure in C#, and i've even gotten past the point I was at when I lost all of my progress...

What my project looked like a few weeks ago: 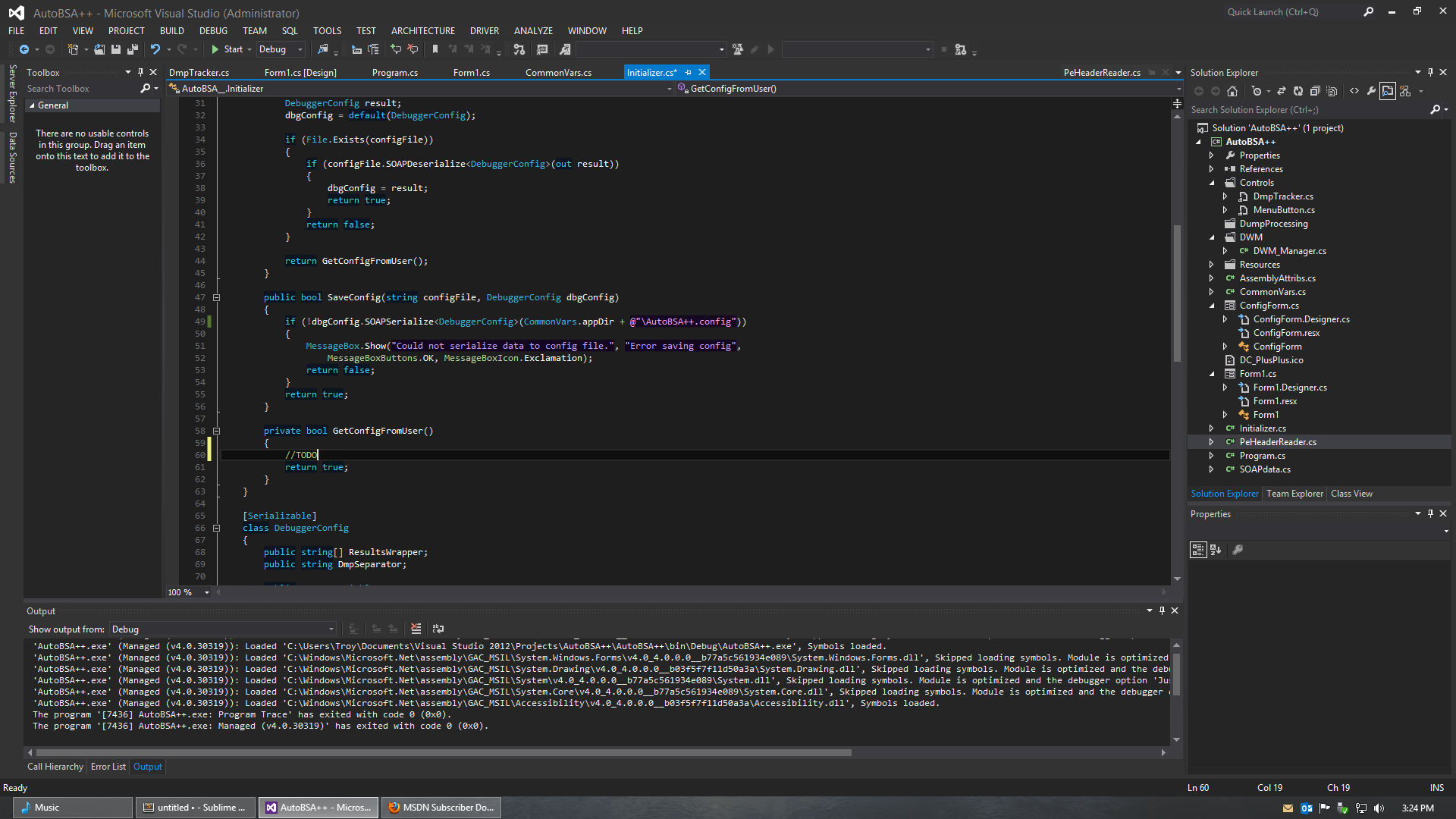 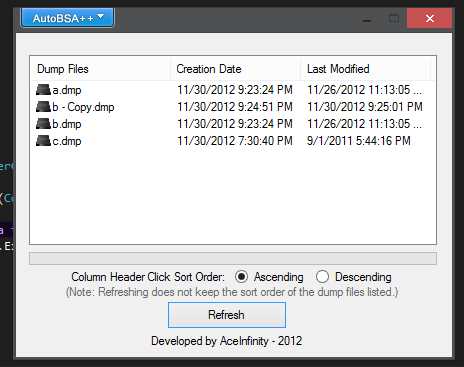 A few of the configuration screens i've got: 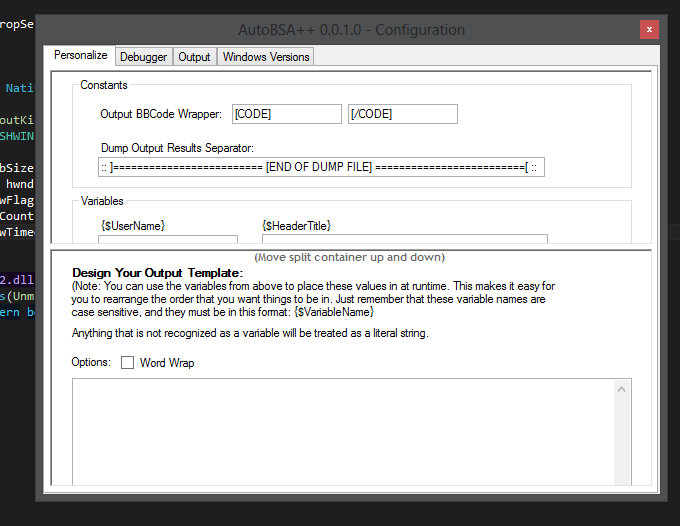 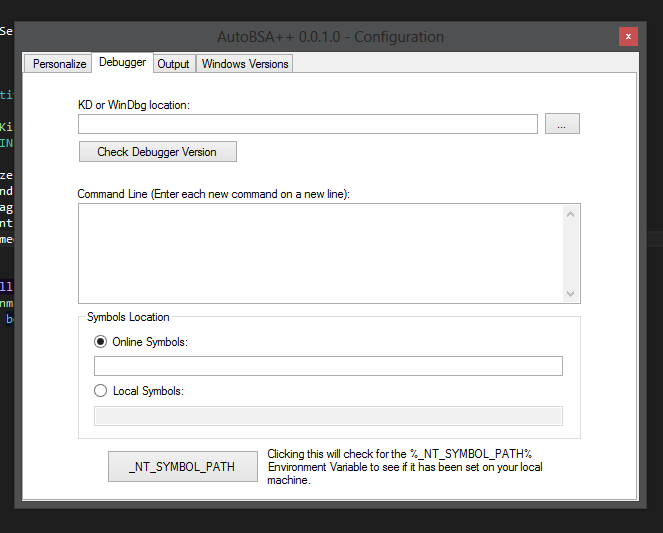 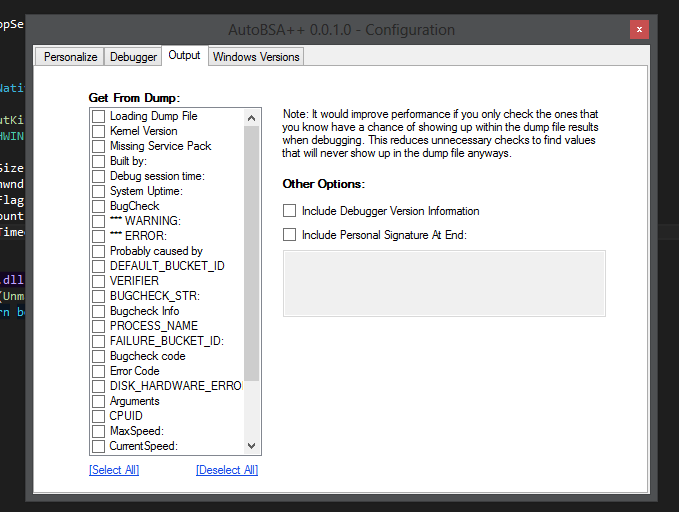 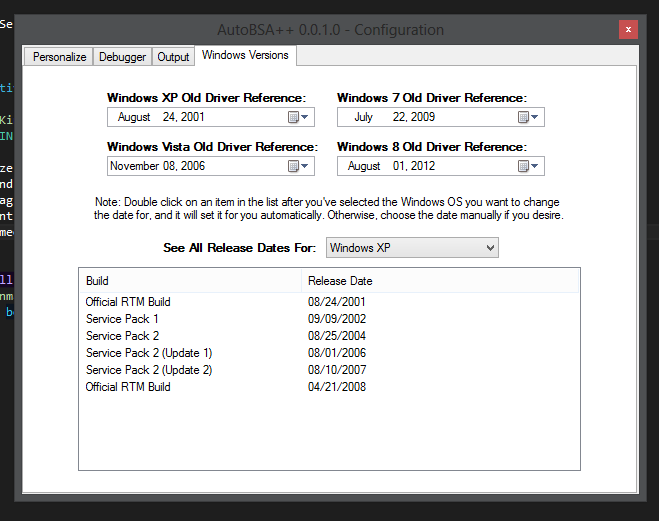 Most updated preview for the dmp file's recognition (gif):

I'm working on .dmp validation, and other stuff directly related to the debugger, scanning and all the rest of it, before I combine the classwork i'm doing. I did a quick visualization in Visio. This wasn't serious work, just to help me on my thinking, I have this layout saved, so I can add to it later on, along the way, but here's what I have: 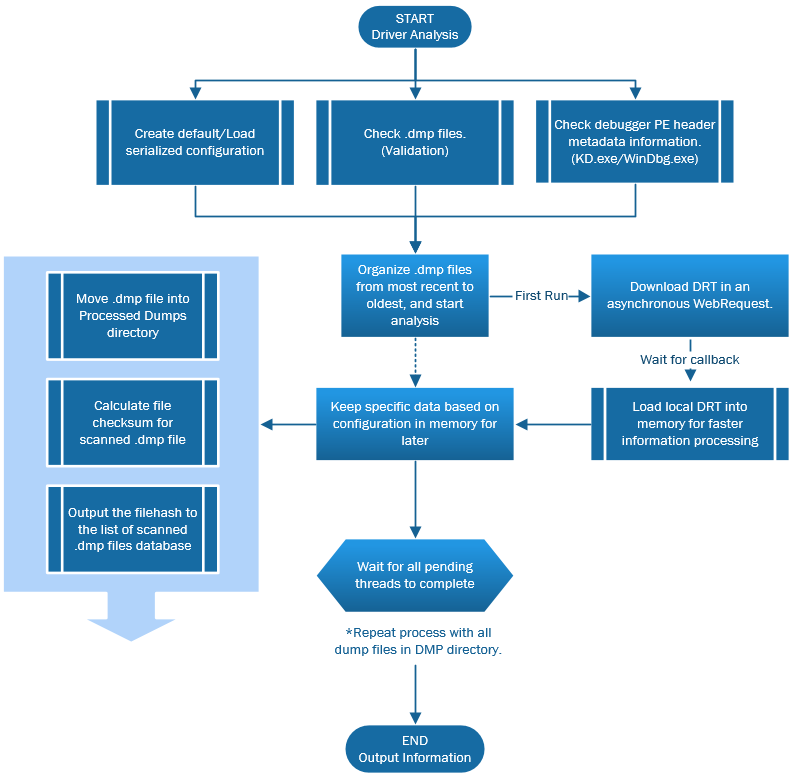 I'm hoping to have a public preview around Christmas time but I may miss my own personal deadline for this project to have a first release candidate completed.

It's just a wack of programming. Biggest project i've ever taken on quite honestly when you really understand all of what happens in the background. And i've taken the visual into this, as well as computer processing power, RAM, etc... All of the customization and controls I've built for the specifics here. I'm already at 4000 lines of code, and this is about 30% complete, I've wrote about 1000 between yesterday and today which were for the configurated portion, and rewrote it about 10 other times to have things working at their best. Considering that the paradigm of OOP was taken into account here too. That's a lot of code. I've been working on the classes for a month or two now.

Future versions will include a plugin system when I find out what I can allow the user to add extensibility to. Although I may end up writing a full configuration class on it's own for this as well for how much data is serialized and deserialized. Tracking it all individually manually through the code doesn't make enough sense to me.

And whether this means anything to you or not, here's a list of features that I will be working on in the future as well:


Code:
You must log in or register to reply here.

Yet Another Windows Media Player Conundrum . . .

A
Searching for files using tags