News Feed
For some people, it takes a long time to figure out what their life’s passion is going to be. Jonathan Morris started his journey as an entrepreneur in the fourth grade, when he sold sports-team themed bookmarks to classmates. Much later, in 2014, he channeled that enterprising spirit into opening his first official business – a barbershop in Fort Worth, Texas. “It’s in me to take ideas I’m fixated on and cultivate them into experiences that other people get to share as well. My hypothesis was that other people are likely to feel the same way,” says Morris, who grew up in Denton, Texas, but moved to Fort Worth (a half-hour west) 10 years ago from Dallas. “At that time, I saw a resurgence of barber culture and I saw it happening all over the world. But not in the town I live in. I wanted to create the barbershop that I’d want to go to.” A similar motivation led to his second business in Fort Worth: the Hotel Dryce, which just celebrated its one-year anniversary. An avid traveler, Morris likes to stay in independently owned/boutique establishments. “These are places that give me a sense of place and tell me where I am in a really authentic way, and again, I looked around my town and I didn't see anything like that. I don't think that people know how creative our city is. We're often marked as just being a town steeped in western heritage. We're more than just a bunch of cowboys down the street from Dallas. We're a town full of incredible artists and innovative entrepreneurs who are building toward the future and developing a more inclusive and diverse Fort Worth community than ever before.” Morris gives a taste of that through virtual tours on Instagram and explains how there is a line that connects the two businesses, and his approach to life, too. [caption id="attachment_177933" align="alignnone" width="1024"] 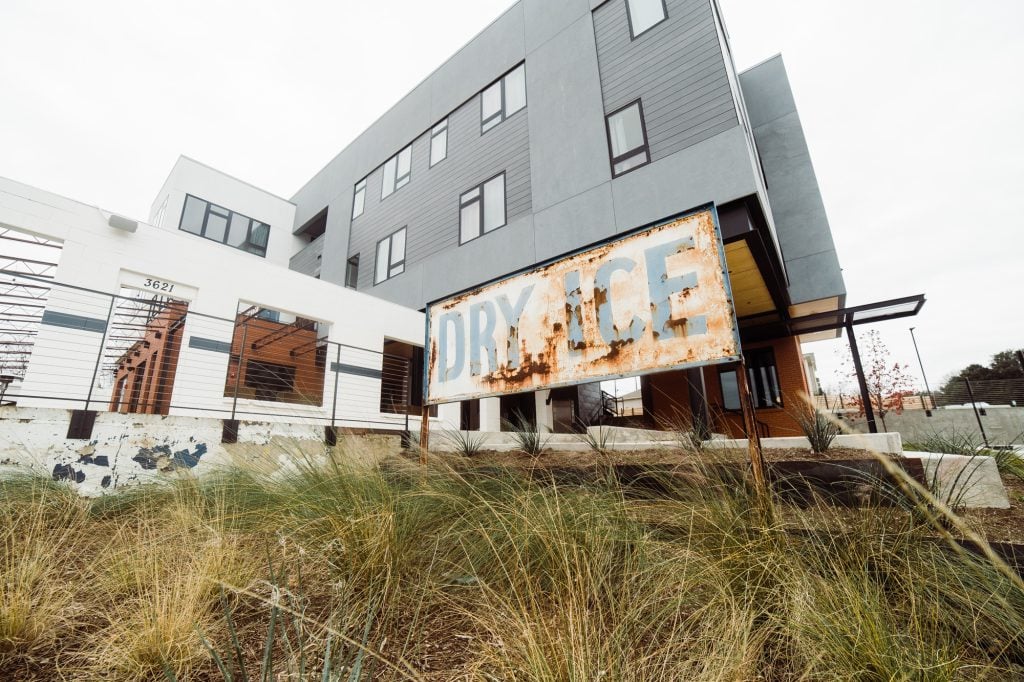 Hotel Dryce (photo courtesy of Jonathan Morris)[/caption] “We are very much supported by the communities that we exist in. A barbershop traditionally can be a community hub, where people have to come back to on a regular basis,” he says. “You're interacting with business owners and other patrons in this space. With the hotel, we’ve applied that same idea to a space where people are traditionally separate from the local experience, other than what they’re in town for. It becomes this place where locals and visitors want to be. That’s our sweet spot. I love creating this natural intersection of people visiting the city and people who call the city home.” On any given day, Morris says, the hotel lobby is abuzz with an informal consortium of Fort Worth locals and guests passing through town for a concert, rodeo or visiting family and friends. “It’s one of the things we do that helps us stand apart – introducing our city and our community to visitors in an authentic way,” says Morris, whose hotel is in the Cultural District, home to three art museums, a major sports arena and several locally-owned restaurants within walking distance. [caption id="attachment_177932" align="alignleft" width="754"] 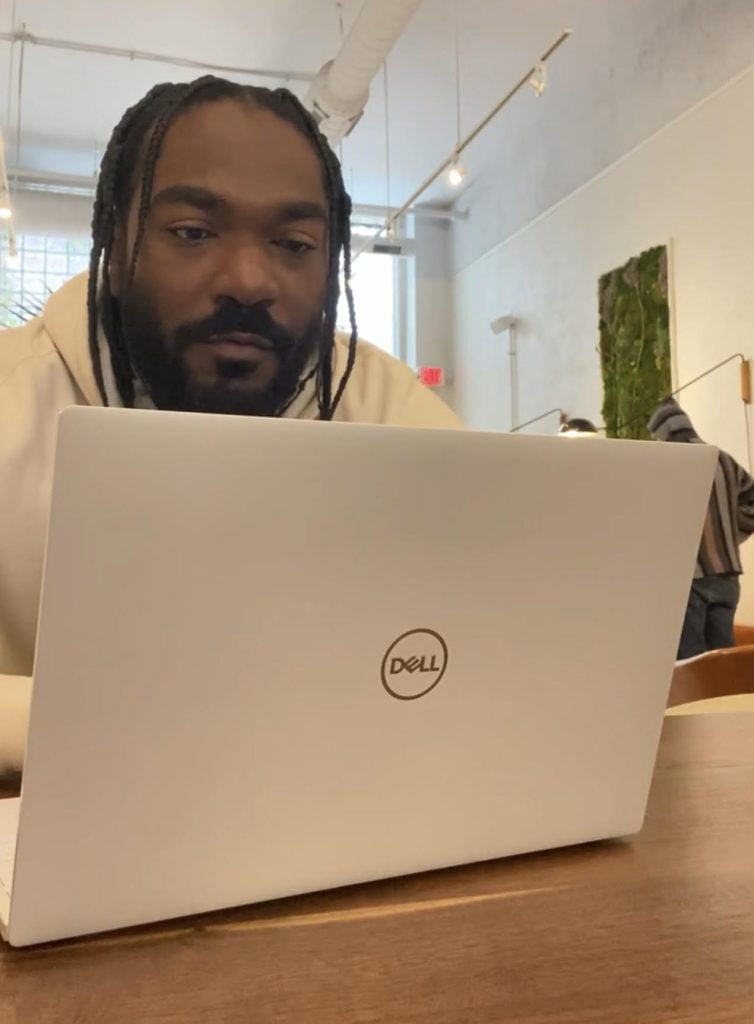 Jonathan Morris working on his Dell XPS laptop (photo courtesy of Jonathan Morris)[/caption] In his constant promotion of his current hometown through social media, travel and business meetings, he carries and uses a Dell XPS on the go. Dell is among the many companies Morris works with and has provided him with a new Windows 11 laptop as one of its brand ambassadors. For him, the reliability and long-lasting battery help him out immensely, so he doesn’t have to worry about plugging in and slowing down. And since he is taking it all over town and on his trips, he’s grateful it’s so lightweight. “A hotel is a living organism that never stops,” Morris philosophizes. “Getting used to that has been an education, to say the least.” Besides video meetings, Morris is using his laptop to keep up with his hotel dashboard, where he reviews upcoming reservations, occupancy projections and barbershop bookings, and schedules his staff accordingly. He's also emailing clients, creating content about his businesses and updating the processes for both. He admits he’s not the most organized person, so he appreciates finding what he needs on his PC quickly through search on Windows 11. [caption id="attachment_177937" align="alignright" width="1024"] 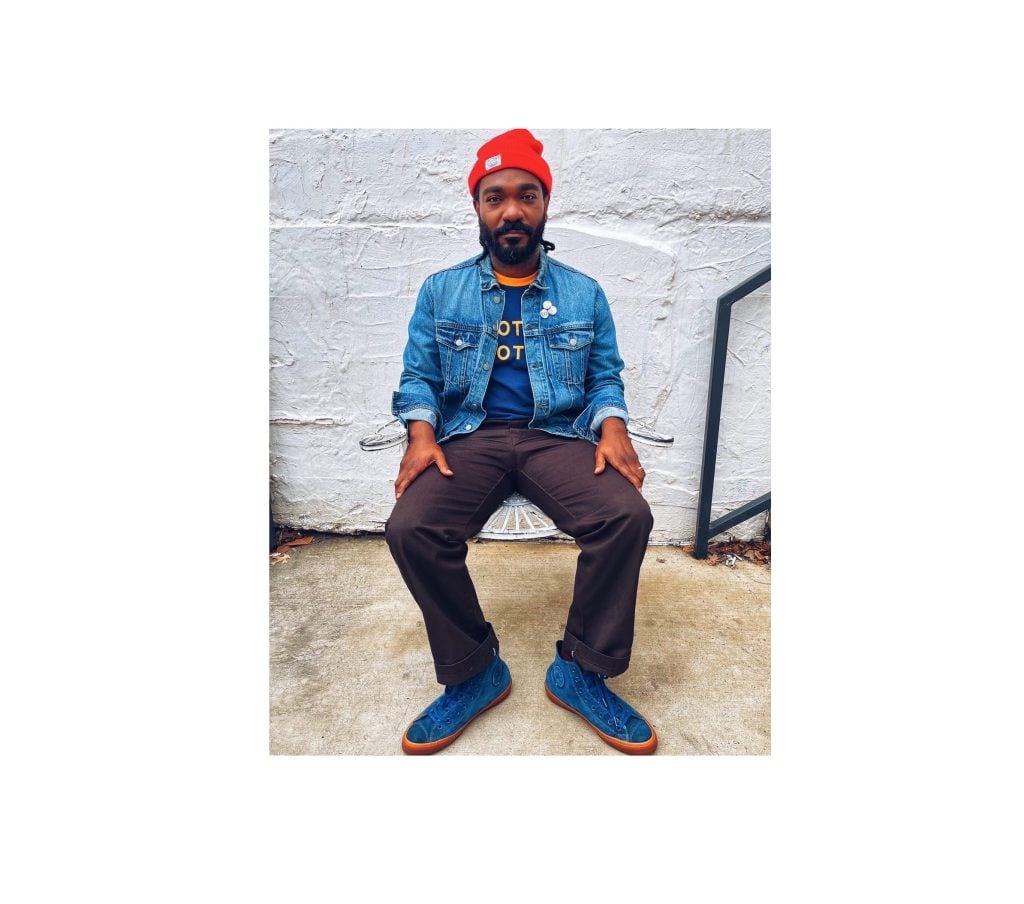 Portrait of Jonathan Morris (photo courtesy of Jonathan Morris)[/caption] Hotels and barbershops, he says, are businesses that have been around for a long time. And with them come old-school ideas on how to operate them. But he wanted to adapt those institutions to more modern ways of doing things. “One of the things that I find particularly important is to be able to take those really basic services and layer tech over top of them. That's what I've done in my entrepreneurial life. For nine years now, I’ve taken things that have been done forever and introduced them to my communities in a way that meets them where the world is moving and the way that people are interacting,” says Morris, who saw the opportunity for online and mobile bookings early on for the barbershop and later, with his hotel, integrated SMS communication between his guests and staff to provide better experiences. Find out more about him, his businesses and Fort Worth on Instagram. Lead photo: Portrait of Jonathan Morris (photo courtesy of Jonathan Morris)