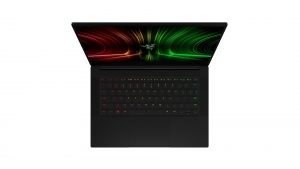 Razer Blade 14[/caption]
These devices are each powered by advancements from both AMD and Intel. The Blade 14 returns with the next generation of AMD Ryzen 6000 Series Processors. Every configuration prominently features the ultra-fast Ryzen 9 6900HX processor, enabling some of the most powerful AMD gaming possible on a mobile device. Both the Blade 15 and Blade 17 come equipped with the newest ️12th Gen Intel Core H-Series Processors, up to a Core i9-12900H with a new 14-core count over the previous 8-core generation. This newest generation of Core i9 processors will see high-speed frequencies up to 5.0GHz with lows of 1.8GHz.

With a newly implemented MUX Switch, the Blade 14 allows players to increase gameplay performance by utilizing the discrete GPU to drive games on the internal display. This laptop now also joins its slightly larger family members with the addition of the same fingerprint resistant coating and a 1080p Windows Hello IR webcam, making video calls twice as clear as before. 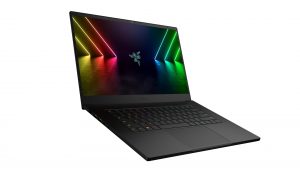 Razer Blade 15[/caption]
Beyond offering the latest chipsets from both NVIDIA and Intel, the Blade 15 returns with new IPS-Grade display with improved refresh rates, from 360Hz Full HD, to a high clarity 144Hz UHD, and for the best of both worlds a 240Hz QHD, while simultaneously covering up to 100% of the DCI-P3 color gamut, to provide superior clarity and contrast when gaming or creating.

Professional creators and gamers hunting for the ultimate desktop have a new option to consider: the new Blade 17. It comes with eight total speakers, up from the previous four, meaning creators can pick up minute details in audio mixing even without dedicated speakers or headsets. Enjoy more hours of gameplay than ever before when unplugged or on the go with the larger 82WHr internal battery, over 10WHrs larger than previous generations. 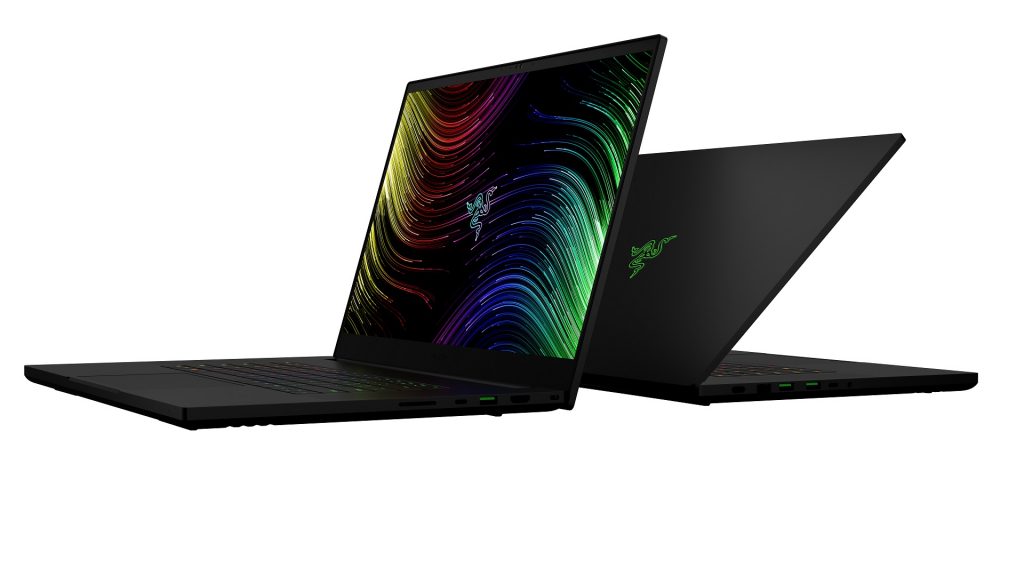 For more details, head over to Razer’s CES 2022 collection.