An F-15 Strike Eagle military jet has crashed in Libya, although US officials have claimed it was most likely a result of a mechanical failure rather than enemy fire. 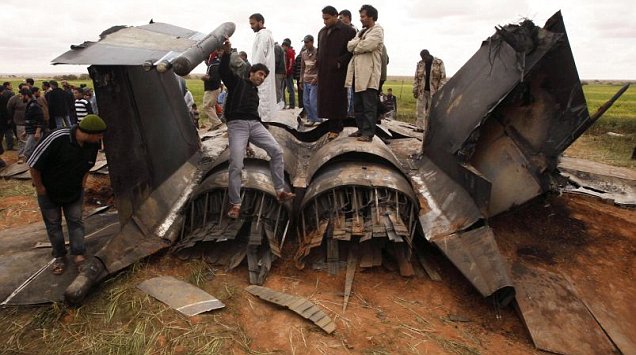 Both crew members, who suffered minor injuries, have since been rescued after ejecting from the stricken plane, which went down in a remote part of the country.

Very few details of the rescue effort have been released, although it has been confirmed the pilot and co-pilot ejected at a high altitude and consequently became separated - making the recovery mission more difficult.

The F-15 is being used alongside British Tornado aircraft and the Eurofighter Typhoon jets in patrolling the skies of Libya to enforce the UN's no-fly zone resolution.

It is thought the US jet was involved in a strike mission, targeting the anti-aircraft weapons of Colonel Muammar Gaddafi near Benghazi in the east of the country.

The latest development comes after a third day of bombing raids by coalition forces in a bid to cripple Gaddafi's counter-strike capabilities.

The Ministry of Defence has refused to give any details as to the success rate of their bombing campaigns in Libya, although a spokesman hinted the allies are confident in the hit-rate of their targeted strikes.

On Monday it was confirmed one raid had reduced to rubble a building in Gaddafi's control centre compound on the outskirts of Tripoli.

And the MoD said it believed the actions of the coalition had been successful in preventing Libyan forces loyal to Gaddafi launching an attack on the city of Benghazi, which is in the hands of the rebels.