Info from Osama raid shows interest in US trains

WASHINGTON – Some of the first information gleaned from Osama bin Laden's compound indicates al-Qaida considered attacking U.S. trains on the upcoming anniversary of the Sept. 11 attacks. But counterterrorism officials say they believe the planning never got beyond the initial phase and have no recent intelligence pointing to an active plot for such an attack.

As of February 2010, the terror organization was considering plans to attack the U.S. on the 10th anniversary of the 9/11 attacks. One idea outlined in handwritten notes was to tamper with an unspecified U.S. rail track so that a train would fall off the track at a valley or a bridge, according to a joint FBI and Homeland Security bulletin sent to law enforcement officials around the country Thursday. The al-Qaida planners noted that if they attacked a train by tilting it, the plan would only succeed once because the tilting would be spotted the next time.

The warning, obtained by The Associated Press, was marked for &quot;official use only.&quot;

Information on the train plot appears to be the first widely circulated intelligence pulled from the raid this week on bin Laden's secret compound in Pakistan. After killing the terror leader and four of his associates, Navy SEALs confiscated a treasure trove of computers, DVDs and documents from the home where U.S. officials believe the al-Qaida chief had been hiding for up to six years.

Other intelligence information gathered at the compound represented a terrorist wish list but has revealed no specific plan so far, a U.S. official said. He said documents indicated a desire to hit the U.S. with large-scale attacks in major cities and on key dates such as anniversaries and holidays. But there was no sign those plans were anything more than ambitions. The U.S. official spoke on condition of anonymity to discuss intelligence matters.

Intelligence analysts have been reviewing and translating the material, looking for information about pending plots and other terror connections. Even before the raid, intelligence officials for years have warned that al-Qaida is interested in attacking major U.S. cities on holidays, anniversaries and other dates that are uniquely American.

&quot;While it is clear that there was some level of planning for this type of operation in February 2010, we have no recent information to indicate an active ongoing plot to target transportation and no information on possible locations or specific targets,&quot; the warning Thursday said.

The FBI and Homeland Security told local officials to be on the lookout for clips or spikes missing from train tracks, packages left on or near the tracks and other indications that a train could be vulnerable.

Reuters/Stringer
Homeland Security spokesman Matt Chandler said, &quot;This alleged al-Qaida plotting is based on initial reporting, which is often misleading or inaccurate and subject to change.&quot; He said the government has no plans to issue an official terror alert because of it.

An official with the Association of American Railroads said the organization has received warnings from the federal government and is sharing the information throughout the railroad network. &quot;We are always making sure that the system is run as safely and securely as possible,&quot; the organization's spokeswoman, Patricia Reilly, said.

U.S. officials have disrupted other terror plots that targeted rails, including a 2009 plan to blow up the New York City subway system.

On Monday the FBI and Homeland Security warned law enforcement officials around the country that bin Laden's death could inspire retaliatory attacks in the U.S., and terrorists not yet known to the intelligence community could be operating inside the country. The transportation sector — including U.S. rails — remain attractive targets for terrorists.

Source: Link Removed due to 404 Error

The treasure trove of documents, multimedia, and computers seized in the raid on bin Laden's hideout is being exploited by intelligence experts for information on the terror network and future plots; on Thursday the FBI and DHS circulated to law enforcement units around the United States the first piece of information from the bin Laden raid: in February 2010 al Qaeda operatives discussed attacks on U.S. trains as a way to commemorate the 9/11 attacks; the discussions show that the planners, in order to achieve a maximum-casualty attack, were thinking of derailing a train so that it plunged into a ravine or fell off a bridge; the FBI-DHS Thursday warning urged local la enforcement to be circulated for clips or spikes missing from train tracks, packages left on or near the tracks, and other indications that a train could be vulnerable 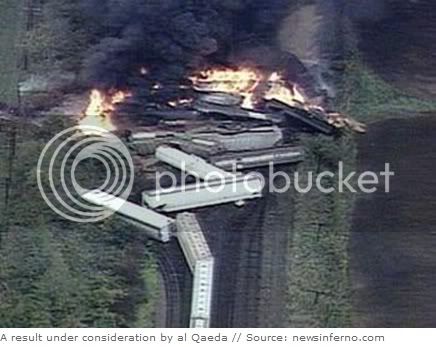 It appears that al Qaeda was planning an attack on U.S. railroads to mark the anniversary of the 9/11 attacks. U.S. officials confirmed to Fox News that documents retrieved from bin Laden’s hideout in Abbottabad, Pakistan, show discussions, in February 2010, of how to derail a train to achieve a large number of casualties.

The U.S. officials said that the plans were more aspirational than concrete, and that U.S. intelligence has not picked up chatter about such an attack. Fox News reports that one idea al Qaeda considered was to tamper with an unspecified rail track, causing the train to derail and plunge into a valley or fall off a bridge. The FBI and DHS on Thursday circulated this information to law enforcement units across the United States.

It appears that the train plot is the first piece of information retrieved from the bin Laden’s compound to be circulated to law enforcement.

“While it is clear that there was some level of planning for this type of operation in February 2010, we have no recent information to indicate an active ongoing plot to target transportation and no information on possible locations or specific targets,” the FBI-DHS Thursday warning said.

The FBI and DHS advised local officials to be on the lookout for clips or spikes missing from train tracks, packages left on or near the tracks, and other indications that a train could be vulnerable.

An official with the Association of American Railroads told Fox News the organization has received warnings from the federal government and is sharing the information throughout the railroad network. “We are always making sure that the system is run as safely and securely as possible,” the organization’s spokeswoman, Patricia Reilly, said. 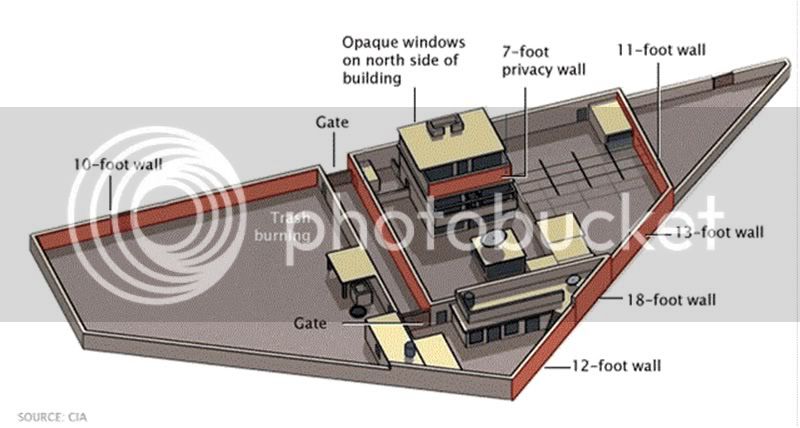 WASHINGTON, D.C. -- Al-Qaida considered attacking U.S. trains on the 10th anniversary of the 9/11 attacks, according to an initial look at DVDs, computers and other documents seized at the raid on Osama bin Laden's home, NBC News reported Thursday.

Sen. Saxby Chambliss (R - Ga.) was first briefed by the CIA director Sunday night about the raid, prior to President Obama's Sunday night address to the country.

&quot;They took computers, they took hard drives, they got loose papers, they got any number of particular items that are in the process of being examined right now. They're all probably encrypted so we're going to have to go through decoding and all that,&quot; Chambliss said.

Since the raid, Chambliss has been in non-stop, closed-door CIA briefings with other members of the Intelligence Committee, learning inside-information about the raid on Osama Bin Laden's compound. The ranking member of the committee says the raid could end up yielding much more for the U.S. than just the death of the world's most notorious fugitive.

&quot;There's another courier who is in custody and we'll be interested to see what kind of information is gleaned from individuals who were in the compound. They're in the custody of the Pakistanis right now,&quot; Chambliss told 11Alive News.

Chambliss shed new light on the raid Thursday morning and the 24 SEALs he said took off and returned to Jalalabad.

&quot;They encountered a lot of opposition that they didn't expect in the way of doors being bolted, and they had to blow those doors open to get up the stairs. There was some confusion,&quot; Chambliss said Thursday.

Concern persists around the intelligence community and in particular on Capitol Hill over Pakistan's knowledge of Bin Laden's whereabouts.

&quot;What my real question right now is, did the Pakistani military, or the intelligence community, know that bin Laden was living in that compound?&quot; Chambliss said.

Even Chambliss concedes Pakistan has proven itself a valued resource in the region and in foreign policy.

&quot;They have been an ally in some areas of the war on terror, they have taken down high-value targets and turned them over to us, they have provided other valuable information, but at the same time we know that there's been some cooperation between their intelligence services, called the ISI, and the Pakistan Taliban, and that's of a major concern,&quot; Chambliss said.