We are rolling out changes to Notepad that we think the community will enjoy!
[caption id="attachment_175689" align="alignnone" width="656"]

We are also beginning to roll out an update to Media Player in version 11.2205 and higher to Windows Insiders in the Dev Channel. In addition to performance improvements for users with large media collections, we’ve added a top requested feature based on your feedback! You can now sort songs and albums in your collection by date added. [caption id="attachment_175690" align="alignnone" width="708"] 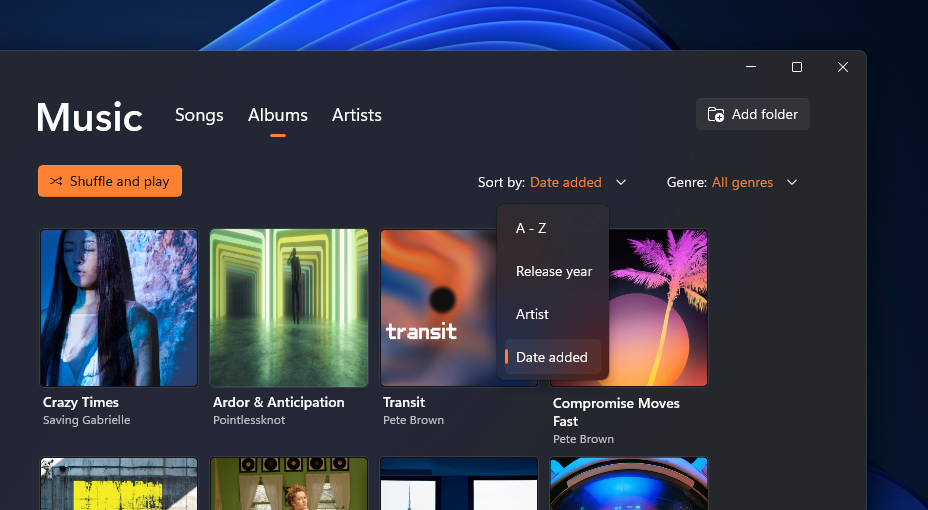 The albums page in Media Player sorted by the new date added sort option.[/caption] Also, back in March, we began rolling out support for CD playback. We also made improvements to better adapt to theme changes and to the media content drag and drop experience. These updates are also now available to all Windows Insiders. FEEDBACK: Please file feedback in Feedback Hub (WIN + F) under Apps > Media Player. Thanks, Dave Grochocki, Principal Product Manager Lead – Windows Inbox Apps

Update to Windows Subsystem for Android™ on Windows 11 (August 2022)