Windows 7 The Modern Warfare 3 Files: Exclusive First Details on the Biggest Game of 2011 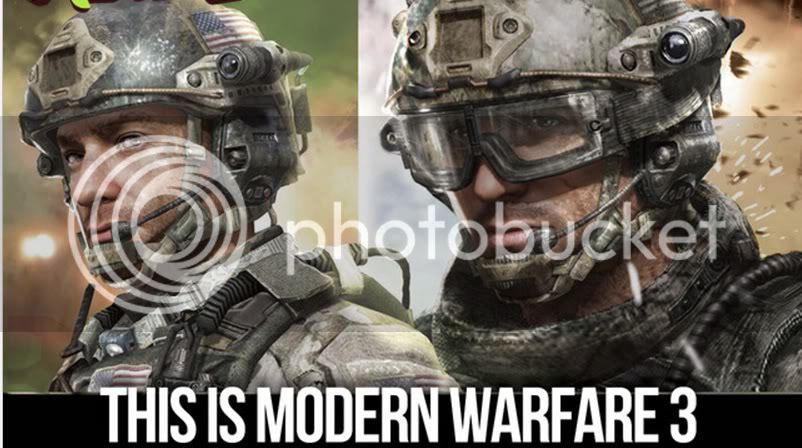 Call of Duty: Modern Warfare 3 is coming Nov. 8, 2011, Kotaku has learned, delivering with it mammoth battles that engulf a dozen cities around the world including New York, Paris and London.

Multiple sources have shared details of the game's story, art, sounds and game modes with Kotaku, noting that the game will reshape the landscape of the Call of Duty franchise, bringing an impressive number of eclectic settings, deep multiplayer gaming and a story that ties up nearly all loose ends from previous titles, including the final moments of key figures in the series' history.
While we haven't seen the game in action ourselves, we've gone to great lengths to nail down as much as possible the veracity of our sources. We believe that the imagery and chief details are accurate. That doesn't mean things can't change before release, but this appears to be a full run down of where Infinity Ward, Sledgehammer Games and Raven Software is on Modern Warfare 3 as they add the final polishing touches.

The game opens moments after the cliffhanger ending of Modern Warfare 2 with the U.S. struggling to stave off a surprise Russian attack. The single-player campaign will ping-pong players around the world as they take on the multiple throwaway roles as a Russian Federal Protective Services agent, SAS Operative, tank gunner, and AC-130 gunner as well as key characters from previous installments and new recurring characters. The game will feature about 15 missions, kicking off with the invasion of Manhattan by a Russian force and wrapping up with a final encounter in Dubai.

The plot, as described, seems to be keeping with developer Infinity Ward's habit of delivering complex, short sequences punctuated by lots of gunfire and scene changes. The game also has players take control of several vehicles, returning gamers to the AC-130 gunship as a gunner and plopping them down in a tank as part of a U.S. Armored Division. 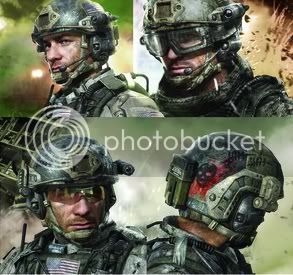 The single-player campaign, which appears to wrap up most of the unanswered questions and character fates of the first two Modern Warfare titles, also introduces new characters who appear to be destined for future Modern Warfare games, especially two Delta Force operatives codenamed "Frost" and "Sandman".

Multiplayer in the game returns with a chunky list of playable maps as well as two types of Spec Ops modes: "Survival" and "Mission".

Activision, the series' publisher, still hasn't officially unveiled any details about the game, though executives have said that a new Call of Duty game was coming this year. Last year's Call of Duty: Black Ops, developed by Treyarch, sold more than 7 million copies in the first 24 hours and within six weeks reached $1 billion in sales.

We've contacted Activision for comment and will update the story when and if they provide reaction.

Source: The Modern Warfare 3 Files: Exclusive First Details on the Biggest Game of 2011

Modern Warfare 3 Multiplayer Features Battles in Brooklyn, Clash in Mogadishu
Brian Crecente — Packed with 15 levels set in locations around the world, from Manhattan to the catacombs of Paris, Modern Warfare 3's near-future campaign looks to be an experience that will top anything seen before in a Call of Duty game.

Multiplayer, too, seems to be shaping up to be an experience packed with new maps, experiences and ways to game.

Sources tell Kotaku that Call of Duty: Modern Warfare 3 will have as many as 20 multiplayer maps, though it's unclear if some will be cut before release or perhaps sold later as expansion packs. The game will also include a powerful mix of mission-based and survival Special Ops modes. While the mission-based levels will be designed like the ones made popular in Modern Warfare 2, we're told, the survival maps will have players fighting until they're overcome by increasingly difficult waves of enemies.

While we haven't seen the game in action ourselves, we believe that the imagery is accurate. That doesn't mean things can't change before release.

We've contacted Activision for comment and will update the story when and if they provide reaction.

Click in the bottom right of the image to enlarge, on an arrow to see the next image or click here to return to the full story.

Battlefield 3 will own this bigtime... MW3 will be just like MW1/2 ie finnish solo in a day, then get bored with all the hackers online and it ends up just gathering dust under a week after purchase. Nice to see it shipping with 20 Mp maps, but Battlefield 3 ships with full map editor... so once again Activision are owned...lol
Last edited: May 16, 2011

Yes,Mw3! I can't wait! Also i am excited for Battlefield 3.