This normally graceful flamingo got in a flap when his normally finely-honed balance failed him in spectacular fashion. 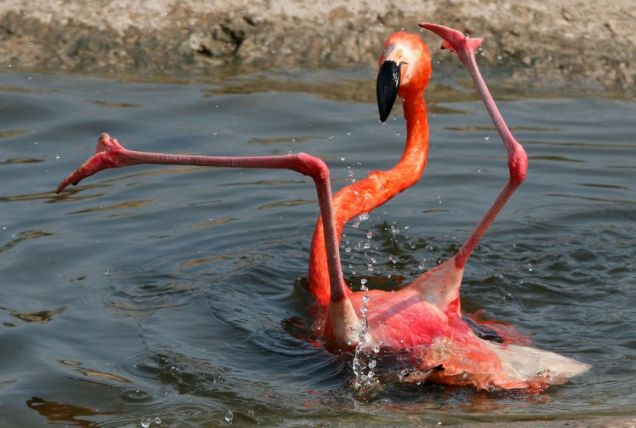 Usually known for their ability to stand on one leg without any trouble for hours at a time, this daft bird's balance totally escaped him as he took a tumble in a lake while going for a quick paddle.

Strolling through the shallow pool in his enclosure at Moscow Zoo, the flamingo went to dip his head under the water to cool off.

But, with his head well and truly submerged, he lost his footing and plunged head over feet into the water.

As he desperately splashed about, the confused bird begins to do somersaults with his legs wildly flailing in all directions.

After flipping over several times and almost sinking, the flamingo eventually managed to regain his composure and casually swam away like nothing had happened. 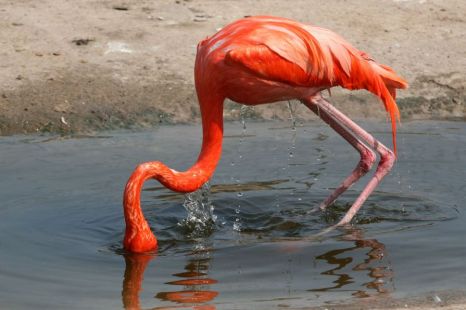 The quick-fingered Russian snapper said: 'I was just taking some shots of the flamingo taking a dip when he just fell over.'