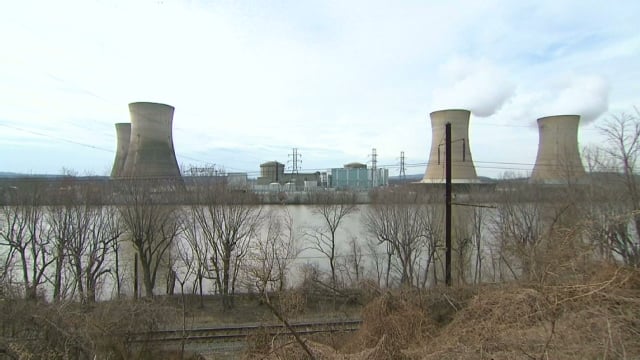 The Nuclear and Industrial Safety Agency raised the level from a 4 to 5 -- putting it on par with the 1979 incident at Pennsylvania's Three Mile Island.

According to the International Nuclear Events Scale, a level 5 equates to the likelihood of a release of radioactive material, several deaths from radiation and severe damage to a reactor core.

The Chernobyl nuclear accident in the former Soviet Union rated a 7 on the scale, while Japan's other nuclear crisis -- a 1999 accident at Tokaimura in which workers died after being exposed to radiation -- was a 4. The partial meltdown of a reactor core at Three Mile Island was deemed the worst nuclear accident in U.S. history.

Despite the more serious assessment, no expansion of the 12.4-mile (20 kilometer) evacuation zone was necessary, Hidehiko Nishiyama, deputy head of the nuclear agency, said at a briefing Friday.

Earlier evacuation orders took the possibility of greater damage to the plant into account, he said.

The agency raised the level not because of any new damage or increasing threat but because engineers now have images showing fuel rod damage and other problems inside the reactor buildings, he said.

"In order to overcome this crisis, the police, the fire department, self defense forces are all working together putting their lives on the line in an attempt to resolve the situation," he said.

Soldiers and utility workers in seven fire engines sprayed the plant's No. 3 reactor building with 50 tons of water on Friday in an effort to replenish the water in that reactor's storage pool, Kyodo News reported.

The head of the International Atomic Energy Agency, Yukiya Amano, cautioned against reading too much into the raised disaster assessment. He said it's too early to compare the plant's situation to Three Mile Island, and he said the disaster unfolding at Fukushima is not like what happened at Chernobyl.

But Peter Bradford, a member for the U.S. Nuclear Regulatory Commission when the Three Mile Island incident occurred, said Fukushima is clearly worse.

"In terms of severity, this accident left Three Mile Island in the rear view mirror several days ago," he said.

Amano also appeared to defend Japan's evacuation response, saying that IAEA guidelines call for exactly what Japan has ordered -- an evacuation of 20 kilometers in the event of a reactor meltdown and a 30-kilometer suggestion to stay inside.

At the same time, he said a four-member IAEA team would begin monitoring radiation levels in Tokyo, perhaps as soon as Friday night.

The decision to upgrade the assessment came as Japanese authorities came under fire Friday from within and abroad over the lack of timely information on the unfolding nuclear situation as they have battled since March 11 to contain the crisis.

People near the plant are increasingly frustrated, not just with the prolonged fight to curb radioactive emissions, but also the lack of immediate information from authorities, an official with a city government near the plant said.

"Evacuees, and that can be said of myself as well, are feeling anxious since we are not getting the needed information from the government in a timely manner," said Seiji Sato, a spokesman for the government of Tamura City, about 20 kilometers from the nuclear facility.

Amano pressed the Japanese prime minister to open up lines of communication about the crisis during a meeting in Tokyo.

Kan vowed to do as much, according to Japan's Kyodo News, saying he'd push to make more information available to the international community and release more detailed data about the nuclear situation.

"The Japanese government and IAEA should work doubly hard to pacify the great angst among the international community over this issue," Amano told reporters.

The comments came as the effort to prevent further crisis at the Fukushima Daiichi plant entered its second week Friday.

While official reports indicated that efforts to pump three of the plant's reactors most troubled reactors full of seawater have been at least somewhat successful. On Thursday, one of the IAEA's top aides, Graham Andrew, said there appeared to be "no significant worsening" at the plant, located about 150 miles (240 kilometers) north of Tokyo.

However, concern continues regarding storage units for used nuclear fuel.

Used fuel from the plant's reactors is stored in water-filled pools that help keep the rods cool and provide a shield against radiation. But in some of the pools, officials say the water has either leaked or boiled off, exposing fuel rods to the air and allowing them to partially melt or burn and send radiation into the atmosphere.

Friday afternoon's mission to spray water on the pools was the fourth, by air and ground, in two days.

It has not been determined how effective the efforts have been, said Chief Cabinet Secretary Yukio Edano.

But, Edano added, "We observed vapor after the water was (shot in), so we believe that water did reach the pool, for sure."

Still, no one is close to claiming victory. The nuclear plant's six reactors are in various states of disrepair and concerns are mounting over a potentially larger release of radioactive material.

Significant amounts of radiation were released after the 9.0-magnitude earthquake hit on March 11, followed by a tsunami that knocked out the plant's backup power generators and swept away cars and houses along its path.

Relatively high, but officially non-hazardous amounts of radiation have been detected in the air and water of Fukushima city, about 50 miles (80 kilometers) from the plant.

Wind patterns pushing radiation from the plant out to sea appear to be minimal for now.

Conditions at the Fukushima Daiichi plant itself remained very dangerous.

Radiation levels Thursday hit 20 millisieverts per hour at an annex building where workers have been trying to re-establish electrical power, "the highest registered (at that building) so far," a Tokyo Electric official told reporters.

By comparison, the typical resident of a developed country is naturally exposed to 3 millisieverts per year.

The company said Friday afternoon, though, that radiation levels at the plant's west gate, at .26 to .27 millisieverts, have been fairly stable over a recent 12-hour span.

In part of the effort to prevent greater radiation emissions, Edano has said addressing issues at the nuclear facility's No. 3 reactor -- the sole damaged unit that contains plutonium along with the uranium in its fuel rods -- remains the top priority.

Authorities are assessing whether to also spray in and around the plant's No. 1 unit, where seawater is being injected even after a March 12 hydrogen explosion, Edano said.

But, he said, the situation there was not as serious as in the No. 3 reactor.

Units 1, 2 and 3 are "relatively stable," despite the fact their "cores have suffered damage," said Andrew.

He said the used fuel pool at the No. 4 reactor is a "major safety concern," with the agency noting that no water-temperature data have been collected since Monday.

Still, a Tokyo Electric spokesman said Friday that video of the pool appeared to show it still contained water -- rebutting a claim Wednesday by U.S. Nuclear Regulatory Commission Gregory Jaczko that it had run dry.

On Friday morning, Edano said temperatures in and around the Nos. 5 and 6 reactors have risen, though not enough to pose immediate danger, according to a report by Japan's Kyodo News agency.

Water is being injected in and an emergency diesel generator has been connected to those two units to cool their spent fuel pools, a spokesman for Japan's Nuclear and Industrial Safety Agency said.

A Tokyo Electric official said an external power source, using what amounts to 1.5 kilometers of cable, should be set up Friday to power cooling systems for the Nos. 1 and 2 reactors.

Still, the official admitted this effort -- which had been scheduled to be completed Thursday -- "has so far not progressed as fast as we had hoped." Late Friday afternoon, Edano said that process was still ongoing.

Japanese officials have studied a plan to dump tons of sand and concrete on the plant to encase it, putting out any fires and preventing further radiation from escaping, Nishiyama said. But he said they have ruled such a course out as "not a realistic option" and will focus first on cooling fuel on the site and restoring power.

Although officials have described the plant's situation as relatively stable in the last day, Japanese workers don't yet have full control over the plant and its myriad problems and more setbacks are likely, said Robert Alvarez, senior scholar at the Institute for Policy Studies.

"This accident is likely to unfold over a matter of weeks," he said.

"It's a 15-round fight, we're probably in round three," he said. "With this nuclear fire, if you will, when (you) pour water on it one day, you have to go back and do it the same the next and the same the next ... It's a real long slog."


More Japanese nuclear crisis on par with 3 Mile Island
You must log in or register to reply here.