News Feed
Ramon Ray’s first foray into small business was as a computer consultant, more than two decades ago. The lifelong Windows user – a self-identified geek – didn’t know why he was so drawn to technology from such an early age, but he built do-it-yourself electronic kits from Radio Shack (such as transistor radios) as a kid. His dad being an electrician also probably influenced him too. His comfort level with modern tools went hand in hand with a willingness to take on risk – something he compares with free climbing. Ray – who grew up in the Midwest, “where neighbors nod at each other and say hello” and later, New York City – projects an extrovert’s comfort with events and public speaking and pivoted toward remote versions of both during the pandemic. “I like small business. I like the hustle. I like the risk. I like working for myself. I like the freedom, the independence,” Ray says. “It's in me to do that art of creation and work with who I want, how I want and serve them what I want. That's why I started my second, third and fourth businesses.” He embraced the internet and blogging, which led to his current role: helping small businesses through news, trends and insights on his Smart Hustle site. A small but mighty team churns out stories and tips. The site is available year-round, but expects to see a spike of traffic during National Small Business Week, which runs May 1 – 7. “I love inspiring people and helping people live better lives,” says Ray, who has constantly adapted to technology and the times on his self-employed journey – which includes a stint at the U.N. (on an administrative level), a brief interview with President Obama and completing the FBI Citizens Academy. “If I can help a small owner grow their business, I enjoy it. Telling their stories, of their entrepreneurship, of black enterprise especially, energizes me.” Ray says Smart Hustle appeals to any kind of small business; but in particular, creators (such as podcasters), career coaches, authors and speakers gravitate to it. On it you’ll see profiles of small businesses, reminders to not fear failure and best practices. [caption id="attachment_177135" align="aligncenter" width="2048"] 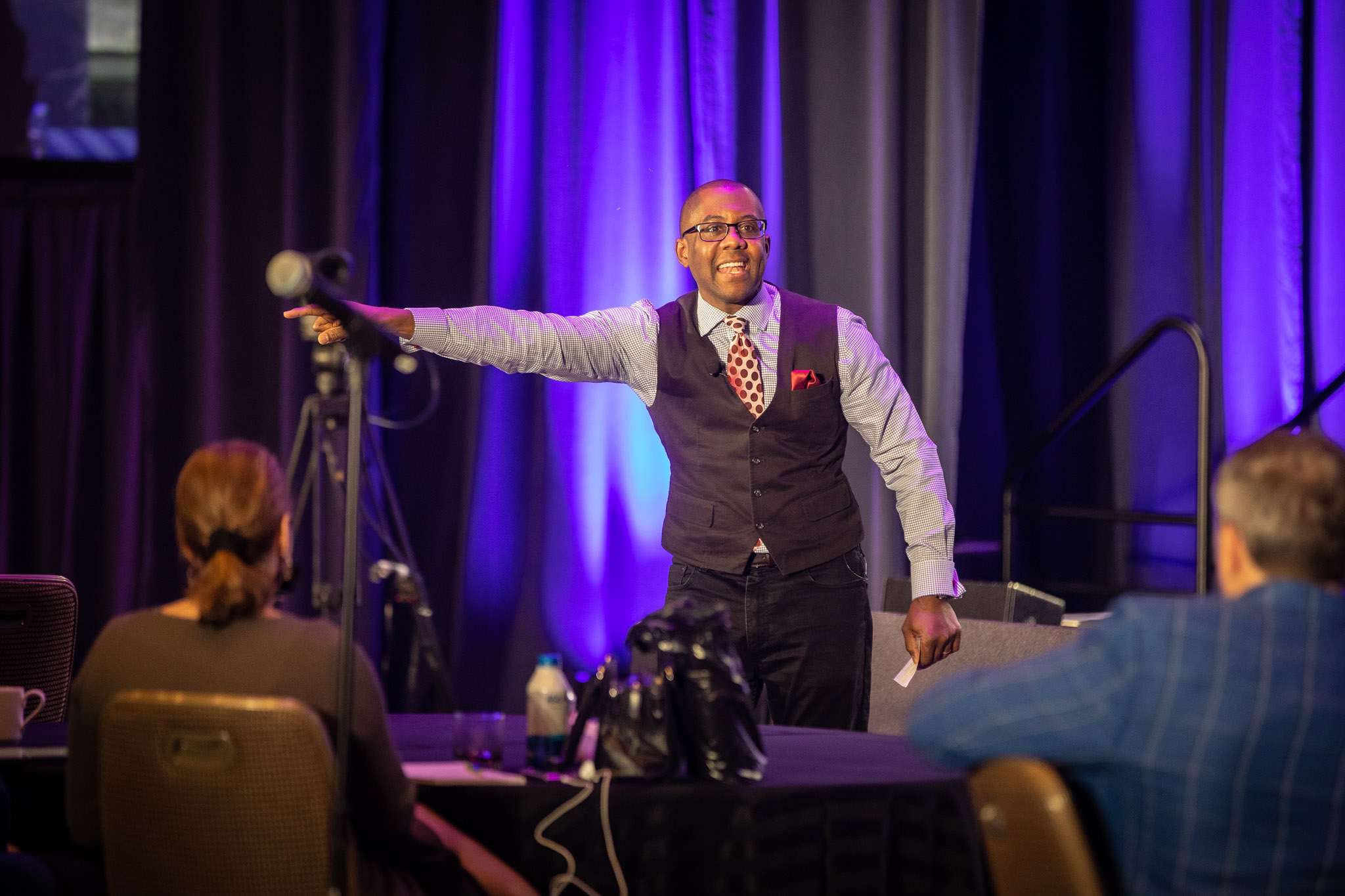 Ramon Ray at a conference in Orlando in 2022 (Photo courtesy of Ramon Ray)[/caption] Ray, who chose to follow his entrepreneurial passion over jobs that wouldn’t let him pursue his side gigs, shares some important lessons he’s picked up along the way:
When he’s in front of an audience, he talks about selling and marketing, personal branding and social media strategies. “Running a small business, starting a small business, it's not easy,” Ray says. “I like to think that I'm one of a few people that every day they can wake up or before they go to bed, give just a bit of information to help them start and grow their businesses.” [caption id="attachment_177136" align="aligncenter" width="800"] 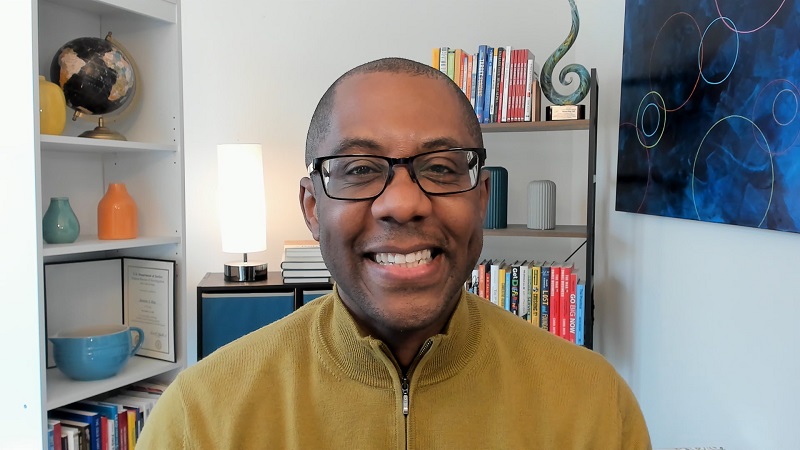 Ramon Ray[/caption] In his daily life, he needs technology to reach others and to keep his busy life organized. Windows 11 plays a big part in making that happen, with search being the feature he uses most often. “I can find anything on my desktop. I just start typing and whatever I’m looking for comes up,” he says. He’s regularly collaborating with his Smart Hustle team – which includes contractors and vendors – through video calls and a constant stream of documents, so Microsoft Teams, Office 365, SharePoint and Microsoft Edge figure prominently in his daily work life. “One thing that we can control is the technology that we use to increase the productivity, increase our profitability and help us work better day-to-day,” Ray says. “So smart small businesses that are growing, that are excelling, they definitely quickly adapted to powering their businesses with the right technology and letting the technology do the work while the small business owner serves their customers.” Working from home, he lists the must-haves: good lights, microphone, camera, and most important of all – the right computer. For him, it’s a PC. What keeps him loyal to Windows is simple: it works. He doesn’t have to think about it, he feels comfortable with how secure it is – especially how Windows Hello recognizes his face and thumbprint. “It’s a stable workhouse. That’s what you want,” he says. “I have no reason to go somewhere else.” And in his opinion, the upgrades get better all the time. “All these things make our lives much easier,” he says. “One thing about small businesses, we like things simple.” Lead photo: Ramon Ray holding a Dell laptop

Spotlight on Windows at Microsoft Ignite and the Technical Takeoff