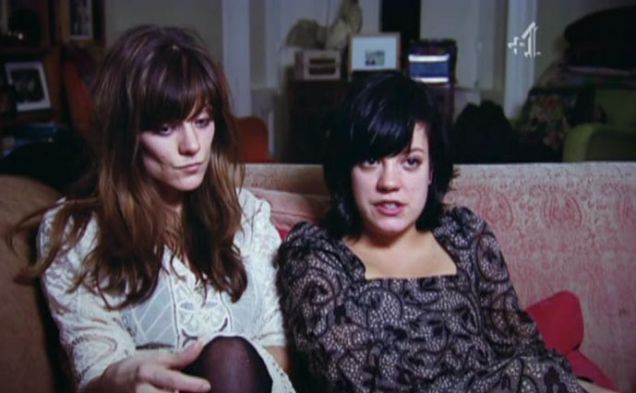 Lily Allen has told fans not to watch her new Riches to Rags documentary, because she is 'embarrassed' and feels like 'a completely different person'.


Yesterday it was reported Lily discussed her recent miscarriage in the show, documenting the opening of her vintage clothing store Lucy In Disguise.

But today she used her Twitter account to say her quotes had been taken out of context, and said press coverage of the comments had been 'totally sensationalised'.

She told fans: 'Just a couple of things, some of you may have read about a TV show called "Riches to Rags" (title not my idea) airing on Tuesday next week.

'We started filming it a year ago and I feel like a completely different person than the one that features in the programme.

'I'm inclined to ask you not to watch it cause quite frankly I am embarrassed.

'On the other hand I want you all to watch it so you can see how the press coverage of it has been totally sensationalised and quotes taken out of context.'

She continued: 'I should probably know better than to write this here but I feel it's the only place that my words don't get minced. That is all.'