A first-class passenger in Thailand was arrested after airport authorities found his suitcases were packed with a 'virtual zoo' of baby leopards, panthers, a bear and monkeys. The guy had a virtual zoo in his suitcases 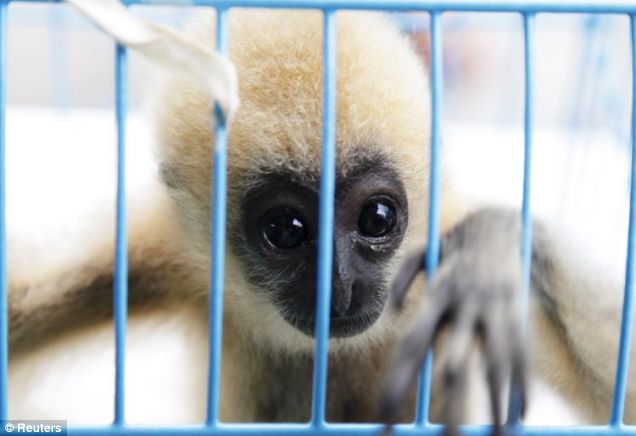 The 36-year-old man, a United Arab Emirates citizen, was bound for Dubai with the animals, which had been drugged before travel.

Anti-trafficking group Freeland said the man was caught by undercover officers at Bangkok's Suvarnabhumi International airport while he was waiting to check-in for his flight. They had reportedly been following him since he purchased the animals on the black market.

When the authorities opened his cases, they found the two leopards, two panthers, an Asiatic black bear and two macaque monkeys.

Director of Freeland Steven Galster, who was present at the arrest, said: 'It was a very sophisticated smuggling operation. 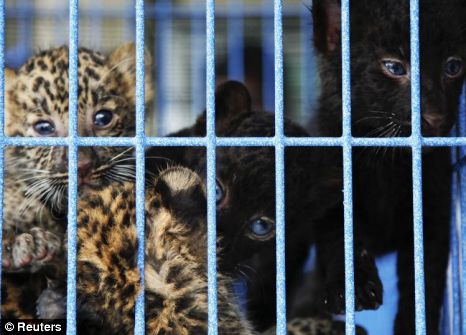 'The guy had a virtual zoo in his suitcases.'

Thailand isn't the only Asian country with a wild animal trafficking problem.

Colonel Luong Minh Thao, vice director of the Department for Environmental Police in Vietnam, said at a conference last year that around 4,500 tonnes of wild animals are smuggled through the country every year.


MORE Man caught with 'zoo' - his suitcase is full of animals | Metro.co.uk
You must log in or register to reply here.