This product was written by the Cybersecurity and Infrastructure Security Agency (CISA) with contributions by the Multi-State Information Sharing & Analysis Center (MS-ISAC).

CISA has observed a notable increase in the use of LokiBot malware by malicious cyber actors since July 2020. Throughout this period, CISA’s EINSTEIN Intrusion Detection System, which protects federal, civilian executive branch networks, has detected persistent malicious LokiBot activity. LokiBot uses a credential- and information-stealing malware, often sent as a malicious attachment and known for being simple, yet effective, making it an attractive tool for a broad range of cyber actors across a wide variety of data compromise use cases.

LokiBot—also known as Lokibot, Loki PWS, and Loki-bot—employs Trojan malware to steal sensitive information such as usernames, passwords, cryptocurrency wallets, and other credentials. 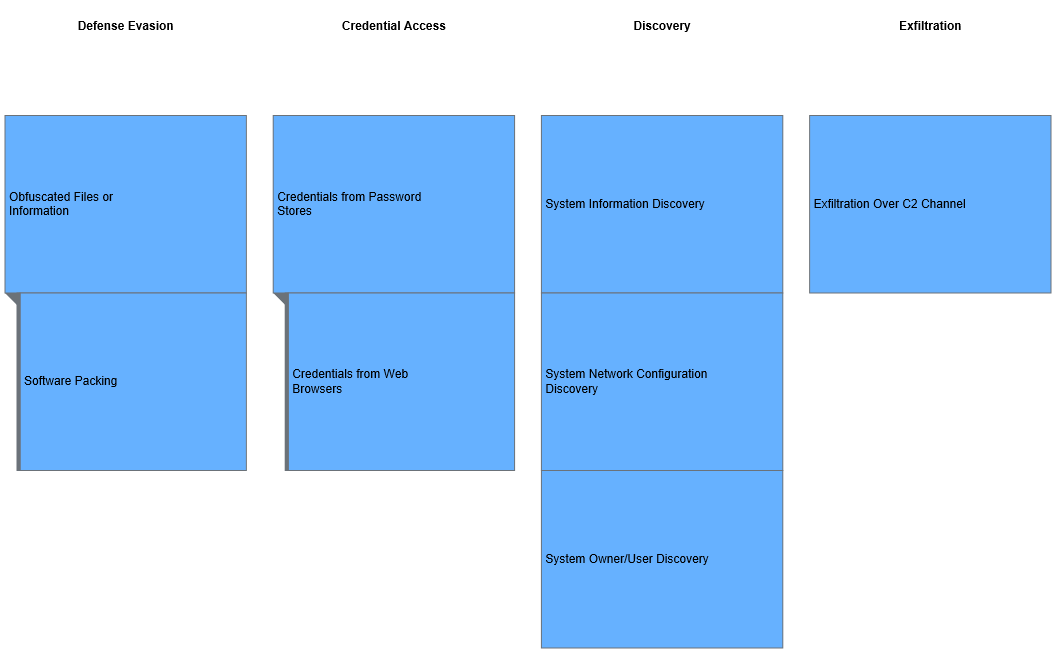 Since LokiBot was first reported in 2015, cyber actors have used it across a range of targeted applications, including the following.

According to MITRE, LokiBot uses the ATT&CK techniques listed in table 1.

CISA developed the following Snort signature for use in detecting network activity associated with LokiBot activity.


For additional information on malware incident prevention and handling, see the National Institute of Standards and Technology Special Publication 800-83, Guide to Malware Incident Prevention and Handling for Desktops and Laptops.