News Feed
Looking for a new laptop for general use? Or updating your gaming system? Either way, Acer has new and refreshed options coming your way. 
The new Swift 5 notebook is an ultraportable device with ultra-narrow bezels that allow for 90% screen-to-body ratio and next gen Intel Core processors with powerful integrated graphics based on Intel’s new Xe architecture and an optional NVIDIA GeForce MX350 GPU – all under three pounds. This power makes it possible to seamlessly run multiple applications at once, and they load quickly thanks to 1 TB of high-speed PCle SSD storage on top of up to 16 GB LPDDRAX. 
For convenience and security, it’s also equipped with an embedded fingerprint reader for Windows Hello. It supports Wake on Voice, enabling users to activate and query Windows 10 even when the screen is off.

Acer is also launching four Predator XB3 series monitors that have NVIDIA G-SYNC compatible technology, up to 240 Hz refresh rates and up to 4K UHD resolution. This series will be available in North America in September, starting at $429.99; in EMEA in August, starting at 439 euros; and in China in July, starting at RMB 2,999.

Designed for hardcore and professional gamers, the refreshed Predator Orion 9000 (P09-920) delivers extreme performance, advanced cooling and easy upgradability. It has up to an Intel Core i9 Extreme Edition processor, dual NVIDIA Geforce RTX 2080 Ti graphics cards in SLI mode and three 4.7-inch Predator FrostBlade fans that provide up to 16% more airflow and a 55% increase in static pressure compared to prior generations. A CPU liquid cooler fan keeps the temperature low as battles heat up.


The newest Predator Orion 3000 models are made for gamers desiring a mid-sized tower rig for enjoying favorite game titles or diving into streaming without seeing an impact on performance. Thanks to a 10th Gen Intel Core i7 processor and GeForce RTX 2070 SUPER GPU, it can tackle a wide range of games. 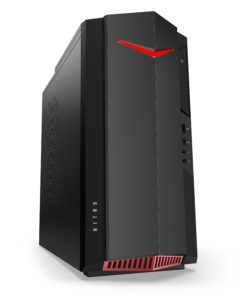 
The Nitro 50 Series desktops deliver powerful performance for lag-free gaming and smooth graphics-intensive tasks with up to a 10th Gen Intel Core i7 processor and up to a GeForce RTX 2060 SUPER GPU and high capacity storage. The 18-liter chassis fits neatly on or under a desk. Gamers can control and make adjustments to fan speed in real time. The Predator Triton 300 gaming notebook will be available in North America in September, starting at $1,299.99; and in EMEA in July, starting at 1,399 euros.

The Nitro 7 gaming notebook will be available in North America in October, starting at $999.99; and in EMEA in July, starting at 1,299 euros.

For more information on all of these devices and more, head over to Acer.