News Feed
Like a lot of people in their senior year of college, Alexa Carlin had a lot to look forward to. In January 2013, the South Florida native was set to graduate from the University of Florida in a few months, then start her dream job in New York that summer. She was also hours away from a party celebrating a major milestone in the latest of her entrepreneurial endeavors. But all that came to a sudden halt when she ended up in a hospital, induced into a medical coma, with a 1% chance to survive. She beat those formidable odds, but not without a lot of lessons learned along the way – and facing another health crisis soon after that would prove even more challenging. “My whole life just changed. My near-death experience was in my past. And I overcame that. But my autoimmune disease is something I'll never overcome,” says Carlin, now 31, recently married and based in Raleigh, North Carolina. “I realized, nothing's going to change unless I decide to change. And I had to learn how to adapt to what I couldn't control and say, this autoimmune disease is part of me, but it does not have to define what I can or cannot do with my life. And I at that moment stopped asking myself, why did this happen to me and started asking myself, why did this happen for me? And that really was a pivotal moment.” Up until that time, Carlin had been on a fast and upward trajectory, a burgeoning businessperson, a trait she seemed to inherit from her dad, who was also an entrepreneur, specializing in sporting goods equipment. She says she always had this internal drive, which led her to being the first Student Body President elected as a junior (holding the position for two consecutive years), even though she was the shy new girl who had moved to a new town in middle school. Toward the end of her high school years, she founded her first business at the age of 17, designing and selling jewelry, donating a percentage of the proceeds to help build schools in Africa. After selling out her first run of bracelets, she kept that business going while she was in college, but it didn’t last past then. She admits that a lack of confidence held her back, as she wasn’t widely sharing what she was doing beyond word of mouth. She wanted to fit in, make new friends and so she never really spoke about her passion. She did the sales venture on the side and only her roommates knew. “I'd ride my bike to the post office after class and just kind of did what I had to do to make it happen,” she says. Carlin was determined to learn from that experience to step out of her comfort zone, and started a blog called Hello Perfect – aimed at helping young women gain confidence in themselves. 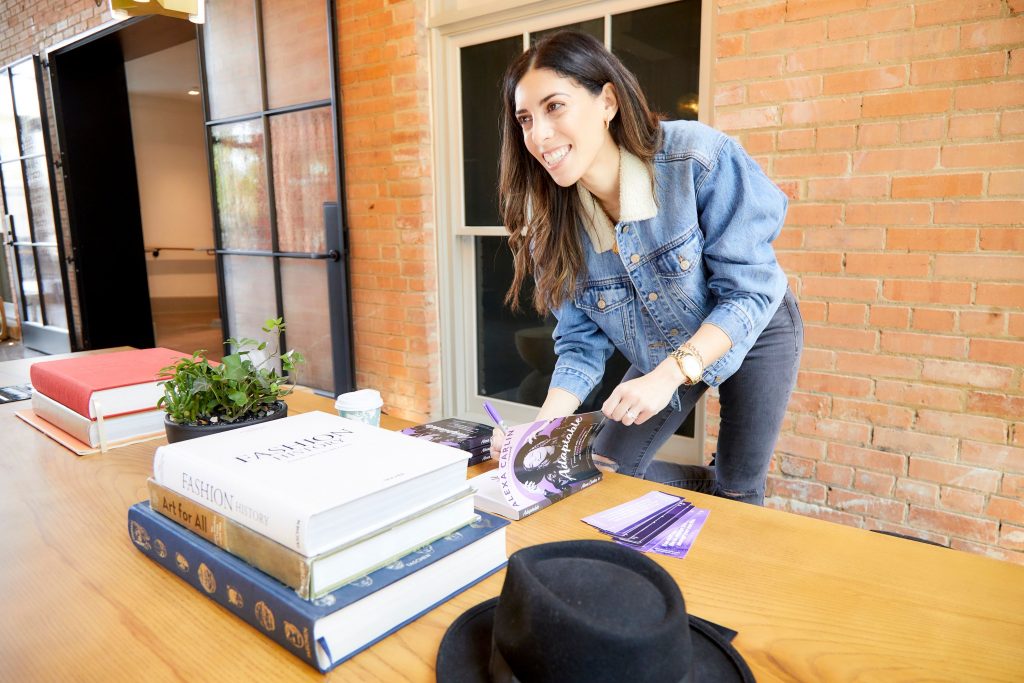 She was about to celebrate with friends and family after gaining 1,000 likes for the blog on Facebook. But Carlin recalls not feeling good the week leading up to the event, until her mother insisted she go to an emergency room, where she was diagnosed with septic shock due to bacteria that had entered her blood stream. Doctors told her mother her daughter might not live 24 hours. Carlin stayed in a coma for six days, waking up not being able to move or speak on her own. To focus on something other than the pain as she recovered, she redirected her thoughts as a way to heal. She pictured running on a high school track toward family and friends at a finish line. “It taught me one of the most powerful lessons in business and in life, and that is to focus on the things that you do have control over,” says Carlin, who was able to graduate with her class in May of that year. But then another setback occurred, this time while she was in New York City starting her dream job at a magazine. She was sick again. And it was constant. After a year there, she found out it was an auto-immune disease – ulcerative colitis – and moved back home to heal with the help of her family. For eight months she stayed mostly isolated inside their house, where she ended up writing a cookbook as she converted to gluten-free and vegan eating. But it was a frustrating time in her life. 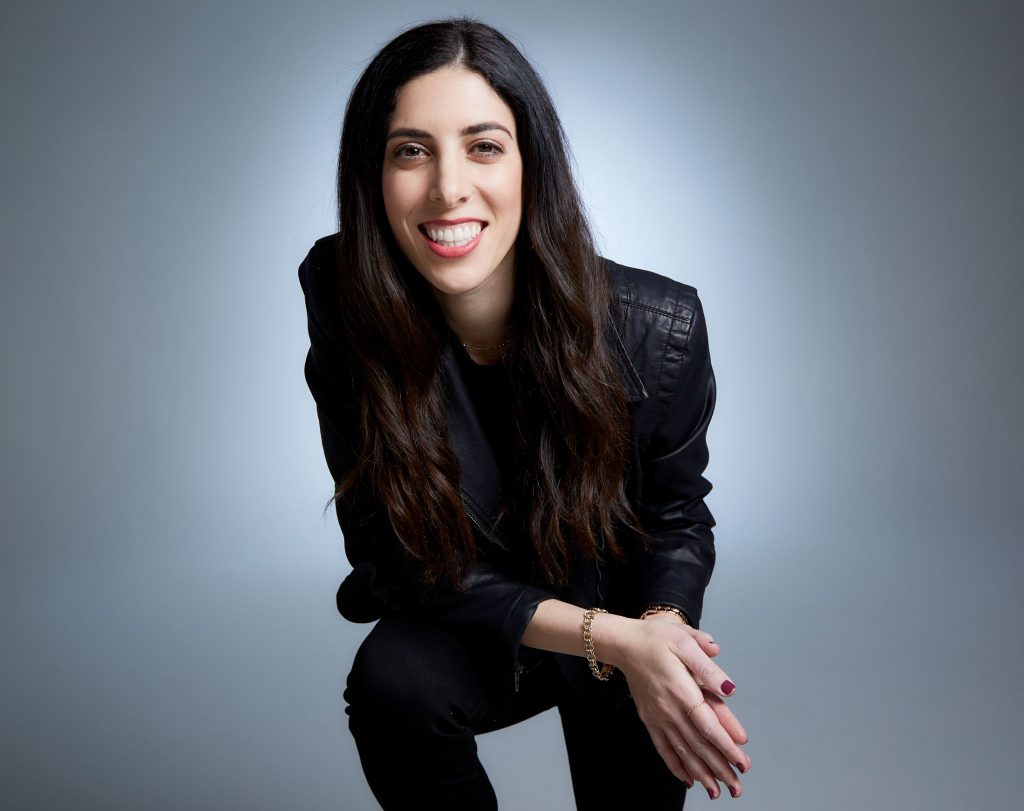 “I remember just feeling so fed up because all I was doing was waiting, waiting for me to get my life back, waiting for me to be healthy, waiting for a doctor to give me something that would actually work, waiting for just anything to change, because every morning I woke up so sick,” says Carlin, who tried to find solace and answers from motivational speakers. But they didn’t help. “Who wants to spend their entire life waiting to overcome all these challenges and obstacles that come our way, versus making the best of it and turning those obstacles into opportunities? That's what really inspired me to start sharing my story, vulnerably and authentically.” Carlin used the now-discontinued Periscope app to film a daily show called “Morning Motivation with Alexa” – short videos meant to inspire her audience, which was slowly but steadily growing. She was still too sick to do in-person presentations, so she turned to social media to share her experiences. Technology had never been more important to her than when she was livestreaming from her bed. “Technology has been game changer for me because I am able to get my message to the masses even when I'm not well enough to travel or to meet people and network in person,” says Carlin, who uses a Samsung Galaxy Book2 Pro 360 to run her business from anywhere. Samsung is among the many companies she works with and has provided her with a new Windows 11 laptop as one of its brand ambassadors. “It changed my life because I didn't feel as alone.” By 2016, she had focused her work on telling her story and inspiring others, starting a company called Women Empower X, “with the mission to help more women pursue their passions and get to the next level in their career and life.” She’s built up an all-virtual team, who help with creating and editing content and planning speaking engagements. 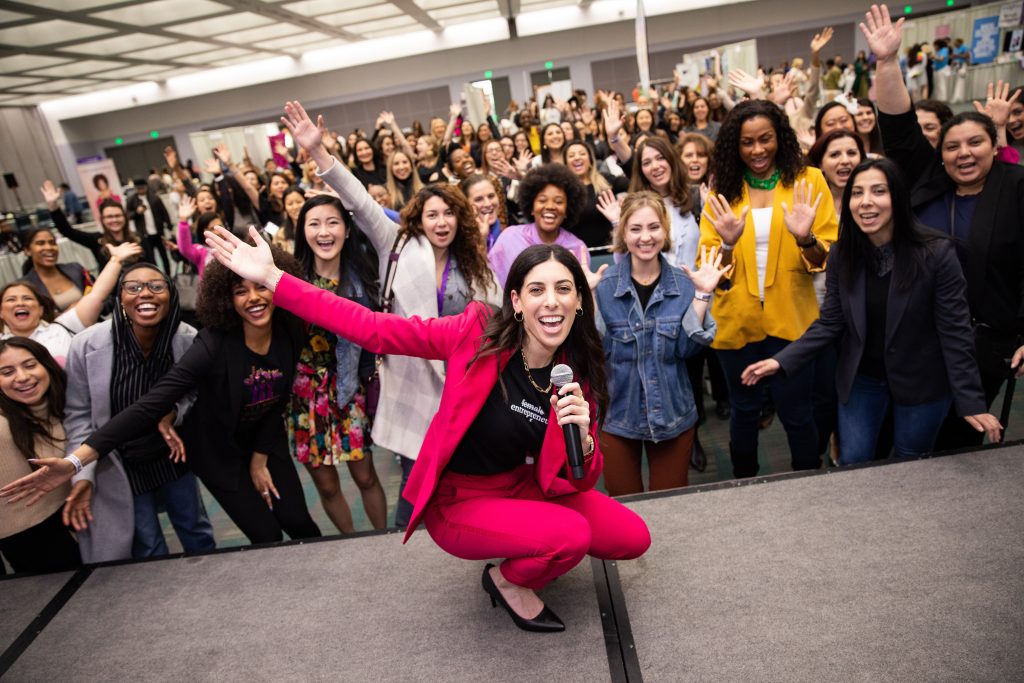 Carlin uses Microsoft 365 for most of those tasks. With Windows 11, her favorite feature is Snap Layouts, which allows her to have OneNote or Word on half of her screen while on the other half, she’s in a meeting with her team, so it’s easy for her to save changes she wants in an outline or script without leaving either app. Whatever work she’s doing, she needs it to sync up to all the devices she uses, and OneDrive helps her do that on her phone, PCs and tablet. She also needs to be able to connect online reliably, showcase videos and edit at the last minute. But oftentimes, she’s able to do a lot with just one key device. With her Samsung Galaxy Book2 Pro 360, she can do all that, appreciating especially its ability to transform into a tablet to watch movies in hotel rooms, write on it to take notes, sketch out new ideas for her next book or speech, and give feedback to her team on edits. 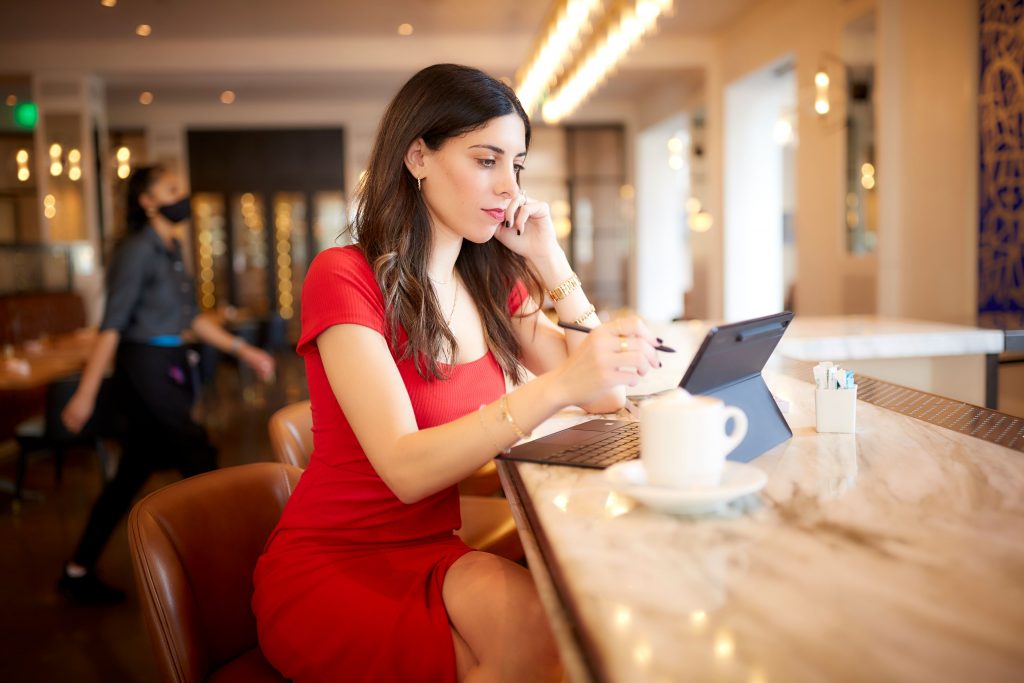 While the tech tools are enabling, her tenacity and resilience are just as important. “I pitched myself to 60 different small events and received 60 letters of rejection – or no responses,” she recalls. “I let that rejection sit with me for a few months before I stopped putting my dreams in the hands of strangers. I created my own events.” She spoke for free at first, to very small meetups – five to 30 people at a time. Then she started getting paid. Now she’s talking to hundreds, sometimes thousands, of women at each event. And reaching even more online. “I realized I needed to create a career that helps me achieve my dreams and my mission, while still understanding things out of my control,” Carlin says. “People needed to hear that my life's not perfect. I don't have it all together. I'm still going through all these challenges. But regardless of all those obstacles, I'm still chasing after my dreams. I'm still going after what I love.”