News Feed
Anticipating that working from home – or at least, not in the office – will continue for the foreseeable future, HP has unveiled the latest ZBook Studio G8, ZBook Fury G8 and ZBook Power G8, which all run on Windows 10. The HP ZBook Studio is designed for performance workflows. Animate in seconds and render or visualize in real time with up to NVIDIA RTX A5000 or GeForce RTX 3080 laptop GPUs and 11th Gen Intel Core i9 vPro processors. [caption id="attachment_175658" align="aligncenter" width="1000"] HP ZBook Studio G8[/caption] HP DreamColor displays with a 120Hz refresh rate provide certainty that your design is right the first time, with 100% DCI-P3 and end-to-end color accuracy with Pantone validation. HP Sound Calibration helps make the the office anywhere you want to work with crisp audio and automatic blocking of unwanted sounds. With the ZBook Fury, power users can now create, render, edit and simulate with ease. Or they can visualize complex datasets on the move. It can handle multi-app workflows with the latest 11th Gen Intel Core i9 and Xeon processors, up to 128GB 3200MHz system memory, NVIDIA RTX A5000 graphics and Thunderbolt 4. It comes with an aluminum chassis, MIL-STD durability, tool-free expandability and an extensive selection of ports. [caption id="attachment_175659" align="aligncenter" width="1000"] 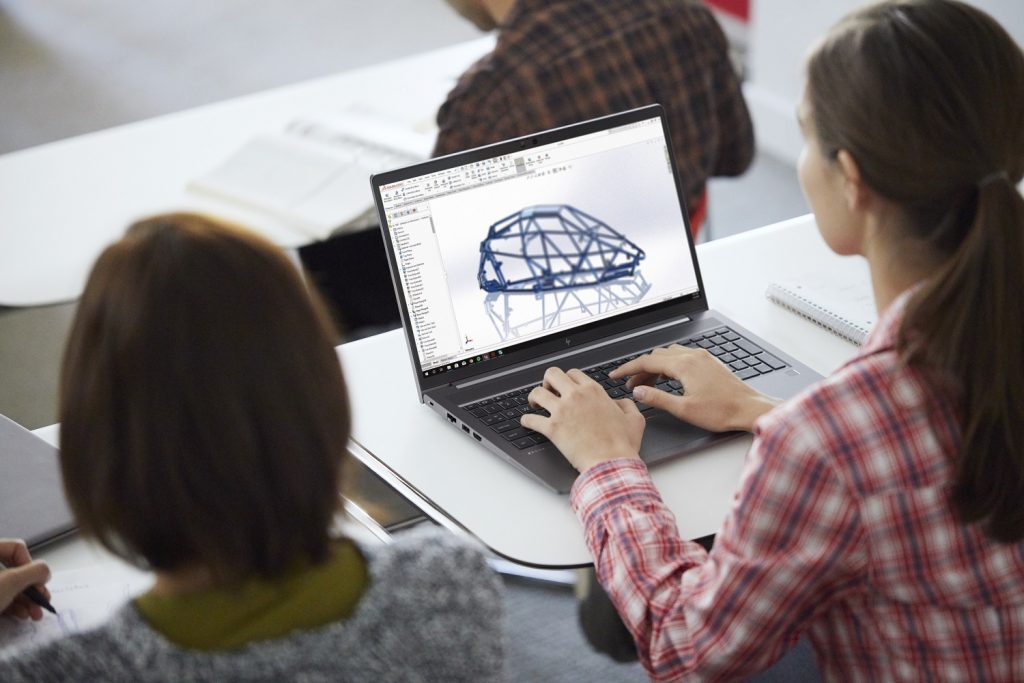