News Feed
So many great posts, so many new authors, so much great news! Here are just 23 of the shows, episodes and post from last week. But of course the big news was the release of Visual Studio 2015. If you missed the launch event, you can catch it all on demand here, Visual Studio 2015 Final Release Event

This week on Channel 9, Vlad and Nikola discuss the week's top developer news, including;

Hello Internet, and welcome to a She Builds Games: Video!

My name is Sarah, and this is a video about how to set Visual Studio to be your default script editor in Unity 3D.

We know that Unity already comes with MonoDevelop built in, but Visual Studio has many advantages as an integrated development environment, such as better bug tracking tools, better auto-complete features, and mobile device emulators that automatically let you capture screenshots....

This presentation on "Unit Testing Your Web Apps" demonstrates the use of C# in ASP.NET using Visual Studio.

In this episode Chris Risner is joined by Ben Hindman, one of the founders and Chief Architect at Mesosphere. Mesosphere is based off of the open source Apache Mesos project and makes it easier to run many distributed systems on the same cluster of nodes at the same time. Ben starts by explaining what Mesos and Mesosphere are and then jumps into the Mesosphere dashboard. The dashboard allows us to see how many nodes are running in our cluster and what applications they're running. Ben then goes in and runs through installing a sample web app into his cluster. This includes Oinker which is the actual web app in addition to Spark which does analytics.

Join Scott Klein and his guests Shawn Bice and Rohan Kumar, LIVE each month on SQL Unplugged, your avenue for chatting with the individuals who own the relational database at Microsoft. Tune in each month as Shawn and Rohan answer your questions and discuss the insights and inner workings of the SQL Server engineering team. Be sure to follow this show on Twitter (@SQLUnplugged) for updates and information on upcoming shows. ...

Join your guide Cory Fowler as he talks to the product teams in Redmond as well as the web community.

This week Cory is joined by Apurva Joshi, from the Azure App Service team to talk about the ability to buy custom domains (from GoDaddy) integrated directly into the Preview Portal....

We've got lots of updates this episode! Announcing a celebrity judge for the Imagine Cup World Championship, two brand new World Finals awards, and the grand finale - the Break Into Code competition winners announced for the first time on ICTV! Watch Golnaz and I try out the 1st place winning game in each age bracket - amazing stuff!

Jerry Nixon welcomes Tony Pendolino to the show as they discuss best practices for maximizing user data in your Windows 10 applications. Listen in on this great discussion as they chat about how you can make your apps more personable as you’ll have access to Contact, Appointment, Email, Messaging and Call History data through the same APIs used by the Windows in-box apps....

In this show we kick off the Getting Started series with Richard diZerega for Office 365 development. We discuss the different pivots that Office development gets dissected and divided, so that it's easier for developers to understand ...

Visual Studio 2015 has released. In this episode, Robert and Dmitry Lyalin highlight and demo ten of their favorite features.

After the big announcement day of Visual Studio 2015, I wanted to take a few minutes to capture some of my initial thoughts and highlights from the day.

Be sure to explore the social reaction to the launch on Palermo4.com!

How the Lotus F1 Team uses DevOps and the Microsoft Cloud

Yung Chou welcomes Mark Everest from the Lotus F1 team as they discuss how they integrate a DevOps culture in their organization along with Microsoft Cloud solutions like Azure, Office 365 and Dynamics to deliver winning results on and off the track. ...

Ping 247: Minecraft: Windows 10 Edition, Giant Fighting Robots and the Commodore is back

Welcome back to Ping! We talk about the return of robot combat return to television, we chat about a one-way ticket to Mars on the space desk, and more stories that 'softies are pinging each other about...

Brandon Kirby, Vice President of Technology & Business Development at Halo BI joins Keith Mayer in this “Cloud Solution Innovators” edition as they discuss how Halo BI can help your data discovery needs with a with their complete business intelligence solution suite and services. ... 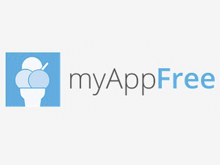 The following is a guest post by Massimo Caroli, CTO of myAppFree. ...

Corey Sanders, Director of Program Management on the Windows Azure Compute team sits to chat about recent Linux announcements on supportability as well as MOAR stuff on ARM Templates (this time from a partner). ...

George (@glifchits) and Henry (@hengod9) visit me on CodeChat this week for a chat about how they're using React JS for the startup they're working with - Beagle (sniffthefineprint.com).

Beagle allows folks to quickly and easily discover what's lurking inside those 90-page contracts you don't have time to look through. It's pretty amazing software, actually, as you'll see if you watch this episode. ...

This is the first video in a series based on the IoT Journey project.

This video represents our work up to this point. Please contact us via github with any feedback.

It's time for another LiveStream Episode of the Patch and Switch show!!! Two IT guys (Patch and Switch) who are talking about whatever comes up. Can you say Tangent! Ultimately it's the Chat Room where everyone hangs out and contributes to the show, so make sure to load it up during the LiveStream!

In this episode of Defrag Tools, Andrew Richards and Chad Beeder look in to Microsoft Symbol Proxy (SymProxy). SymProxy is used to cache symbols (positive and negative) from one or more upstream symbols servers. We cover the installation into IIS, and the monitoring via Performance Monitor and Event Viewer.

Everything new from Microsoft Edge at Build 2020