Melania probably knew exactly what Donald Trump was like when she married him.
I'm sure the only thing she was interested in how much money he has.

The only thing that she is probably worried about is when will he drop her for a new model ("Model" an unintended pun). LOL

She's already starting to look like she's has too much plastic surgery, her days are numbered.

Truthfully, Donald Trump is the most repulsive person that I've ever seen, there is nothing about him that is redeemable.

The fact that he is the candidate for president from a major political party should be a real wake up call to the everyone.

If we go down this track we won't have a country anymore, you can't have the attitude that one Trump supporters stated perfectly.

"If this jackass is all we've got then he's it."

I can't wait for this campaign to be over, at one time I would have told you that I was a Republican, my wife's uncle was President Gerald Ford, and I voted for Regan, and Bush 1.

Now they look like a bunch of two faced creeps who think of nothing but themselves with no consideration of what's best for the country.

They'd love to roll the country back to the 40s, with segregation, repeal women's rights, control who votes, and have everyone wearing a gun, like it was the old west.

I'm sick of them, and they are getting just what they deserve in Donald Trump, good luck with trying to put your party back together.

Wow, I'm glad to get that off my chest, you should hear me yelling at the TV. LOL

Just to be clear, I'm not a big Bill and Hillary fan either, but you have to go with what's best for the country, and Trumps not it.

Just discovered the off topic forum. 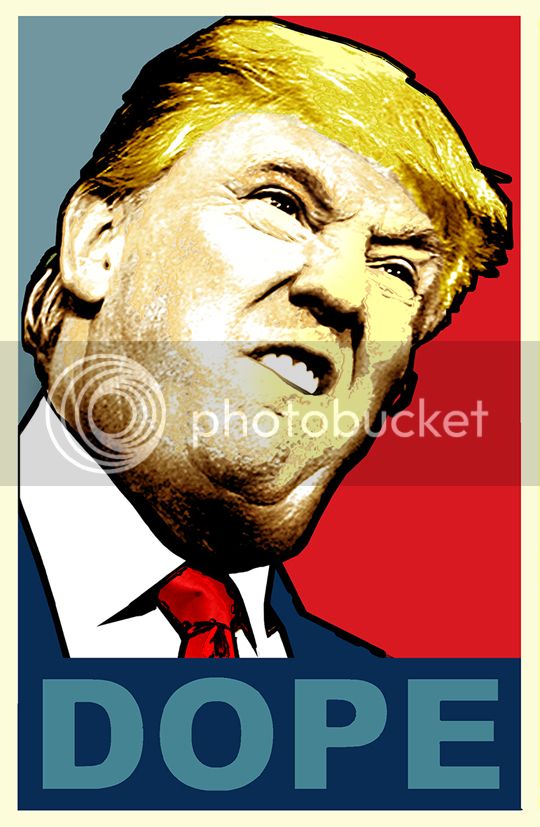 Mike
You must log in or register to reply here.

POLITICS Trump: Don't Blame Me If Your Loved Ones Die!