News Feed
As a kid, Charles Taylor was always interested in tech – though he didn’t know exactly what that meant, beyond translating to a job related to computer science. Growing up in Littleton, North Carolina – an actual little town with less than 700 people – he went to school with the same group of about 60 kids through high school graduation. He would be one of the first in his family to attend college. Taylor went to Duke University. He took classes in computer science, visual and media studies and information science, trying to get a feel for a future career. He questioned whether it was the right fit. Then a work-study program at a Duke University medical center connected him with a mentor, an IT chief who took him under his wing and opened him up to new possibilities, in product management. He introduced Taylor to new design prototyping tools and encouraged him to talk to people and come up with solutions to their problems using those tools – a mindset he’s adopted into his daily workflow. “As all the pieces started to come together, I realized he was starting to show me what it could look like to be in the tech industry through a different lens, exposing me to other paths,” Taylor says. “He was the first one to put it in my head that I didn’t need to be a software developer or a technical expert to be successful in the industry.” It would take a few more years exploring strategy, design and engineering in corporate settings, before he found his way to Microsoft, where he’s now a taskbar product manager working on Windows 11. “I wanted to pursue product management at a company that had a really great connection with customers; a great mission, in terms of impact; and I wanted to work on experiences that were bigger than just internal facing,” Taylor says. “It’s important for me to work on something I’m passionate about, something I can be a great advocate for the people who actually use the product. As a product manager, it’s really important you can empathize with your customers and design for a broader, wider and more diverse group, folks you don’t usually get to hear from. Windows just seemed like a really great place for me to work on something that I use, both in my personal and professional life.” Taylor has become a steward for customers through his work on Windows 11, driven by the realization that the PC plays such an important role for people in so many ways, whether it’s empowering other businesses to deliver their products to their own customers, inspiring creativity, keeping families connected, or even bringing people together for entertainment purposes. “The PC is such a central aspect across so many lenses of lives,” he says. In improving upon a much-used part of the desktop, he put a big emphasis in taking the best of Windows and making it accessible to everyone. “My goal, with Windows 11 and all the releases thereafter, is to get at the root of what the problems are and determine how we can elegantly solve those problems in a way that’s not only meeting their needs, but also delightful.” The biggest change in Windows 11 for the taskbar is where it lives: still at the bottom of the screen, but now in the center. “As devices continue to evolve, wider screens have become the norm for TV, monitors and other screens. So we’ve put the taskbar at the forefront of device.” The taskbar represents the hub from which people switch and launch apps, he says, so it has to work harmoniously. Here, the intersection with Start makes it of upmost importance and daily use for most people. Christian Valencia, whose team helped reimagine the Start experience for Windows 11, also places a premium on listening to feedback. Research showed people wanted a cleaner and simpler Start, and that since so many people have smartphones, design paradigms from those devices could successfully carry over into a new Start – being able to pan different pages with touch, for instance. As shown in the video above, Valencia’s team saw how people arranged what they envisioned for Start in modular pieces, and they found that Search, Apps and Files came up most often as what people used at Start. Valencia, who has been at Microsoft for nearly eight years, says that it seems like he was meant to work on Windows. [caption id="attachment_176088" align="alignright" width="768"] Christian Valencia (Photo by Christian Valencia)[/caption] His first job after graduating from college – where he started as a business major before an advertising class converted him to the more creative field of design – was at a small-to-medium-sized company, creating Windows apps. While he was there, he entered a workout fitness app in a design contest and won, catching the eye of a contest judge. She asked to see his portfolio, which led to a job offer at Microsoft. In a stroke of serendipity, she would be one of his first managers there. And at Microsoft, he feels like he’s come full circle, having worked on many features related to Windows. The last 18 months have made the PC more relevant and vital in our lives than ever before, bolstered by Chief Product Officer Panos Panay focusing the team on rejuvenating Windows with what would become Windows 11. “It was all hands on deck – and everything is still that way,” Valencia says. “We were on overdrive during the beginning of Windows 11. We embraced a fail-fast approach, super into prototyping, making on the fly, garnering feedback from the team. With Start, there were so many iterations, and it will get progressively better.” Like many other people when lockdowns were imposed, he created a PC set-up at home, with constant communication with teammates on Microsoft Teams. They continuously gathered feedback and kept revising and improving. To further spur his creativity, he takes inspiration from illustrations unrelated to operating systems or mobile devices: abstract/fun art, such as those that include French bulldogs (he has one). “I’m always making stuff on my own,” Valencia says. “Our design director is always telling us to be making something, be ready to share something. So I live that.” Christina Koehn grew up drawing and sketching in Bellingham, Washington. But she was also drawn to math, science and problem solving. The creative director for Windows 11 went to the University of Washington thinking she’d be an engineer. Though several people in her life also didn’t think creating art for self-expression would be a viable career, her mother did encourage her to take art class when she had an opening in her schedule. That’s where she learned about the discipline of design and how she could use her creativity and problem-solving to improve the lives of others. “To solve real human problems, this is for me,” says Koehn, who then switched her courses from engineering to visual communication design. Right after graduating, she worked at a print graphic design firm, working on branding and logos. She then moved onto a digital agency where she designed websites and apps and got more experience on digital design elements. [caption id="attachment_176089" align="alignleft" width="644"] 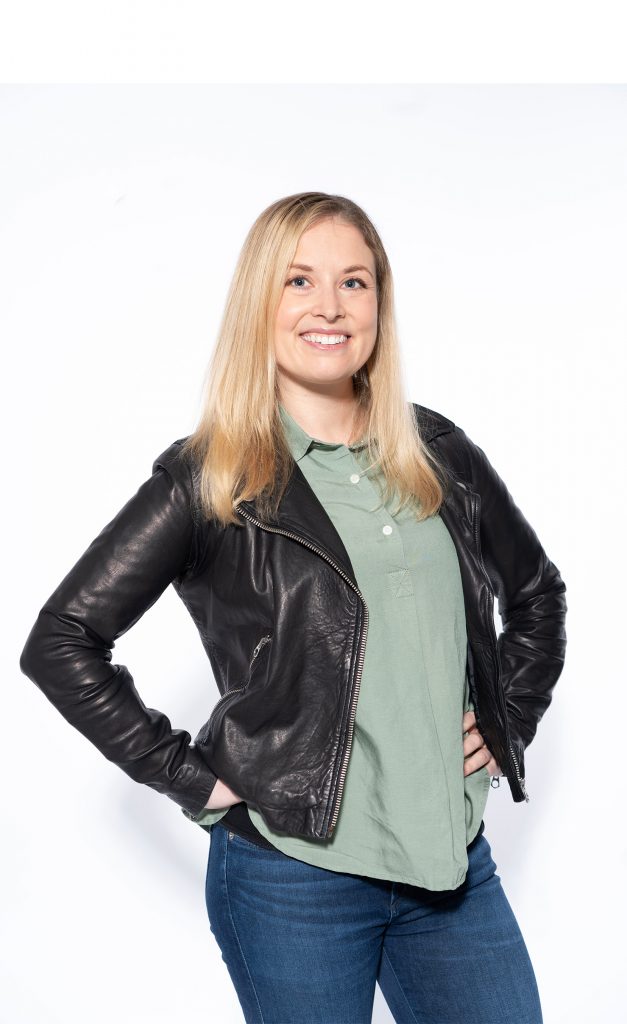 Christina Koehn (Photo by Ulysses Curry)[/caption] After that, she landed a contract role at Microsoft that turned into a full-time position. This fall, she will celebrate her 12th anniversary with the company. She’s worked on Bing, Bing apps for Windows 8 (her introduction to the Windows ecosystem), Windows 10, MSN, the Edge browser and the Microsoft Store. And over the years, she saw how the company’s growth mindset propelled teams to work together, culminating in Windows 11. “We are all working for our customers, trying to solve problems, to do what’s right for people using our products,” Koehn says. “Marketing, developers, PMs – all these different disciplines came together to make this product. We took advantage of the brain trust in the diversity of people throughout the company and focused on the needs of customers. As designers, we have empathy for the people we’re designing for. Not that we haven’t done it in the past, but we really pointed the focus on human needs first.” Koehn built upon the Fluent design style Windows 10 introduced (after the Metro design style of Windows 8), signatures of which include added depth, light and color in icons, rounded corners, fewer pixels – overall a softer, more simplified feeling. At the same time, she considers it a visual rejuvenation. Her team focused on fonts, typography and iconography. “We want people to feel more comfortable,” Koehn says. “What people need is their computing to adapt to them. An operating system like Windows, it’s got over a billion people using it. Computing really can empower people and must adapt to scale for all different needs.” Find out more about Windows 11 and stay tuned for more stories about the people bringing Windows 11 to you. Top Photo: Charles Taylor (Photo by Ulysses Curry)

The people behind Windows 11: Using psychology, familiarity and inspiration to create widgets

Making Windows 11 the most inclusively designed version of Windows yet