News Feed
Water is one of the most precious resources on Earth. And as someone whose family has been farming for generations, Fred Ziari has made it his life’s work to help growers be more efficient with this vital element for their crops, as well as the energy it takes to distribute it. Ziari is the CEO of IRZ Engineering & Consulting, which provides services to agriculture communities around the world. The company is based in eastern Oregon, which he says is 95% efficient in its water use, vs. about 40% globally. Water management is directly tied to crop productivity. IRZ offers water management services for large scale farms (100 acres or more), using water sensors and Microsoft Azure cloud services. This Internet of Things (IoT) solution links the internet connected sensors to the cloud. Azure SQL Server manages the incoming data and then IRZ uses custom apps to deliver that information to farmers, leading to decisions that help them save them 15-20% in water and power usage annually, which translates to millions of dollars. Windows 11 PCs and Microsoft 365 are must-haves for IRZ to smoothly conduct its daily business. By reducing both water and energy in irrigated farming, IRZ customers conserve over 10 billion gallons of water every year. Born in Northern Iran on a farm along the Caspian Sea, Ziari says generations of his family grew about 30 different types of crops, so agriculture has always been a big part of his life. “Growing up in a family farm, I always believed that the technology of agriculture was more important to me and more interesting than the farming itself,” Ziari says. “I felt that by using water more efficiently, you can increase productivity by many, many fold.” Fifty years ago, he came to the U.S. when he was 18. He went to Texas A&M University for his undergrad and graduate studies before joining the faculty at Washington State University as a researcher in water management, specializing in irrigated agriculture. [caption id="attachment_177180" align="aligncenter" width="1024"] 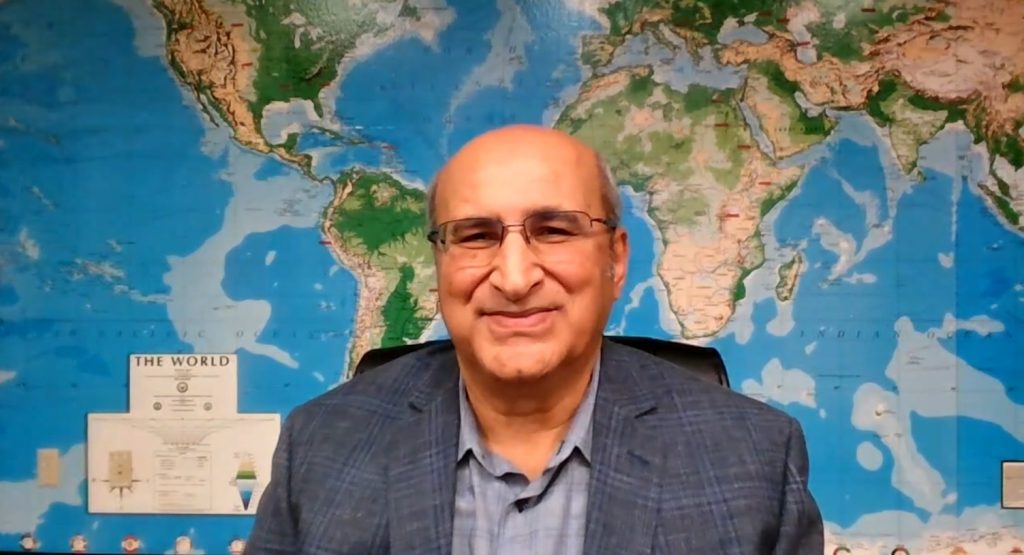 Fred Ziari of IRZ[/caption] Irrigation and rainfall are the two sources most farms use to water their crops. Irrigated agriculture has become more important since it’s not so dependent on the environment and changing climate conditions to assure production and yield. But that means farmers need to use water more efficiently. “If you put too much water to the crop, you are drowning it because the roots need oxygen. If you put too much water, you're suffocating them,” Ziari says. “If you can put just the right amount of water, your productivity increases substantially.” [caption id="attachment_177181" align="alignleft" width="592"] 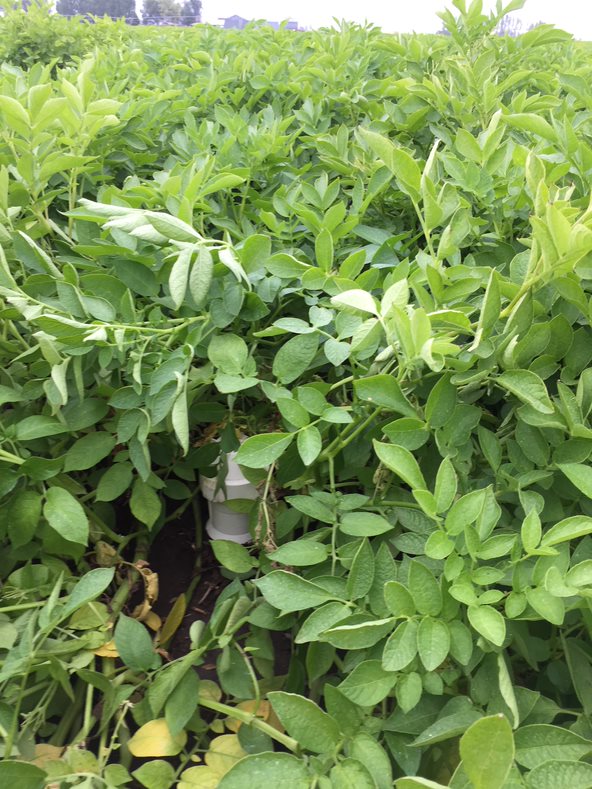 Soil moisture sensor up-close, in a potato field[/caption] In 1982, he moved to Oregon. Two years after that, he started IRZ engineering consulting, when he was 30. Ziari got some of his best business advice from his grandfather. When he was a teen, his grandfather told him to be brave, take risks and create something, and good things would happen. As an entrepreneur, Ziari says that courage is a must. He also believes in a purposeful life – helping others, serving communities. “You can only manage what you measure, so we rely tremendously on field sensors and climate input technologies – as well as modeling – using software to achieve our water management goals,” Ziari says. “Our company has been using Azure cloud services to provide near real time information and data to the farmers in multiple states: Oregon, Washington, Idaho and around the globe. So that has been a game changer for us on how we provide information and data to farmers – and how quickly they’re able to make irrigation decisions based on that data.” [caption id="attachment_177186" align="alignright" width="1024"] 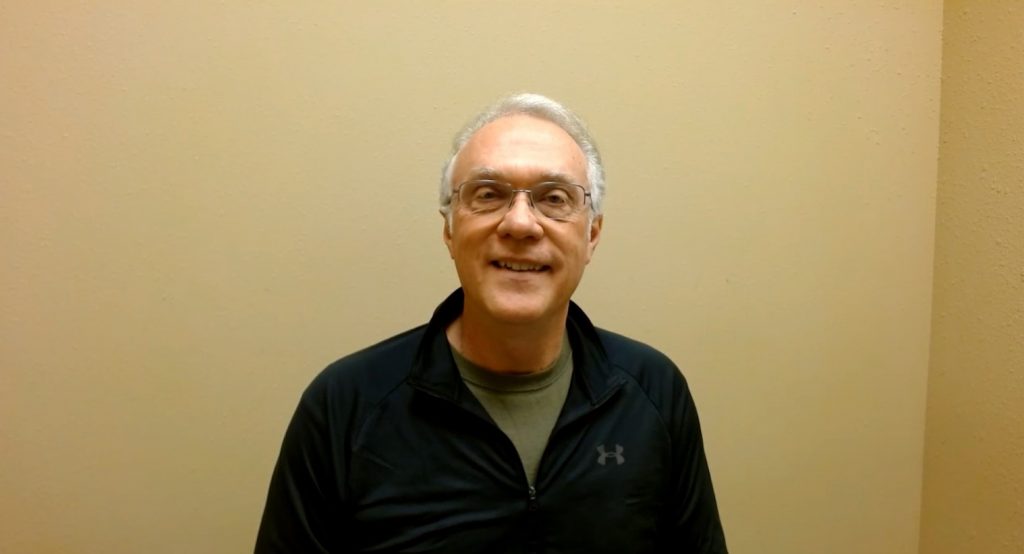 Tim Berk of IRZ[/caption] Before Azure, they had to send a soil scientist and agricultural engineer to the farms and they would measure soil moisture, write it down on paper and bring it to the office. And then another person input the data. IRZ’s technical team installs real-time moisture sensors that go up to a meter deep and report what is happening with soil moisture and how much of the crop is taking water out of the soil every 15 minutes. They’re also tapping into weather stations and using proprietary software to forecast crop water use. It’s a massive amount of data – that’s now connected to Azure. Then apps forward that information to farmers on their desktops, laptops and mobile devices so they can decide when and how much to irrigate. At the IRZ offices, engineers rely on Windows 11 and Microsoft 365 daily, such as using the centered task bar, widgets and a simplified start menu; as well as PowerPoint or Excel for calculations needed for sophisticated modeling or presenting ideas to clients. [caption id="attachment_177182" align="alignleft" width="592"] 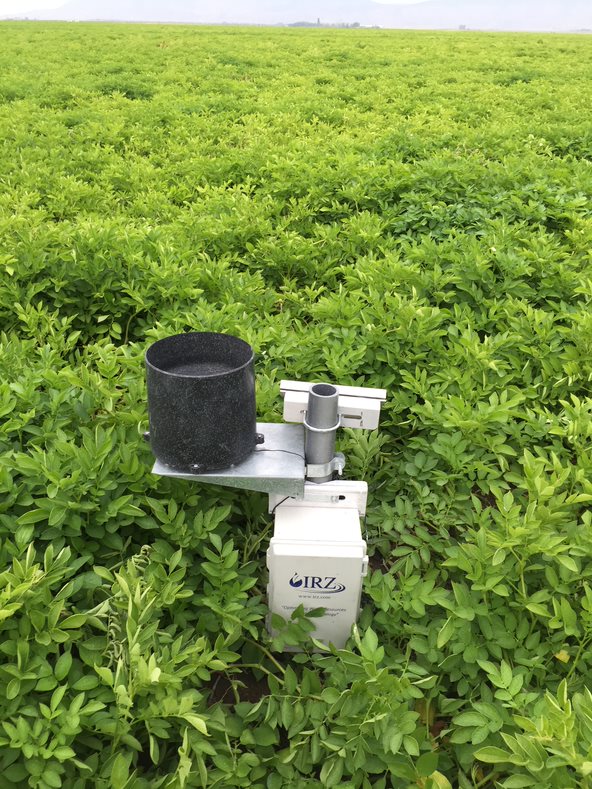 Telemetry unit with the rain/irrigation gauge (black object) on the left in a potato field, where the crop is at a later stage of growth[/caption] Tim Berk, who’s been with IRZ for about 20 years, is the company’s IT manager. He says it’s been a long road to where they are with technology. Within their customer base, the acceptance of technology has increased. In earlier years, Berk says it was difficult to encourage a grower or one of their customers to go online to get information – whether that was a weather report or a report IRZ published. In more recent years, as the internet has become standard, those growers have embraced web-based technologies. IRZ chose Affirma as its technology partner about seven years ago to help them in other areas. “Affirma allows us to do things that we can't do ourselves,” Berk says. “They've got a lot of talent to draw from, whether it's a data architect, a web developer or UI/graphics arts designer. Our customers also benefit from our relationship with Affirma. They help us bring our ideas to life and in their best form possible. Our expertise is in irrigation, consulting and engineering. With Affirma, we have a deep bench with talent and data architecture, software engineering, user interface design.” Berk started at IRZ doing field work, then moved over to his current role in technology, where he’s been the majority of his time there. [caption id="attachment_177184" align="alignright" width="1440"] 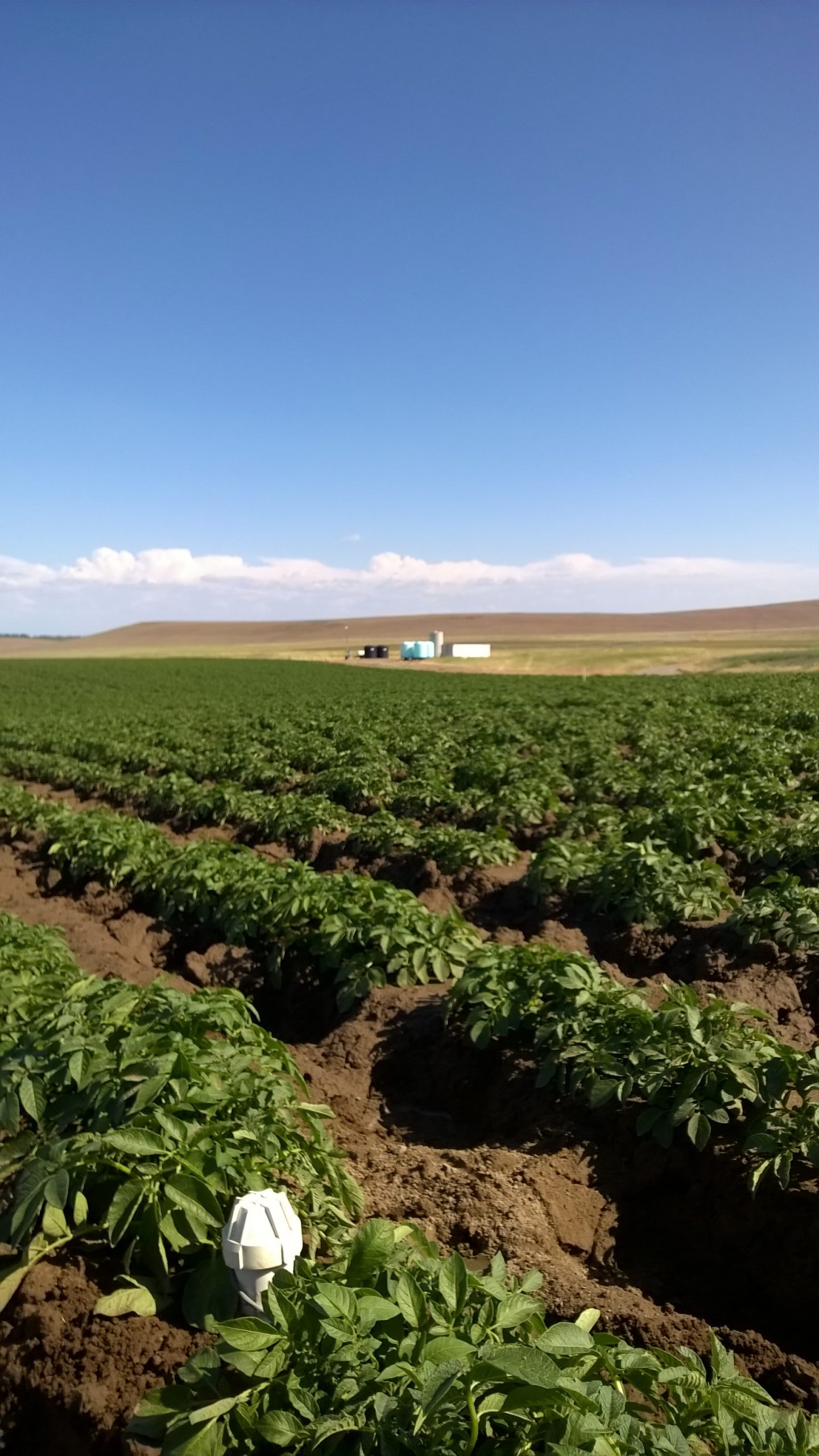 Soil moisture sensor installed in a field[/caption] “Water management is important for a couple of reasons,” he says. “It allows growers to better manage costs associated with irrigating their crops and fields. Secondly, it's important for the environment to use water wisely. It's good for the environment, it's good for the planet.” In the past, IRZ hosted its own website and infrastructure, which was very expensive and difficult to implement. With Azure, they have all those things available to them without having to manage it themselves. Being cloud-based helps IRZ with redundancy and geo-located backups of services – something Berk says puts a small business on the same level as big business. As a result, they’re giving farmers and growers the biggest benefit of all: time. Traditionally, a farmer would have to visit his field multiple times a week, even every day. With IRZ’s sensors in the field, farmers can have the confidence to take time off and still be able to monitor their fields in near real-time. Berk frames the company’s services to growers as a decision support system, starting with sensors in the field – moisture in the soil or applied irrigation – that transmit that data via satellite or by cell modems. From there, IRZ imports that data into its system where it's stored in Azure SQL databases, and then a number of processes run within a web application. And then it's available to IRZ customers in near real-time in the form of reports on either a tablet, smartphone, a PC or a web browser. During the summer growing season, fields can get dry – sometimes all at the same time. But farmers can't add irrigation to the entire field at the same time due to the nature of the way the irrigation machines work. They have to plan ahead.You have all these tools and software enterprises use without the overhead...It levels the playing field for a small business.Typically, Berk says, that grower will make irrigation decisions as much as seven days ahead. And in order to make those types of decisions, they need data. Berk counts Windows 11 and Microsoft 365 as key elements in IRZ’s business. He also appreciates the improvements he sees in the user interface for Windows 11 – a more attractive design that’s easier on the eyes. “They allow us to do a lot of things, particularly in this post pandemic world, working from home and collaborating remotely with colleagues who are apart,” he says. “You have all these tools and software enterprises use without the overhead of running an on-premises Exchange Server or a SharePoint Server. You have all of that stuff licensed to you and ready to go. It's really a no brainer for small businesses, in my view. It levels the playing field for a small business.” Lead photo: Soil moisture sensor (white object, closest to camera) is in the foreground and the telemetry unit is behind it, installed in a potato field near La Grande, Oregon.