Windows 11- How would you like your new favorite OS to be?

Windows 11- The new Windows. And without a doubt, it's gonna be the new favorite OS of the world. Obviously not everyone. Some are gonna have Windows 10 as their favorite. Because, our relation with Windows 11 is love & hate. Windows 11 has a good set of features. But while we like most, we dislike some too. Everyone wants Windows to be as they want. After all, we love Windows for that- Windows can be how we want it to be. So, how do you want Windows 11 to be? What features do you want it to have? (Btw, if you still dunno everything about windows 11, head here.

Here are my choices:

1. A more customizable Taskbar & Start- Taskbar and Start are two of the most loved features of Windows. We have loved them from the birth of Windows. But as time passes, we want it to be more interesting, a better one- no matter how good it is. While I can't say anything about increasing its functionality (I can't even find one. lol), there's a good scope of changing its look. Like we can have 2 versions of Taskbar now- one where apps are centered and in the other left cornered. And usually there is always one version of Start. Instead of this, there can be several views of Start and Taskbar in Settings. I mean, there would kind of be given pictures of how you want your Taskbar and also Start to be. There would be several views. While I can't think of one myself, I can give some examples of different Taskbar & Start looks than the present ones. Here- 1, 2.

2. Accent color through the OS- Accent color is one amazing thing of Windows, I think. You can have different colors on your app borders etc (We know what it does). But with Windows 11, it can evolve. It can be present even in Taskbar, Start, Quick Settings etc. I mean throughout the OS. But... just those plain colors would look rubbish everywhere, won't they? That's where Translucency comes. With translucency and accent color everywhere, Windows would look amazing. How would be amazing you ask? Well, if you think translucency is good, don't you think colorful translucency would even be better? - 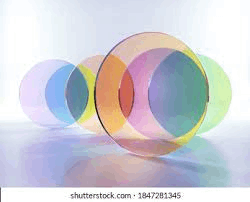 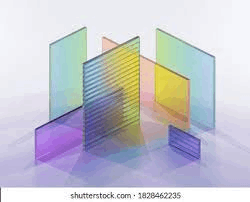 In no way, a Taskbar like sheet of colorful glass would look ugly.

There can be 3 options in Color in Personalization instead of 2- Light, Dark and Accent Color. Consumers can choose what they want. And you can take inspiration from Android 12 if you want.

3. Android Apps- Amazon Appstore isn't bad. But no store can compare with Play Store- every living human knows that. It would be pretty good if Microsoft partnered with Google instead of Amazon. But while that has happened already, Microsoft can do another thing. There can be a native android emulator in Windows. While apps downloaded from Amazon Appstore win run natively, there are millions of apps available only in Play Store. So, Microsoft can partner with Google to download apps from the webpage of Play Store and run them with the emulator, like BlueStack. Only difference, this will be built into the OS.

4. Sharing- Sharing between pc and phone... Oh God! Windows sucks here. There isn't a single person who can share files wirelessly between pc and phone without any additional apps. Windows and Android both have Nearby Share to share files between devices in their own platform. But it would be boon to see a baked in cross platform sharing feature in Windows and Android (Of course IOS too).

5. It would be great to see apps running in containers in Windows 11. (I still don't understand fully what that means. Just know that's a good thing.)

These are my primary choices for now. If I have more in my mind, I will write again. But the following nifty features can be added too-

1. Include all the Quick Settings options of Android in Quick Settings in Windows at least. Of course, not those like Torch. Like Dolby Atmos (In the pcs which support it), Windows Night Light etc. And of course there's the common ones such as Wifi, Dark Mode etc.

3. Be a perfect OS for AR and VR systems.

P.S. I know I am gonna get cursed for saying this, but Android and every other Google product makes me feel like home. No other OS has still done that to me. Windows makes me feel productive which, yes, Android doesn't do. But still, I favor Android and google more. (Heck never products like ChromeOS)
C

Here is your cursing.. Android sucks and Google is a bigger money pig than MS ever was. If you don't think so consider all the stuff that is "free" with Google has to have adds that are based on the data that Google collects on you and is now the largest invasive collector of data about you from anything and everything. It better feel like home since they know you better than you do.

Outside of that Customizable Task bar is nice but if I wanted a MAC I would have bought one. I always moved my Taskbar to other sides. I would have like to have seen it able to float, now that would have been cool. In the middle will just be in as much way as it is with Any of the sides. I have always hated the MAC animations. I want functional the swish and crap animations are time consuming.

I have shared files between my Android and Windows devices for a while now and while I never transfer things through Nearby Share because it just doesn't seem to work well; it is not a problem with using Google Drive or OneDrive to save a file and immediately open it on my PC and then save a change and back to the phone. Doing casting is different but when it comes to sharing files that is not an issue. It is fast, simple and while it does require proprietary apps on one side or another (Google Drive using Drive on the PC or OneDrive using OneDrive on the phone) it is really easy.

If you don't know what containerized apps are maybe you shouldn't wish for them. There are good and bad for these and depending on what you want them to accomplish they can be a real pain in the tush.

A customizable Quick Settings page would be nice but I sure as heck don't need it to look like anything Google or Apple. I have been finding that Android devices are so different from manufacturer to manufacturer and so many settings get hidden or just removed. It sucks. At least with Windows (even when crap gets moved around or renamed) you can find 90% of what was there before and sometimes a better solution.

People often love the storage of passwords, which I fully understand that since we have to create so many because every dang website out there has to have a new set of credentials. I personally would prefer to have them make it easier for companies to integrate with the Outlook/Hotmail SAML authentication process or find a better way to integrate with Google SAML system based on whichever you choose as your primary. I have yet to see any sight use Apple so I leave them out of this list. We need to realize that password storage on PC is most secure if it is local based on the probability that the premise is secure. But the phone is not and laptops are not (unless they are locked to your desk) and for sure the password apps that store things in the cloud are even less (while they have all sorts of protections in place they are vulnerable to the most attack vectors). Your PC can be turned off and disconnected (unplug your home router you are now looking a security). Phones are never off but can be placed in airplane mode that is supposed to turn off the connections (have seen some stuff where Google is still doing trickle connection attempts). So the best place to keep your passwords is to use a method building one that you understand and can remember then write down the password leaving key items out that you can figure out in a matter of moments that will be harder for someone that doesn't understand the method to do.

The other two items I don't deal with so I have no comments on them. I just hate the fact that Windows and MS seem to follow everyone else and have fallen off the innovation edge.
S

1. Android sucks is productivity, which is a pc and Windows is all about. So don't compare their functionality. I would never want to run any Office apps or something like Photoshop to run on my phone and Spotify on my pc, even if I can.
2. Sure you don't want a Quick Settings like that of Android or IOS on pc, nor even I. But if Microsoft wants to change the present Quick Settings on Windows 10, I said Android's one is just one model of the thousands. And heck, Windows 11 Quick Settings is surely the pc version of Android, except for some useful options.
3. While creating a word file of passwords is the safest option (which I do), I also don't want to type a long password every time I need to. An how many can you remember?
4. And yeah, Microsoft is reaallly worse in innovation, but not as bad as Apple. Apple just harnesses the power of their hardware, which is absolutely the best, even an Apple-hater like me have to say that. But on the software, I don't get how they are so bad. Neither I get why people are so ''Oh My Gosh!!' over apple products. I don't find anything better in them than Android and Windows except their integration, rather worse. Only Android seems innovative to me

I
How to install Windows 11 on an Unsupported PC