Windows 10 HP announces the OMEN X Laptop, calling it "a force to be reckoned with" [Update]

HP announces the OMEN X Laptop, calling it "a force to be reckoned with" [Update] 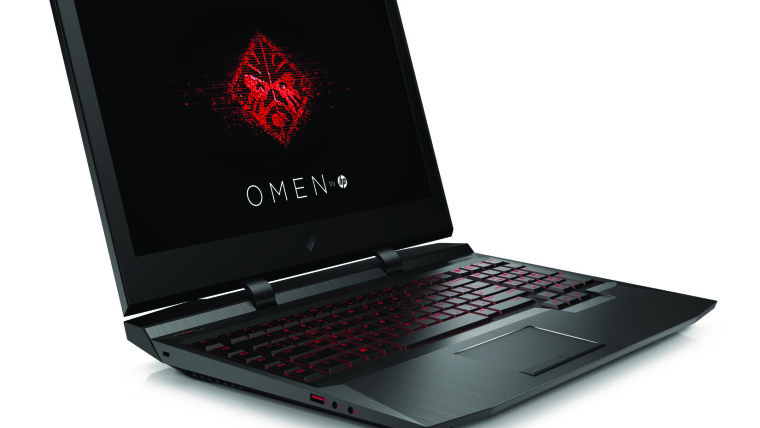 Almost exactly one year ago, HP announced the OMEN X Desktop, the flagship of the lineup. It's unveiled a number of PCs with the OMEN brand since then - including the OMEN X Compact Desktop - but today at gamescom 2017, the firm introduced the first OMEN X Laptop.

HP says that 'X' is the segment of the OMEN brand for enthusiast gamers, so the new laptop has higher-end specs than the OMEN 15 and 17, which offer up to an Nvidia GTX 1060 or 1070, respectively. The X delivers the power with a factory-overclocked GTX 1080. It's also configurable with Intel's seventh-generation quad-core processors, which can either be HQ- or HK-series, the latter of which can be overclocked.

The 17-inch display is offered in 1080p (120Hz) and 4K flavors, both of which support Nvidia's G-Sync technology. But if that's not enough for you, you can connect multiple external displays, as the device includes two Thunderbolt 3 ports, one HDMI 2.0a (with HDR support, which isn't included in the main display), and a Mini DisplayPort. Also, there are three USB 3.0 Type-A ports.

HP says that the device is easy to upgrade, with a single panel that uses Phillips-head screws to be removed, to replace the HDD, SSD, or RAM. Unfortunately, you won't be able to replace the GPU so easily.

The RGB keyboard is completely customizable, including support for programmable macro keys. You can even change the color of a single key. All of this is done through the OMEN Command Center application.

The OMEN X Laptop will be available this November, starting at $1,199. You can find out more about it here.

Update: This article was changed to reflect updated pricing from HP.

I pulled this from Neowin.net.

I wouldn't suggest overclocking a laptop as this can generate heat issues despite their design.

I bought my MSi GT72VR-6RE Dominator Pro here from the Military Exchange. Issue is, I didn't get to request it with the 120Hz screen they offer. I have a website that offers it and screens for many other makes of laptops.

But I'm looking to upgrade it myself. I have all the tools to do this. But I'm leaning more on having it done on the spot at a local shop. And let them keep the old screen which is still in great shape.
You must log in or register to reply here.
Share:
Facebook Twitter Reddit Pinterest Tumblr WhatsApp Email Link
Top