I can't partition the data disk by more than about 2.5 GB

I was hoping to solve this problem by myself, but I seem to have hit a dead end.
I need to partition the disk to install a Linux Distro on it.
Obviously, this is not the first time that I do this, but the problem I'm experiencing today is the first time that happened to me.
Basically, I can't create a disk partition that is larger than about 2.5 GB.
Foolishly at first I thought it might has been caused by the fact that the disk has Bitlocker encryption by default. Undeniably, removing encryption didn't help at all...
So I tried to defragment the disk in various ways to avoid any doubt, but the maximum amount of available space (to be partitioned) is still the same.
From the following, it seems that there is a file/memory cell limiting the disk reduction: 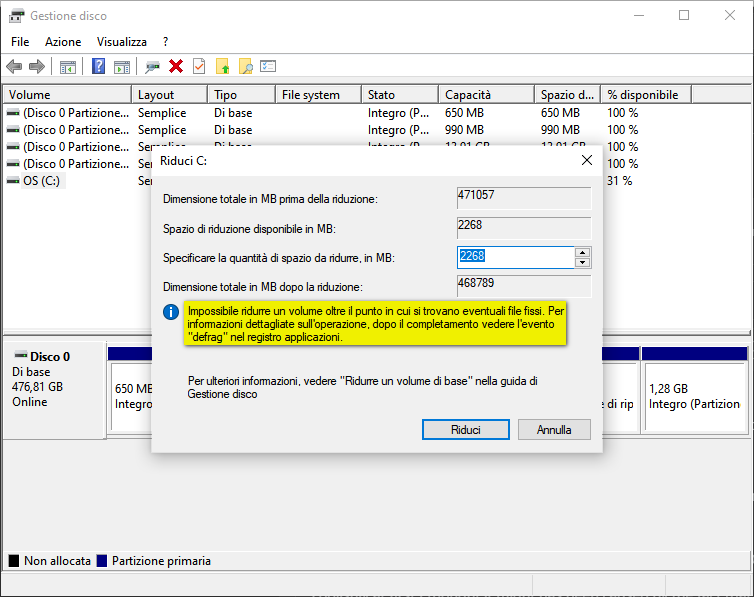 This is what I can see

This instead is the English version of the above 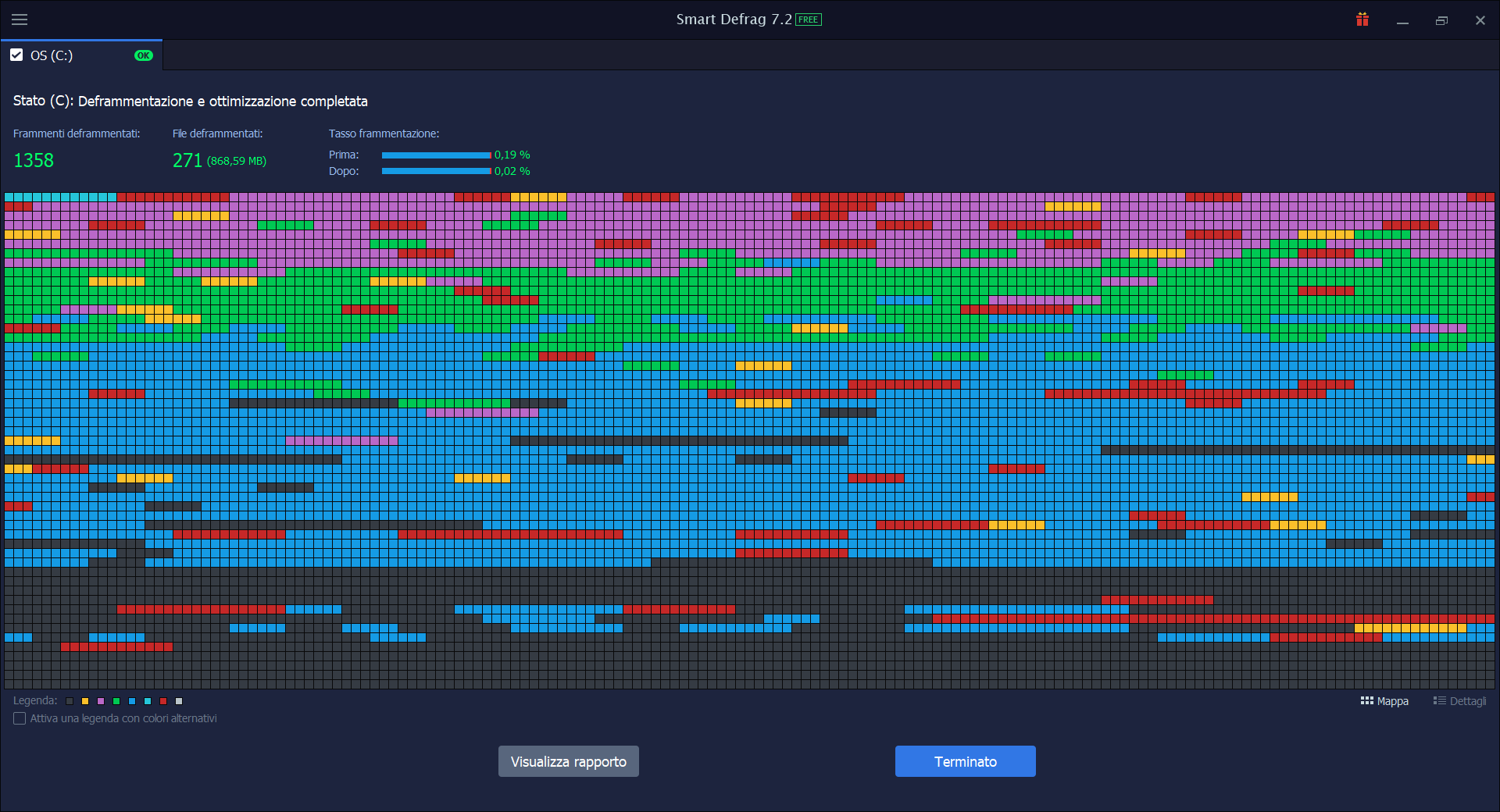 This is instead the situation of my disk after a couple of defrags.

As you can see from the last picture it seems that the last files occupy an area of memory "too far" so I can not make the partition of the disk to my needs.

P.S: I have 143 GB free in my SSD, so I actually have enough space to increase the partition size a bitIs this a problem of mine, or anyone else had encountered the same thing?
I've also thought about using a Linux Distro with GParted but I don't think this would actually solve my problem.
I'm afraid it's due to the presence of the paging file and the hibernation file of my laptop, but what I find really strange is that having 143 GB free, ONLY two of those are left usable for a disk partition.

Staff member
You shouldn't defrag a SSD it will severly shorten the disk's life span. Most OS will actually kick of TRIM but still don't do it. Also is the disk using MBR? MBR only supports 4 primary partitions, so you'd need to convert to GPT.
L

Neemobeer said:
You shouldn't defrag a SSD it will severly shorten the disk's life span. Most OS will actually kick of TRIM but still don't do it. Also is the disk using MBR? MBR only supports 4 primary partitions, so you'd need to convert to GPT.
Click to expand...

Thank you very much for alerting me to this fact

My disk is using GPT, and it only has one primary partition, so I don't really understand why this happens.
I tried to remove the paging file and the hibernation file, but I only managed a maximum of 23 GB.
Using third-party software I can go and reduce the disk by ALL the free space, but honestly I don't trust it that much.

Staff member
I imagine the red is unmovable files likely due to them being in use. You may have to shrink it with the drive offline.
L

Neemobeer said:
I imagine the red is unmovable files likely due to them being in use. You may have to shrink it with the drive offline.
Click to expand...

Should I reboot my PC and try to resize the disk with GParted in a Live Linux Distro?
I mean, is it safe to do this that way, or do I risk losing data?

Staff member
That would be one method. Resizing is typically a quick operation. Moving partitions can add an element of risk since a power loss or system shutdown could leave a partition in an unusable/broken state.

Just wanted to brag about my new computer!

Anyone else running Windows 11 notice this?

S
How Do I Resize A BitLocker Filesystem?