Having 14 years of experience in IT industry, he is taking the company in its mission and growing it into a global community of creative entrepreneurs and their customers with his leadership. He keeps the business tight and together by his innovative thinking with strong strategic planning.

Hello all “HOPE EVERYBODY IS SAFE & WELL “
Im very new to the use of the internet im trying learn ( its talking quite a while im finding it quite hard lol ) im hoping i can get nice helpful advice & tips as theres nowt worse then nasty replys that are only put to make people feel stupid , im hoping its not like that 🫡🫠


So good to see you Guys, yes, I'm in, cybercore from Windows 7 Forums.
Click to expand...

Do you no if the windows 7 disks on ebay and amazon are any good ? I dont have a clue how or were licence number is on dell laptop 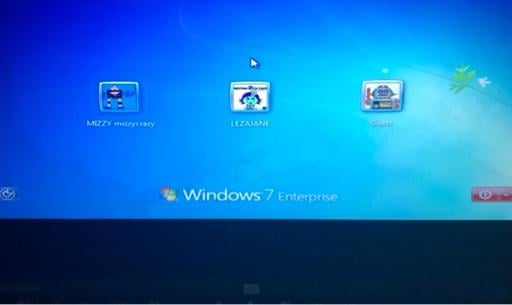 MrX said:
Found this website through searching Windows 8 New's page after making my a new video, thought I Google some things.

So far I am enjoying my time here and I am liking the layout design of Windows 8 Forums.

I am 16 from Middle East Kuwait and have been highly interested in computers and software for years but I am mainly interested with security software. I am an Advanced Security Expert.

I am also a Web Designer/Programmer and a Developer, I own an Image Hosting Website Blubbz > Professional and Simple Image Hosting on the Net..

I have been making YouTube videos since 2008 with recording software, testing software and making easy to follow tutorials.

My videos are unique mainly in the fact that they are short and straight to the point with useless parts edited out.

If you would like to take a look then feel free to visit my channel.

Other then that I am happy to have found a community with similar interests as me and I hope to further enjoy my time here.

- MrX.
Blubbz > Professional and Simple Image Hosting on the Net.
Click to expand...

COOL do you do tutorials if asked

Mike said:
Too young to be a developer and geek?

Its not a horse race. At 16 I was experimenting with the ircu source code, website development, and MUD programming in C. I taught myself how to install, use, configure, and security harden Red Hat Linux (Vanderbilt distro sticks out in my mind for some reason) and Slackware. At the time, those were the big ones. My MUD creation had could draw in a crowd of dozens of players at a time and was a derivative of CircleMUD its still on SourceForge. We published the source code when we got tired of it. We spent almost 6 months to a year rewriting the code from scratch for "version 3" of the MUD while simultaneously taking version 2 down. This was a big mistake, so on 12/19/2000 we published the code for people to use. This code was a tall order, and when it was working, we had an interactive ASCII world map, tons of features, and all sorts of weird nerd stuff.

I can say I was a developer 13 years ago, when I was still 15. I was a founding member of a very successful Internet Relay Chat network called "AfterNET" and even gave it its name (AfterNET.org). I must have been 14 or 15 at the time. We wrote a "Constitution" of how the IRC network should behave and I was a major participant in every decision that IRC network made for years. Back in those days, I never disclosed my age.

Even before that, at the age of 12 years old, around 1995, I was on America Online role-playing in Star Trek groups on Wednesday evenings after school. I remember playing Doom and Quake. I remember Novel NetWare being used at my high school and thinking of how slow it was just to login and how there had to be a better solution.

My professional career starts later, but I even ran a web hosting company from 1999-2001. I designed the entire website and coded an accounting system for payments in PHP at the age of 16. The company broke even in 2000 but never really caught on and lost money (directspeed.net). You can look at the Internet archives to confirm this. I shut down shop around early 2001, right before the Sept. 11th attacks.

Was I a professional anything back then? Not really. But we all start somewhere. Once I got to working hard (and then learning that "working smart" was more important according to one CEO), I kept going. I got certified 7x to prove I knew what I was doing and completed 3 years of forensic psychology. I was certified by Microsoft as a MCP, MCSA, MCTS, and MCITP in 2 months. The only reason it wasn't sooner was because I had to work and couldn't get to the exams fast enough I'm grandfathered in as being perpetually certified as Network+ and A+ from CompTIA. I have a great background in project management, system administration, and working in IT. Today, I run these forum networks. As part of that deal, I work extensively with business leaders, site members, and I'm taking that a step forward by going to the Microsoft MVP Global Summit next year and doing more NDA work with Microsoft, vBulletin, Crawlability, and other companies. I've worked for government and I've worked for private business.

But times are'a changin. When I was your age I bought my first cell phone at 16 from AT&T. It looked like a blue banana.

Its not a contest! Don't pigeon hole yourself with labels. There is a lot for you guys to look forward to. Needless to say welcome the forums!
Click to expand...

No need BRAG lol all of ya

Medico said:
Hi all. I downloaded Win 8 Dev Preview shortly after it was available and installed within Virtual Box on my Win 7 Ultimate OS. I have been using Win 7 since the RC. I have been a member of Windows Secrets Lounge since Dec 2009 and have been a VIP there for a while. I hope to contribute to these forums equally as I do there. This is a link to my Windows Secrets Lounge Profile page. Over time I hope to meet many of you here.
Click to expand...

I really hope your problem has resolved by now. If not, consider doing a password change via a flash drive, and then grab all your data, and then (finally) upgrade the system to a modern Windows environment. I'm going to take a walk now, it's sunny today!

mizzchic said:
Hello all “HOPE EVERYBODY IS SAFE & WELL “
Im very new to the use of the internet im trying learn ( its talking quite a while im finding it quite hard lol ) im hoping i can get nice helpful advice & tips as theres nowt worse then nasty replys that are only put to make people feel stupid , im hoping its not like that 🫡🫠

Welcome to the forum

mizzchic said:
Hello all “HOPE EVERYBODY IS SAFE & WELL “
Im very new to the use of the internet im trying learn

welcome to the forum mate

goto one of the sub forums like Windows 7 installs and ask your questions there... because people that hang out in the Windows 7 space tend to know more about 7 than people in the introduce yourself space

Hi all, glad to join in!

Nice to meet you guys!

Nice with a load of new members.
Feel welcome!

Spookyfest is back: Trick your friends, treat yourself with Minecraft adventures

Ring in the new year early with Minecraft