News Feed
In more than a decade working at Reallusion – a 3D and 2D software and content developer that specializes in Windows-based real-time animation and creation tools – Enoc Burgos has seen a lot of changes in the industry, but one thing is consistent in his role as director of partnership marketing: being able to support and empower up-and-coming creators who lack skills and/or resources to develop their vision. Authors use Reallusion software to make trailers for their books, students and professors tap into the technology to create more realistic training sessions and movie studios find the company’s iClone -- an animated storyboard that helps preview scenes that need to be filmed -- to be the right tool for pre-visualization purposes. With Reallusion tools, creators don't have to start from scratch. They’re able to create something based off of already existing assets. They can grab a base character, modify it with a photograph and then stack layers for the skin textures to create something that's very high quality, without having to be an expert in the entire process of 3D modeling. iClone, launched in the early 2000s, is one of Reallusion’s most popular tools, incorporating real-time computer graphics engines to create cinematic production. Anyone can use it with pre-made assets, such as characters and built-in motions. Users can also apply their own voices and use their mouse to animate characters. This gives creators the freedom to come up with their own animations – and own them. “The moment I felt that the industry really started to shift is when we launched iClone 5 (about 10 years ago),” says Burgos, who adds that was the first time the company offered motion capture, something previously reserved for high-end studios equipped with $100,000 computer rigs with dozens of cameras. What made that iteration of iClone stand out was its pairing with Microsoft Kinect, using that product’s infrared sensor to generate basic body animation. This device, which cost $79, opened the doors for an entire ecosystem of future developments with other partners and other tools. [caption id="attachment_175855" align="aligncenter" width="1024"] 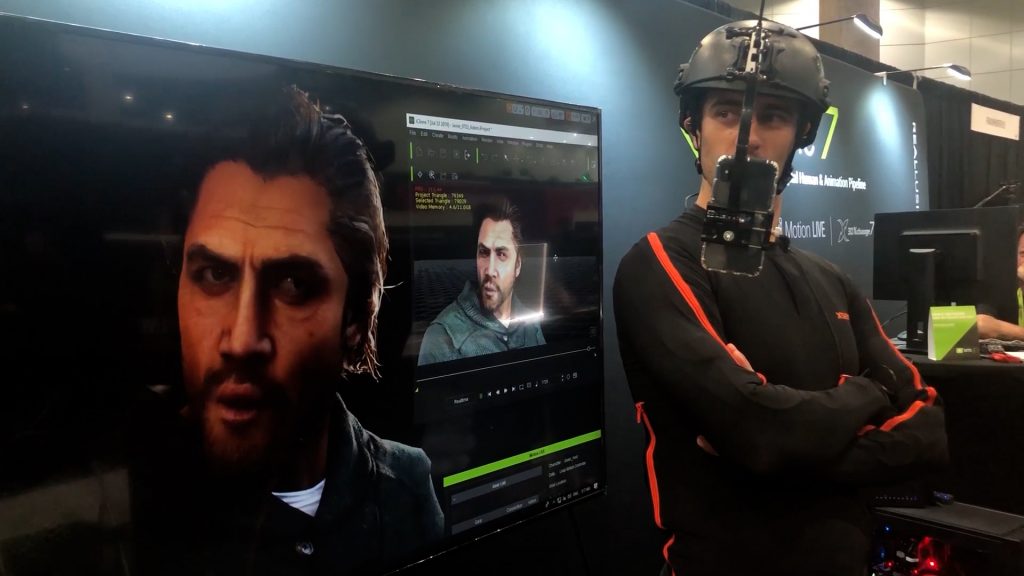 Animating digital humans with Reallusion's Motion LIVE mocap system at SIGGRAPH 2019. Renowned mocap artist Pasha Sol wears an Xsens MVN suit connected to iClone 7.[/caption] “That was the moment to me that we really started seeing the evolution of the indie developers. And I'm really proud that Reallusion was part of this,” Burgos says. “We were right in the midst of providing the tools and the accessibility for anybody to be able to create their own animations, customize it and use their own body movements to generate these motions. And that was one of the biggest jumps that I witnessed in the industry during that time.” Reallusion’s iClone 3D animation software is designed for Windows, primarily because of the flexibility and the customization that the operating system can offer, Burgos says. Mocap (motion capture) hardware partners may have their own drivers and software, but Windows allows Reallusion to be adaptable and flexible to work with different devices for maximum efficiency. At the same time, Windows can also help customize rigs for a variety of projects – crucial especially for indie developers who sometimes require tailored systems to meet specific needs. They're able to upgrade their systems and swap out different components. [caption id="attachment_175856" align="aligncenter" width="1024"] 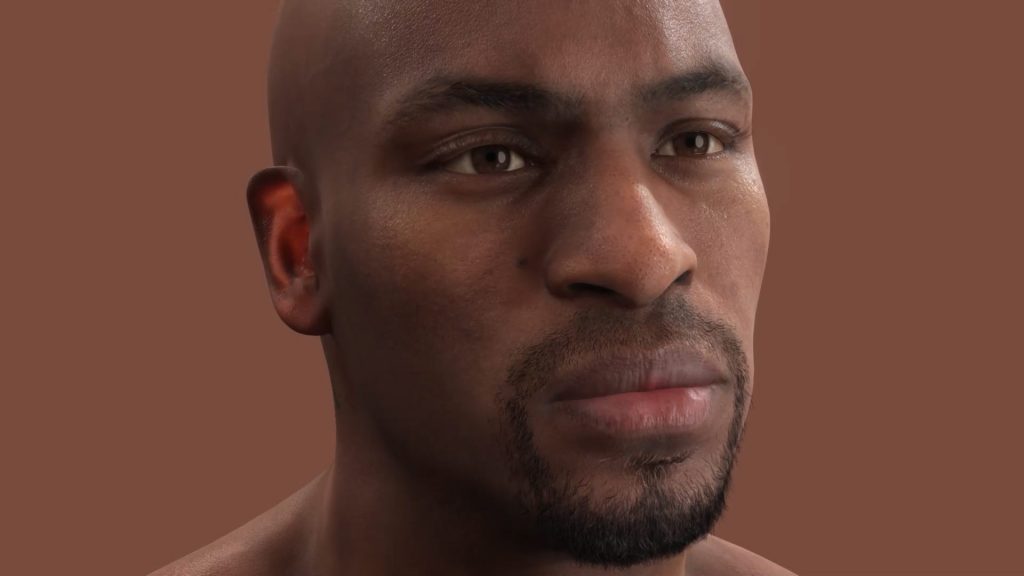 Creating digital humans with Reallusion's Character Creator 3 software is fast, thanks to plugins like their AI-based plugin Headshot, and their skin generator plugin SkinGen.[/caption] As part of Reallusion’s dedication to the Windows ecosystem, they transitioned from desktop towers to Razer Blade laptops in 2020, mostly due to what could’ve been a catastrophic situation at a Game Developers Conference in San Francisco, in which they discovered a last-minute malfunction in one of their rigs. Resolved to never have that happen again, they turned to Razer after seeing one of their #MadewithBlade creator videos. “We just had to contact Razer. We wanted to test one of these rigs out and sure enough, they sent us one,” Burgos says. “Actually, everyone was very surprised because we finally had this compact laptop that could run two real-time systems at the same time, while streaming motion capture data. To us, it was like this dream tool that somebody conjured up.” As both a console and PC gamer, Burgos has a pretty good sense of the durability of hardware, especially because gaming hardware goes through so much wear and tear. And he says, “Razer systems were always the pinnacle for gamers. So when we found out that Razer was creating a studio line that was used by designers and creators, we knew this was something special. This was something that would be easily adopted by the community, who often asks us, what do we recommend? What kind of system would work with this? What are the requirements for that?” [caption id="attachment_175857" align="aligncenter" width="1024"] 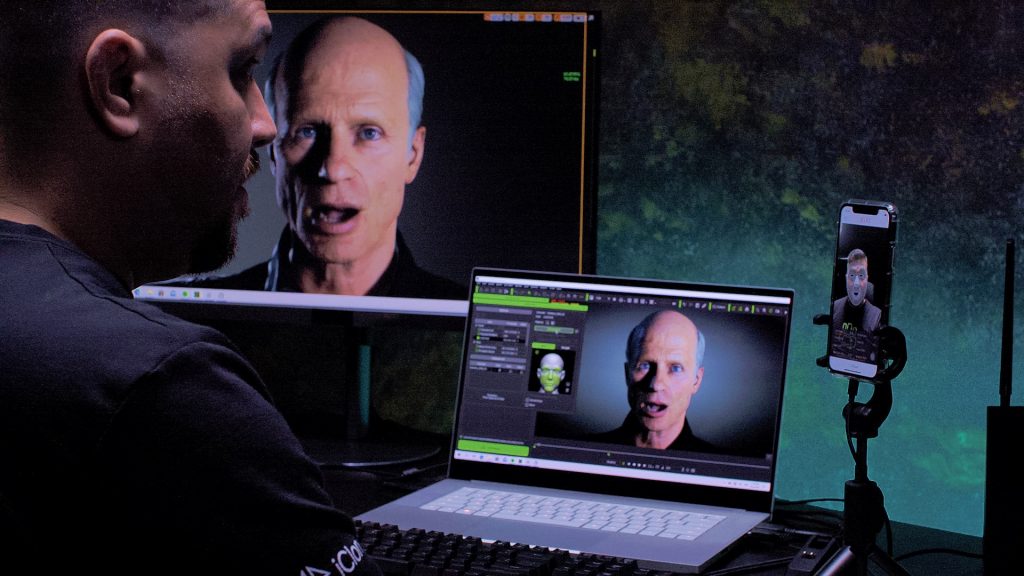 Animating digital doubles with iClone 7's facial motion capturing iPhone profile on Razer's Blade Studio laptop for creatives.[/caption] Burgos frequently connects with an ever-growing network of power users. That’s how he learns about their struggles and what they need for their projects. He’s then able to provide them with the software to make it happen, as well as shine a light on their work through feature stories on the Reallusion site. Sometimes, that exposure leads to indies collaborating with bigger studios and companies. A few years ago, he found an Australian 2D animator on YouTube who was using an older Reallusion 2D animation tool: the CrazyTalk Animator software. Burgos had been a trainer for CrazyTalk, recording tutorials, so he was able to recognize the software right away. He and the Australian animator became friends. During that time Reallusion opened its online marketplace. This virtual platform gave content developers like Burgos’ friend the opportunity to create their own content and monetize it, so they could sell characters and props to a world of CrazyTalk animators around the globe. “He was blown away because all his life he was a cartoonist, he was an illustrator, and he would do this as a hobby,” Burgos says. “To him, it was amazing he could finally profit from his art.” Fast forward five years later, and now that friend is one of the most successful content developers in the Reallusion marketplace, and the company has hired him as a 2D community manager for Reallusion. “We're sending messages back and forth on a weekend through Facebook and he tells me, ‘Thank you Enoc. You changed my life.’ Now, I feel humbled about that. I don't take any credit, I was just doing my job,” Burgos says. “But we’re able to help so many people along the way, people who had a story to tell, but they neither had the skills nor the budgets to do that. And I think that's one of our proudest achievements, being able to give the little guy a chance, and we've seen a lot of success from these indie developers around the world.” [caption id="attachment_175858" align="aligncenter" width="1024"] 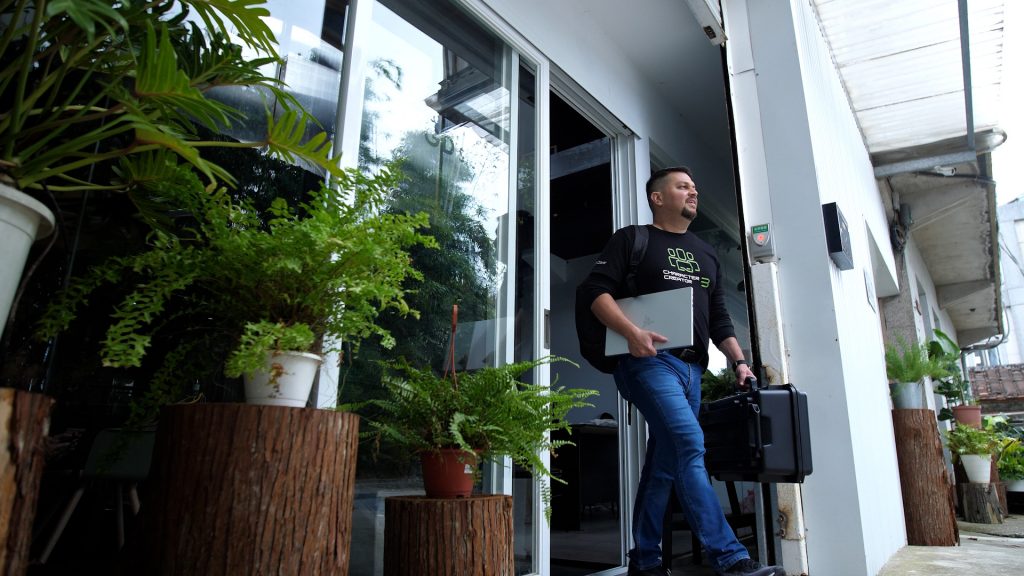 Combining Reallusion's real-time animation software, with Xsens mocap suits and Razer's Blade Studio laptops allow artists and studios to motion capture in any location, as Enoc Burgos shows walking out of an office.[/caption] Burgos, who has been with Reallusion for almost 12 years, traveled his own circuitous route to get into this industry. Growing up with Saturday morning cartoons in the ’80s, he always dreamed about being involved with content media and music, but he studied industrial engineering at the National Autonomous University of Honduras. Soon after he graduated, he landed a job with a machinery company – in Taiwan. While there, he also pursued a master’s degree in business administration. After that, he worked in different industries: as a sales specialist with a PC distributor and a purchaser for a large food company. “I loved video games and I wanted to get closer to the industry, but no one would really hire me because I didn't have any programming experience or I didn't have any background in the arts,” Burgos says. He eventually worked for a mechanical keyboard manufacturer that had a small software development team. He took that opportunity to change industries, and then made his big move when he received an email through his MBA alumni association about a job at Reallusion. “I really wanted to be part of Reallusion. I poured my heart out in the interview. They liked what they saw, and I slowly started learning everything about the industry,” he says. “Now, you need to remember that one of the things that really makes Reallusion accessible to everyone, is that our tools are easy to learn. Anybody without prior knowledge can grab our tools with no experience and start creating something. I am living proof of that concept of being able to jump in with no experience and start creating something, thanks to these real-time tools that Reallusion developed. And that was my entry into 2D and 3D animation.” [caption id="attachment_175859" align="aligncenter" width="1024"] 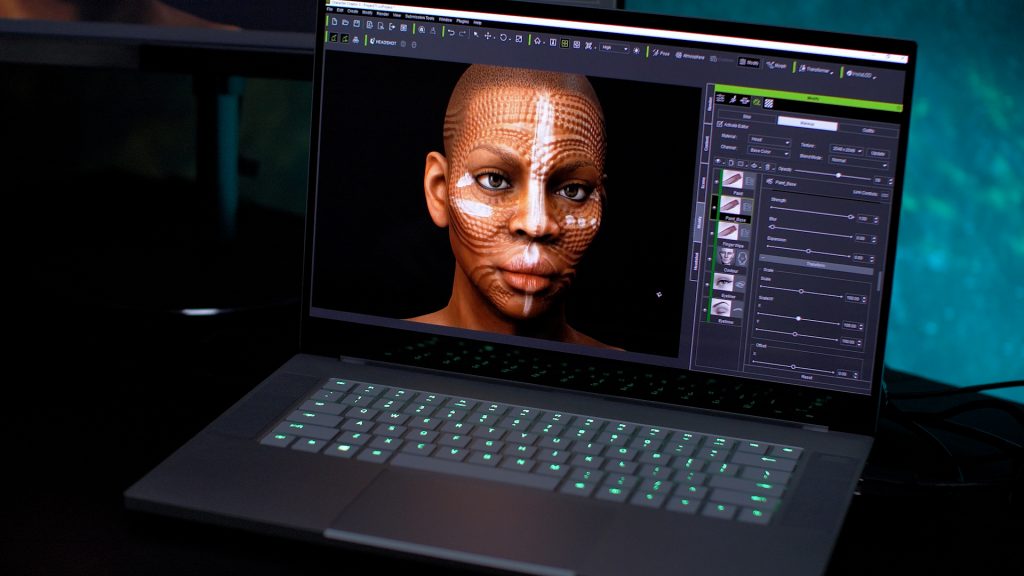 Character Creator's skin layering mechanism allows artists to easily create intricate skin details through multiple material channels like diffuse, roughness, specular, normal maps and more.[/caption] Recently, Reallusion has been working with NVIDIA to build a Connector to the Omniverse platform, which enables virtual collaboration and real-time simulation for 3D workflows. With the Omniverse Character Creator Connector, Reallusion brings the power of a full character generation system, complete with motions and unlimited creative variations, to the Omniverse platform. Artists and designers can now easily design and transfer characters and motions directly into Omniverse and its connected ecosystem. This is done through the Universal Scene Description framework (an open standard originally developed by Pixar). “The idea behind this is that you could have a collaborative effort from artists and studios from around the world, each jumping into this virtual platform, creating and iterating in real time,” he says. “You could have someone in Japan using Unreal Engine to create the layout of your scene with the props and the vehicles. Then you can have someone in France using Character Creator to create a character in real time, dropping the character into the Omniverse, into that Unreal Engine scene. At the same time, someone in India could use a motion capture suit, or a motion capture system, to animate that same character that is being plugged into Omniverse.” In 2020, which Burgos notes was “an extremely challenging year for everyone around the globe, "Reallusion saw a spike in the influx of users who were starting to use more of their tools. People from different communities – Blender and Unreal, for instance – were starting to connect with Reallusion applications, connecting all these different tool sets together. Reallusion received a grant from Epic Games and decided to use it to give back to the community, in the form of the Pitch & Produce Program. Reallusion helps identify projects and provide creators with software, technical assistance, financial and promotional support. “This has given us an insight into how many people in the world have this amazing vision for a project. And with a little bit of help, they're able to achieve that,” Burgos says. “And of course, it's so gratifying to see that we were able to be part of that, to give back to the community and see the community flourish on those efforts.” Lead photo: Reallusion's Director of Partnership Marketing Enoc Burgos, with Character Creator on Razer's Blade Studio laptops with Nvidia RTX cards. All photos courtesy of Reallusion.