We are introducing a new policy so that IT administrators can exclude USB removable drives from BitLocker encryption. This will solve the problem of automatic or accidental encryption of storage built into specialized devices like video cameras, voice recorders, conferencing systems, medical devices and many more. When this policy is enabled, you will not be able to encrypt storage that is on the exclusion list, and you will not be prompted for encryption if you connect such storage to a device while “Deny write access to removable drives not protected by BitLocker” policy is enabled on it. This policy so far can only be configured via MDM custom OMA-URI. Here are the steps an IT administrator can take to exclude storage from encryption: STEP 1: Gather Hardware IDs of devices you want to exclude. You can follow the steps to get hardware IDs of devices outlined here in this Docs page. STEP 2: Configure BitLocker Exclusion list Policy in Intune:
[caption id="attachment_175579" align="alignnone" width="551"] 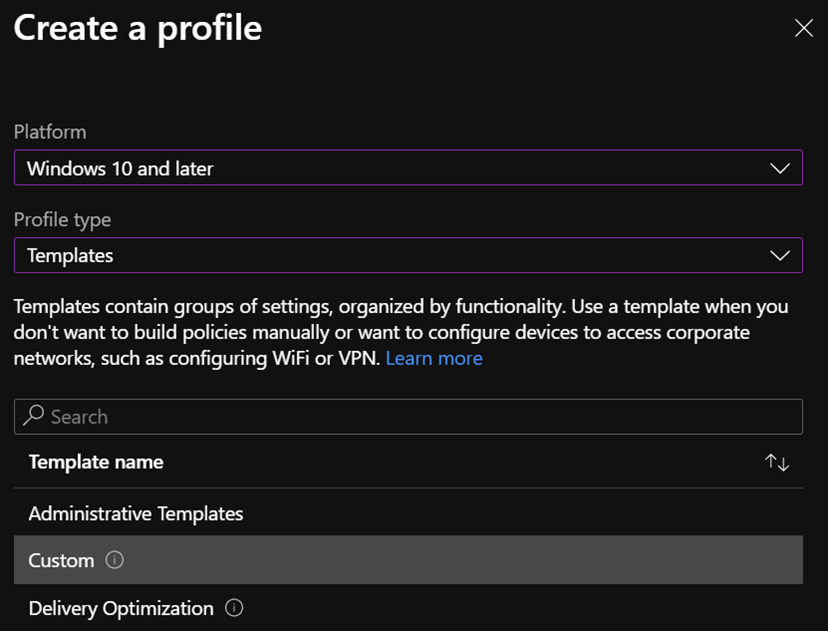 Create a profile with these dates in the Endpoint Manager portal to setup your BitLocker Exclusion List Policy.[/caption]
[caption id="attachment_175580" align="alignnone" width="646"] 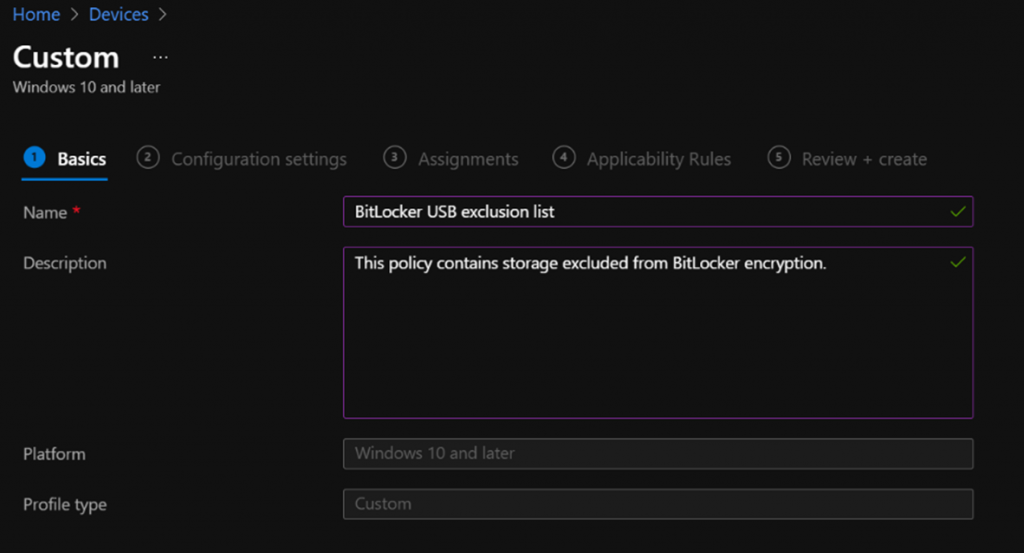 Add a name for your policy and description on the Basics tab for the profile you just created.[/caption]
[caption id="attachment_175581" align="alignnone" width="498"] 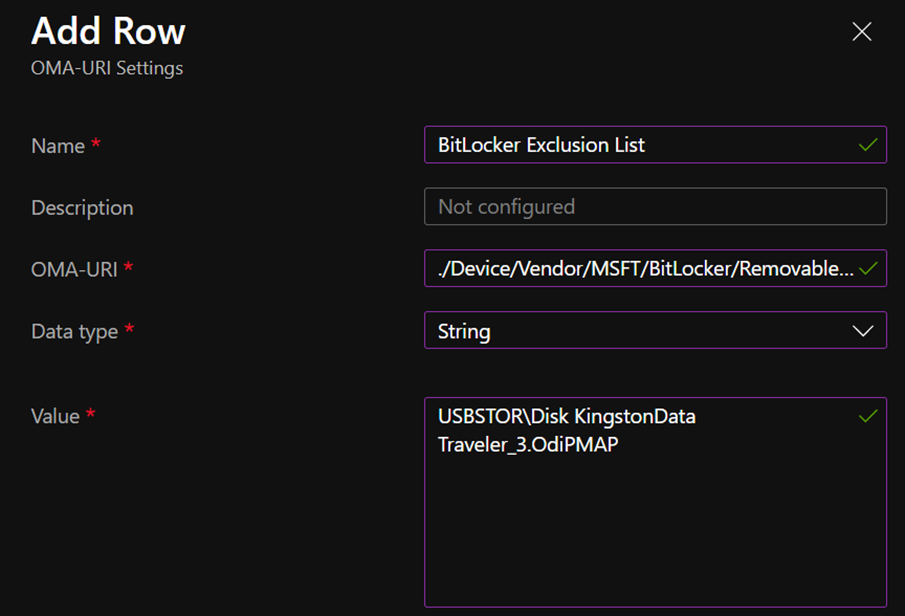 Add in the above-mentioned details on the Configuration settings tab for the profile you just created.[/caption]
[caption id="attachment_175582" align="alignnone" width="586"]

On the Assignments tab for the profile you just created, select the group you want the policy to apply to.[/caption]
FEEDBACK: Please file feedback in Feedback Hub (WIN + F) under Security and Privacy > BitLocker and Device Encryption. 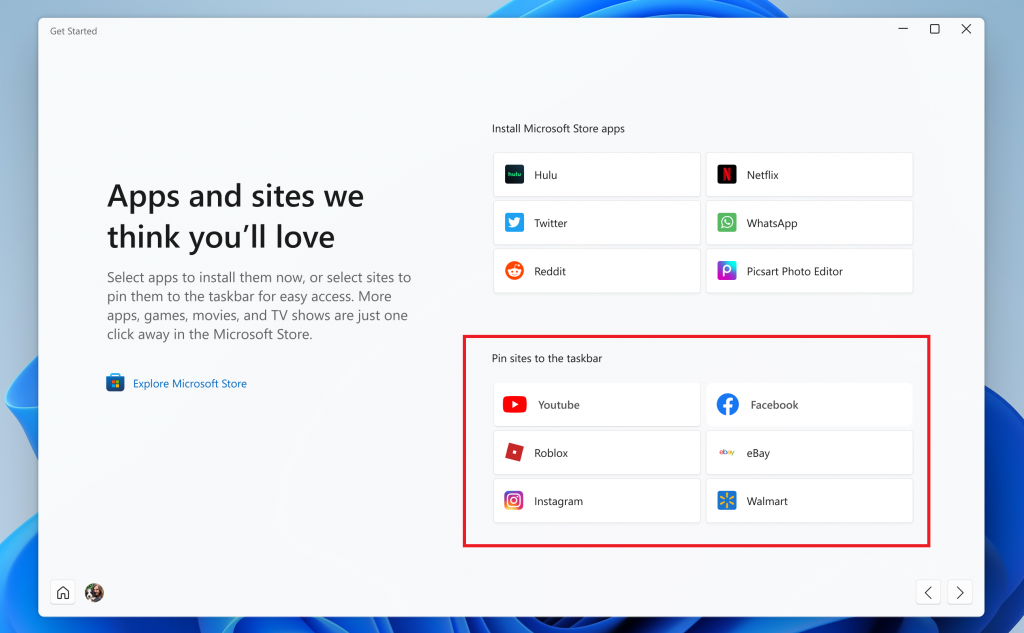 Site suggestions in the Get Started app that you can pin to your taskbar.[/caption] Note: This experience recommends popular sites and is currently only available to EN-US devices. Personalized site recommendations and other locales will be supported soon. [Windowing]
[caption id="attachment_175585" align="alignnone" width="747"]

[General]
[Tablet-optimized taskbar] NOTE: These fixes will only show if tablet-optimized taskbar is enabled on your device, which is beginning to roll out to Windows Insiders and not yet available for everyone.
[Start menu]
[Focus]
[Input]
[Settings]
[Windowing]
[Network]
[Voice access]
[Live captions]
[Narrator]
[Task Manager]
[Other]
NOTE: Some fixes noted here in Insider Preview builds from the active development branch may make their way into the servicing updates for the released version of Windows 11 that became generally available on October 5th, 2021.

We have rolled out an update for Media Player (Version 11.2202.42.0) that brings support for CD playback. We've also made improvements to better adapt to theme changes and to the media content drag and drop experience. [caption id="attachment_175586" align="alignnone" width="546"] We recently announced the Recent Apps feature which allows you to easily access the three most recently used apps from your Android device on your PC. Now, we are excited to introduce the latest integration of Your Phone and Office mobile expanding the Office productivity with your Samsung device. [caption id="attachment_175587" align="alignnone" width="607"] 
About the Dev Channel [Updated!]​