News Feed
Ryogo Toyoda is now a successful 3D illustrator based in Tokyo, but he began with more traditional influences. Drawing comics and picture books since he was in kindergarten, he gradually added the manga style to his creations in elementary school. Growing up in Japan, video games and anime would also figure prominently in his artistic development. He went on to graphic design school, where he learned layout, color, typography and how to make concepts for advertisements. After graduation, he worked at a production company as a graphic designer and on the front lines of advertising and web design. That would lead to starting his own business, when his self-taught hobby of illustrating in 3D turned into a career. “I have wandered through many different industries, and I think that such a complex career has given me the style I have today,” says Toyoda. His eclectic portfolio comes from a mindset that embraces constant evolution. “I try to take on a new challenge each time,” he says. “In general, most artists continue to create in one style. But that makes it difficult to keep growing, so I try to keep updating my style.” [caption id="attachment_175687" align="aligncenter" width="1024"] 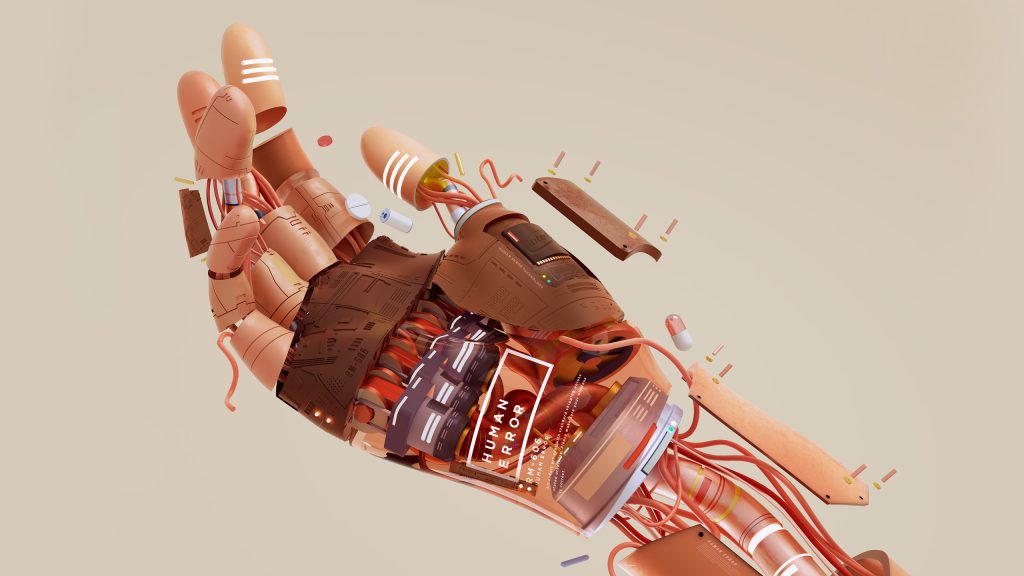 Artwork by Ryogo Toyoda (Courtesy of artist)[/caption] Toyoda’s work often lands in advertising and corporate promotion, communicating the world view of a company's brand to consumers or promoting their services. He creates still illustrations and animations, but gets a lot of satisfaction when his 3D works turn into real sculpture or products. “Personally, I like campaigns that are not only on the web but also linked to the real world,” he says. Before the pandemic, much of his campaign work was visible to the public in shopping malls, where his 3D work showed up as sculptures: Lumine (his favorite real sculpture of a 3D factory) and iSquare Hong Kong (a 3D character). [caption id="attachment_175689" align="aligncenter" width="1024"] Artwork by Ryogo Toyoda (Courtesy of artist)[/caption] Some of his 3D work became incorporated into products, such as the packaging design for Pino ice cream. “My favorite part is when I'm working on the concept and planning,” he says. “When I come up with a good idea, I get excited.” Besides his childhood influences, travel was also a source of artistic inspiration and recharging. During the pandemic, he’s taken his daughter around Japan in between projects. They’ve gone to Okinawa, zoos and farms. “I often create my own characters based on animals, so I try to observe them closely,” he says. [caption id="attachment_175695" align="aligncenter" width="800"] Ryogo Toyoda (Photo courtesy of ASUS)[/caption] A 3D artist uses a variety of processes from the start to the end of a project. For Toyoda, it starts with drawing rough sketches and concept art. After he’s solidified the image, he does 3D modeling, adjusting lighting and camera settings. After that, he adds colors and textures, and then the image is rendered and output as an image or video. After color correction and compositing, the project is complete.Toyoda uses Windows 10 ASUS PCs and devices to turn his ideas into reality. When he’s on the road, he uses the ProArt Studiobook Pro 17 W700 laptop. “The memory, graphics performance and precision of the display are all specs that you wouldn't expect from a laptop, so it's very helpful,” he says. “They are second to none to a desktop PC. The laptop's ProArt monitor is large and has a beautiful display. It's like a studio PC that you can move around.” This is especially useful when he has urgent 3D work to do on the go. [caption id="attachment_175698" align="aligncenter" width="1000"] Ryogo Toyoda working on his ASUS devices at home (Photo courtesy of ASUS)[/caption] At home, he uses a 27-inch ProArt Display and because rendering time has to be fast, he must have ASUS graphics cards as well. “The slightest color error in my work can affect the viewer's impression,” he says. “When doing this as a job, it is important to check the colors in the correct working environment. When I used a different monitor, the colors sometimes looked different between the client's PC and my PC. When creating CG for actual products, the colors of the products must be accurately represented. When creating a package design, if the color changes even slightly, it will affect the sales and brand image of the product.” Toyoda says that while every artist chooses a PC that suits his or her working style, he appreciates the advantages of using a Windows PC. “Most 3D artists use Windows PCs because 3D drawing and rendering is too demanding for other computers,” he says. “The advantage of a Windows PC is that you can freely choose the CPU, graphics board and memory capacity. I also appreciate that Windows supports a lot of software.” He engages a variety of software for 3D production, such as Cinema4D (his main tool), Octane Render for rendering, Zbrush for sculpting and Marvelous Designer for cloth simulation. “If I didn't have these devices and software, I wouldn't be able to do what I do. I sometimes draw 2D concept art as well as 3D, and it would be difficult to work with only analog materials for 2D work as well,” he says. “I will continue to actively use technology to create even better work.” Lead photo: Artwork by Ryogo Toyoda (Courtesy of artist)