This thread is related to my other thread on this forum pasted here below.

Run programs on lockscreen of Win7, 8.1

I have two machines running Win 7 and Win 8.1 and need this to work on the win 8.1 but if we find a proper solution then it could work on Win 7 as well. I want to display weather on the lock screen. So i found a metro app in the Microsoft store called Forca weather and it worked for about 5... 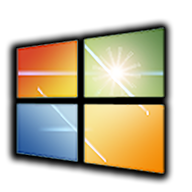 I am trying to find a way to auto launch a program as soon as the screen is locked. In my other thread, I mention how I found a way from other forums to manually open a program but it is not what I need because it is not automated. (It works by editing registry and then to either press shift key 5 times or to click on the ease of access button).

I used AnVir task manager to trace back the processes after running the program on lockscreen while remote accessing it so that I see the details.

I saw that the process runs under winlogon.exe. but not the main one. it runs under the one that is created each time the screen is locked. The PID changes each time it is created.

I used runfromprocess to force the program to run under winlogon.exe process and it did but only under the main one and shows on the desktop.

Then I tried to run it under the PID of the one created when locked under system but still did not show on Desktop.

So I am hoping that we can find a way to do that as there does not seem to be a solution on the internet for this exact method.

I read in another post that GINA DLL files can do such tasks but I have no idea how to configure it.

Staff member
What is the need for this? You shouldn't be running programs on top of the lock screen. It's quite the security risk doing so as programs will run as the SYSTEM user.
J

I got the idea from the way WIn 8, 10 show info on lock screen. The Metro weather apps for Win 8.1 don't work properly and need constant monitoring.

So I am doing the same thing with other normal weather programs such as rainmeter...

Any tips on this?

Staff member
You can't. You'd have to write your own UWP app and program it to support displaying info on the lock screen. LockScreen - Windows UWP applications
J

Thanks for delivering such information.
You must log in or register to reply here.