Browsing the web in Microsoft Edge with Narrator is now easier​

We have been working on a collection of improvements to web browsing with Microsoft Edge and Narrator. Specifically, typing in edit fields should now be faster, when navigating around the web more useful information is provided, and lastly you will have a more consistent navigation experience with Narrator. [caption id="attachment_175417" align="alignnone" width="2013"] 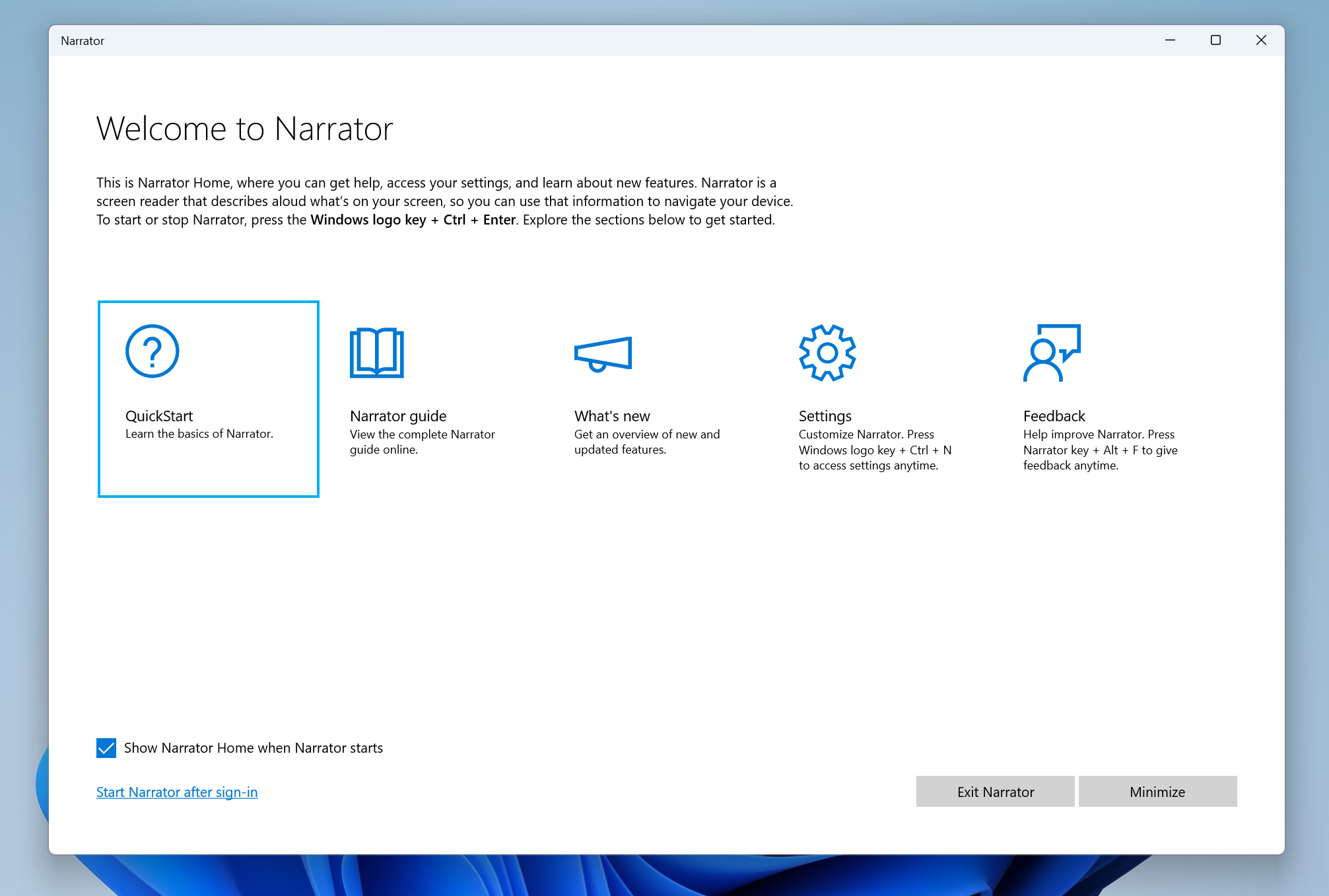 Narrator Home in Windows 11.[/caption] We have made it easier to type in edit fields, such as the address bar, because Narrator scan mode will now turn off faster. Specifically, if you press Ctrl + L to jump to the address bar, you should be able to start typing immediately because scan mode will turn off sooner. This improvement will also help when filling in form fields such as typing your name and address in different edit boxes. In addition to making it easier to type into edit fields, we have also made it easier to delete in edit fields. Narrator will now read the character that the cursor position is at after a character has been deleted. In other words, if the cursor is on the “h” of “hello” and you press delete, Narrator will speak “e”. You will also get more contextual information when navigating around the web. For example, required radio buttons and edit fields will now be read out as required, and more information about lists including list levels and accurate list indices will now be read out. In addition to getting more information read out, you will have a more consistent navigation experience with Narrator. This includes improvements in heading navigation, a more consistent scan mode navigation experience where scan mode is less likely to loop between items, and a more consistent hyperlink reading experience when navigating forwards and backwards. Thank you for all the feedback on the Narrator with Edge experience that you have sent in. These improvements were made based on your feedback. Please continue to send us feedback with Windows + F. NOTE: Microsoft Edge version 97.0.4683.0 or higher is required to take advantage of these improvements on Windows 11 Insider Preview Build 22509 and higher.

You can now configure Start to show more pins or more recommendations based on your preference.[/caption]

[Taskbar]
[Input]
[Windowing]
[Settings]
[Other]
NOTE: Some fixes noted here in Insider Preview builds from the active development branch may make their way into the servicing updates for the released version of Windows 11 that became generally available on October 5th.