And, yes, Microsoft has given itself permission to install Win10 version 1809 on any Win 10 PC that “Checks for updates” @ AskWoody

Windows 10 - How To REALLY Block Windows 10 Updates and Upgrades

This post is not for novice Windows users who only use their PC for email and browsing. You don't have to be a rocket scientist, but should be savvy enough to do things like open Control Panel, open Settings and open a cmd window.

Well, Microsoft appears to have finally done what I have been dreading since the era of forced updates: made it impossible to block so-called "Feature updates" which are really MAJOR upgrades to Windows 10.

IMPORTANT: I am talking about Win10 Home, don't know about Pro and Enterprise which have other tools (such as Group Policy) to gain some control over these forced updates.

Now that Microsoft has completely taken over our PCs and allows us no control at all -- what's next? Subscriptions? Where we pay a monthly fee to use Windows? Adios, Microsoft. Hello Linux.

Ever since Win10 v15xx was released, I have been using the following methods to block FORCED Windows 10 Updates (and Upgrades)

This is easy on a laptop with Wi-Fi, but can be done with wired Ethernet.

In the past, for almost as long as Windows 10 has existed, this tool has worked for both updates and more importantly upgrades. Until December of 2018, that is. In both Dec '18 and Jan '19 when I followed my normal process

1. Until ready to update, use the tool to Hide (Block) *ALL* updates

you can leave things like MSO and Flash unblocked but I wouldn't recommend it as Microsoft has dropped (and pulled) a lot of bad Office updates, too

2. When ready, use the tool to Show (Unblock) the updates you want to install

GUESS WHAT? Windows 10 October 2018 Feature update, v1809 immediately started to install!! I was not asked for my approval to [Download] I had to stop service UsoSvc (see below) to interrupt the install. Strangely, the next time I clicked [Check for updates] v1809 did *NOT* appear.

The important thing here is that with a Metered Wi-Fi Connection I should *ALWAYS* be asked BEFORE downloading commences. Apparently Microsoft now considers Feature updates to be critical and so they will install without our permission.

WHAT TO DO IF THIS HAPPENS TO YOU

Assuming the installation of a Feature update has just started, you can use the "SC" Service Control command line utility to stop the critical service "UsoSvc' used by Windows Update

Don't worry, Microsoft will ignore your wishes and later turn the service back on.

WHY AM I CONCERNED?

This time, for the first time, a Feature update (in this case 'Feature update, v1809') does not appear in WUShowHide. This is very worrisome and I cannot find any mention of this evil new behavior anywhere.

If the above link (Microsoft has given itself permission to install Win10 version 1809 on any Win 10 PC that "Checks for updates") is true, it means that anyone (like me) who does not want Microsoft forcing updates down their throats ... is screwed.

UPDATE: IT IS TRUE; I have now had to interrupt the v1809 upgrade several times ... basically every time I click [Check for updates]

This is a terrible thing for Microsoft to do to its customers. As I said, it is possible to interrupt an unwanted 'Feature update' by stopping UsoSvc, but what if Microsoft takes this away? The only alternatives will be

which means you must =>

2. Download all updates from M$ Catalog and install them manually

this is a giant pain in the --- and something we users should not have to do!

Staff member
Nor should you be doing this. You'll have to upgrade at some point anyways since builds are only supported for 18 months then you won't get updates period.
T

Neemobeer said:
Nor should you be doing this. You'll have to upgrade at some point anyways since builds are only supported for 18 months then you won't get updates period.
Click to expand...

I DO INSTALL UPDATES AND UPGRADES when I want, not when Microsoft wants. Who would take a forced update that will hose their machine? Some users who were "adventuresome" enough to install W10O8 v1809 when it was first released (or had it forced on them) LOST DATA! LOOK IT UP. 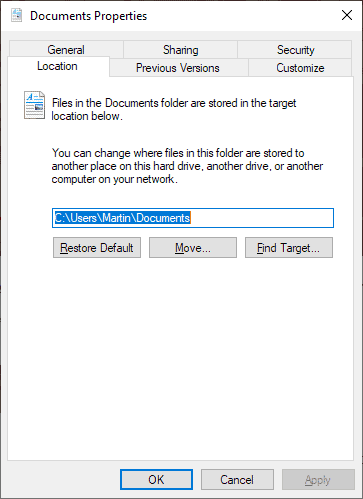 In April 2019 (on one and only one of my 3 home machines) did a FU (Feature Update) show in WUShowHide.
Personally, I think FU could mean something else from Microsoft ...

This is at least a step in the right direction!

NOTE: Supposedly in v1903 already being previewed -- as v1809 was an abysmal nightmare -- M$ will give Home users more control aver FORCED UPDATES. I hope so.

B
Bitlocker Recovery after UEFI update, no Key

Sep 2, 2022
BrutalMoose
B
H
Windows Update seems to have been turned off or disabled